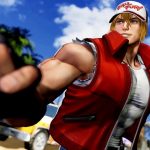 PlayStation had a State of Play event today that showed off plenty of games. One of those games was The King of Fighters XV open beta. This open beta will be here in no time. Take a look at the dates and times below.

King of Fighters XV open beta will be available to players on the PlayStation 4 and PlayStation 5 consoles. As you can see in the trailer below you will see a new mysterious character named Dolores. She has medium powers that allow her to connect and use holy soil. She fights alongside general Heidern and another new character named Isla.

Be excited and prepared to battle this year. Enjoy the trailer below until the beta is released.

If you don’t have a clue what King of Fighters is. Here is a brief rundown of the game’s past.

“The King of Fighters (KOF) first came onto the scene in 1994 and became one of SNK’s leading fighting game series. Excluding spinoffs, the series has now reached 15 mainline titles (currently KOF XV), and its classic 3-on-3 team battle system is as robust as ever. KOF is also known for its large roster, and KOF XV does not slack in this department either as it boasts 39 playable characters on launch. Vibrant and powerful special moves shake up the stage as Shatter Strike, a new gameplay mechanic introduced in KOF XV makes fights more exciting than ever.” – PlayStation Blog

Let us know how you feel about the King of Fighters XV open beta in the comment section below. It also only takes a second to bookmark Lordsofgaming.net for all of your gaming news.