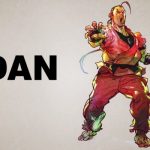 You are reading
Capcom Adding Dan, Rose and More To Street Fighter V

Capcom held its Street Fighter V Summer Update recently and made a few announcements sure to excite longtime fans.

Street Fighter V‘s Director Nakayama-san and Producer Matsumoto-san delivered updates coming to Street Fighter V: Champion Edition. First up, fan-favorite and parody character Dan is finally making his debut. He is scheduled to release Winter of 2020. Following Dan will be Rose from the Alpha series and SF4. The development team plans to release Rose in Spring 2021. Oro from Street Fighter III was the next character to be announced. He will be joining the 40+ character roster in summer 2021. Along with Oro in the summer comes special guest Akira Kazama from the classic Capcom title Rival Schools: United by Fate. The final character in the Season 5 DLC will be announced at a later date. 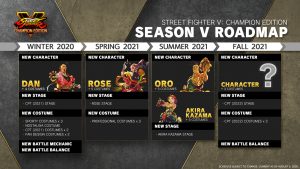 Capcom confirmed the new characters in Season 5 will not be included with a purchase of the Champion Edition. You can catch the full 16 minute presentation below.

The leading duo also announced Street Fighter League will be going global for its third season. This will extend competition beyond U.S. borders, allowing the best in the wold to compete against each other. More details can be read here.

Lastly, a free trial for SFV is now live on PS4, PS4 Pro and PC. PS4 users will be able to play the free trial now through August 19. PC players have access to the game until August 10. All 40 characters will be unlocked to play. Street Fighter V: Champion Edition is also on sale for a limited time.