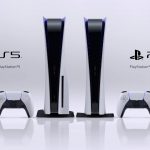 You are reading
Rumor: PlayStation 5 Event Could Be Coming Later In August

One of the last saving graces of 2020, will be the launch of next-generation hardware. Both Xbox Series X and PlayStation 5 are reportedly set to release this holiday. Though, as it sits right now, we still little to nothing about the actual units. Both Xbox and PlayStation have been locked in a standoff in who will show their full hand first. With an Xbox event long been hinted for August, it was just a matter of time before we heard something PlayStation related.

In a report from Bloomberg earlier today, that detailed PlayStation’s financials. It was revealed that their possibly could be a PlayStation 5 related event later this month. However, this was a tentative plan, and like many things in this industry right now. This could all change in a matter of moments. As we saw with the delay of Baldur’s Gate 3 earlier today. Anything can happen and change these plans. However, after the success PlayStation found with their primarily software-focused June event, it feels like its time to hear more about the next-generation console.

“An official at the PlayStation unit, who asked not to be identified because the plan is not yet public, said Sony’s next announcement regarding the PlayStation 5 is tentatively scheduled for this month.”