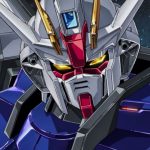 Netflix is investing plenty of time and money into making live-action anime adaptions. However, their successes have been mixed at best. Many hated the live-action Death Note,  though it was the whole reason I started reading the manga it was based on and watching the anime. Now fans will be getting a live-action Gundam and the first image has been released. It looks like it won’t disappoint fans.

As you can see in the photo below we have our first look at the Gundam machine. This movie was originally announced back in 2018. No word on the plot has yet been released. If you need to know what the series is about, take a look at this brief synopsis.

The original Gundam series is set in the Universal Century, an era in which humanity’s growing population has led people to emigrate to space colonies. Eventually, the people living in the colonies seek their autonomy, and launch a war of independence against the people living on Earth. Through the tragedies and discord arising from this human conflict, not only the maturation of the main character, but also the intentions of enemies and the surrounding people are sensitively depicted.- Legenary Movies

At the moment, we don’t have any information on a release date. In fact, we know nothing other than that the movie is still being made and that it will only be on Netflix. This should be an exciting time for fans of the Gundam series. If this movie does well we could see a series of live-action movies. As a fan of Godzilla, we might even see some sort of strange cross-over one day.

In other adaptation news, starting on November 19th fans will be able to watch the live-action Cowboy Bebop show. This show will only also air exclusively on Netflix.