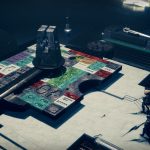 You are reading
The Witch Queen Drops and Crafting Problems

The honeymoon phase for The Witch Queen is over. The newest expansion for Destiny 2 has been out for a little under a week, but there is a good campaign to experience and a varied patrol zone to enjoy. There are multiple problems slithering around in the bright content-filled garden of grinding. Below is a few issues that will painfully grind away at everyone’s patience if left unchecked.

While it is a rather neat concept. The forge introduced in The Witch Queen brought with it a few issues. The first is its own unique economy and how unrewarding it feels. While you grind out in the game, select weapons that drop can allow you to extract a pattern from them. These patterns are required to create them using the forge. To extract you would have to eliminate countless foes or do a few activities with the weapon equipped. You would need to do this for 2 of the same weapon if it drops with an extractible pattern to unlock it in the forge. 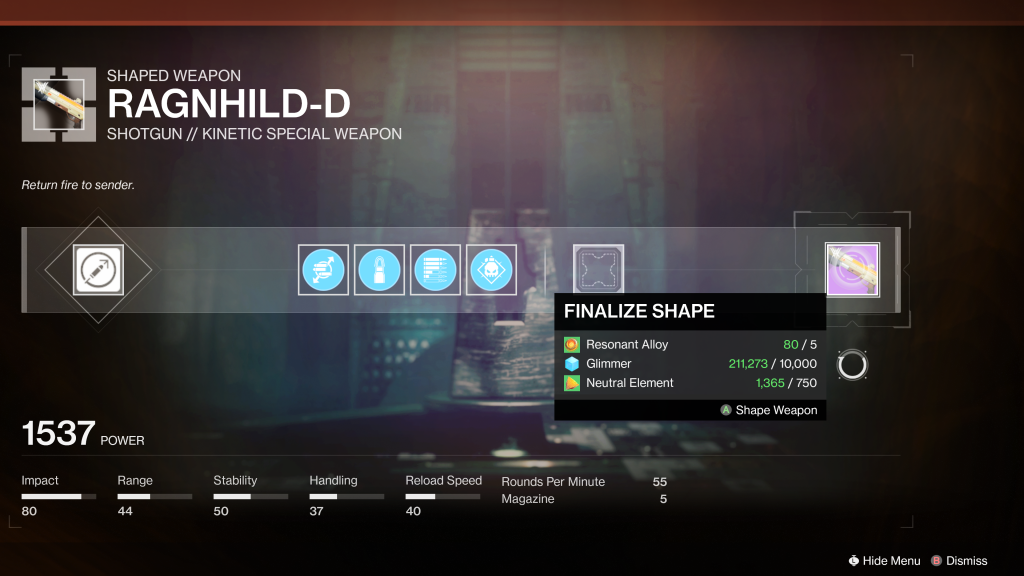 This already presents a problem where you cannot actively seek out a majority of the weapons you can craft. While the multitude of engrams that these drop from can also be pieces of armor. Adding 2 whole layers of rng where only 1 should exist. When you extract these patterns and unlock the weapon you can then craft them at the forge.

So what’s the economical problem you ask? Well, each extracted pattern yields two hundred “Neutral Elements” where you are required to use eight hundred of this resource to craft a single weapon. So you are now relying on two layers of rng to get four drops to just craft a weapon. It’s way more tedious than it needs to be and this is just for the base version of a gun with no special perks.

Simple. Remove the base cost to craft a weapon. You’re not allowed to use any good perks on a gun until you level it a bunch and to add those advanced perks. Which will require potentially thousands of neutral elements. If you have to equip weapons you randomly acquire through sheer luck and do a lot of activities to just get enough resources to unlock special perks. After using a weapon for so long you might not grow too fond of it. There should be no cost to craft the base model of the gun itself. Especially if you need to craft multiple weapons for a specific quest.

The “Wellspring” activity in The Witch Queen is honestly very fun, albeit very slow at times. There are two variants to this activity that activates on a two-day rotation. Today is Attack, tomorrow is Defend. Going alongside this was a quest provided by the investigation board named “Relic-Data”. This is a multiple-step quest where, as I mentioned before, you need to craft multiple weapons. The first round of weapons you need to craft was not the issue, rather the second round of weapons. 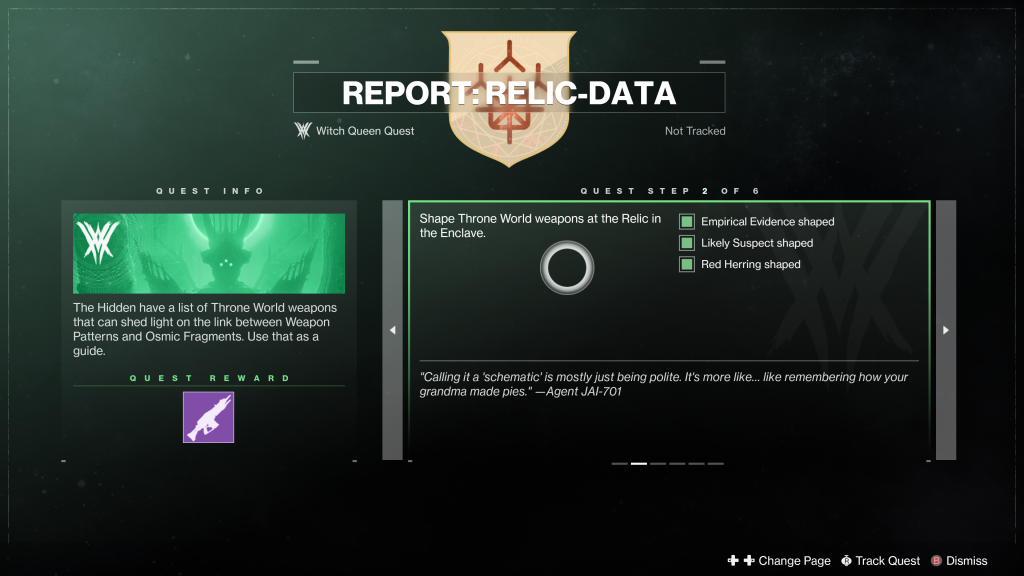 In the Wellspring on a four-day rotation, there are specific weapons that can drop from the activity. Relic-Data requires weapons that can only drop on specific days and as I mentioned before, the two-layer rng applies to this as well to an “uncommon” drop. Meaning it has a low drop chance as is, and you need two of the same weapon with patterns to extract and then craft it at the forge to progress in the quest. 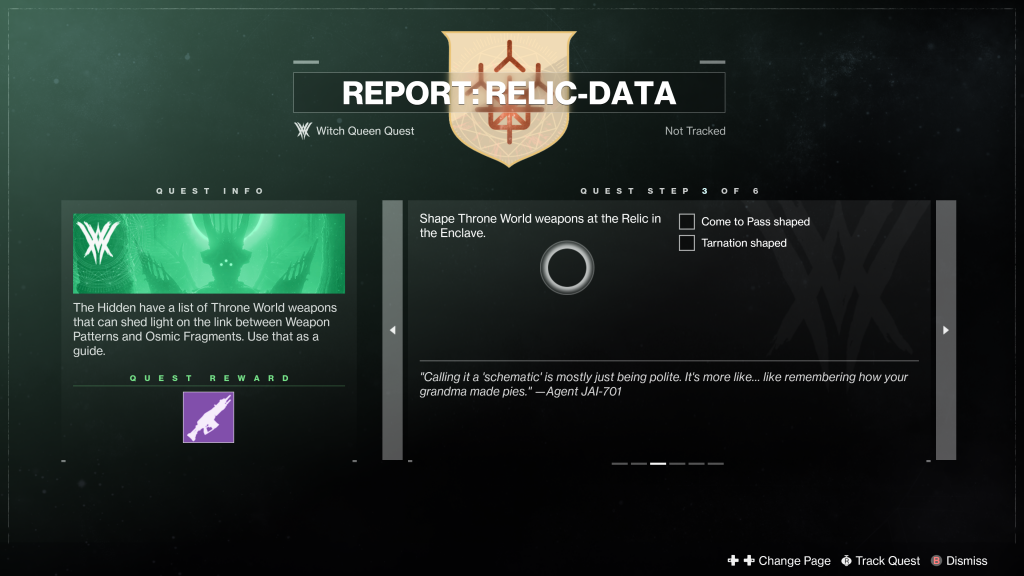 Basically, you need to play the activity on certain days for the low chance of the weapon and continue grinding until you get two low chances for the pattern to be extracted from the drop itself. Creating an unreasonable grind in a long activity to just progress in a quest.

All that really needs to be done is for the daily weapons to have their drop chances increased to “Common” level and if they drop, it should drop with the patterns to extract. One cannot argue “this will make playing the activity worthless” because once you’re done with this quest. You won’t need to do it again anyways unless you want the weekly powerful drop. If you’re lucky to get two patterns within ten runs in a row where I got none, I envy you.

The Witch Queen expansion is actually quite good. But once you start to delve into the post-campaign content. Things begin to feel arbitrarily dragged out for no real reason. There is no reason I need to do twenty-one playlist activities to get an exotic cipher if I can’t get a fireteam to help me. There is no reason I should have to sit in certain spots of the new patrol zone for a secret public event to occur nearly ten times for hours on end to just get one powerful drop and hope it’s something I need.

The forge should not be this resource-consuming and luck required. I am not asking for these systems to be removed or massively changed. All I am asking is for things to be reasonable. That should not be too much to ask for, should it?