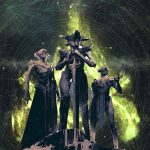 You are reading
The Witch Queen Hints at a Poison Subclass

Destiny 2 is a live-service, looter-shooter. It generates much fame and conversation. This is especially true with the studio recently being acquired by Playstation. Additionally, the game is rich in lore. The narrative team has delivered excellent story-telling. The Witch Queen is the latest expansion by Bungie. Although setbacks occurred with its development, The Witch Queen is generating a lot of buzz. Yet, the developers interweaved a compelling story. A story that also hints at a poison subclass.

Destiny is a story about the Light and Dark. Guardians (player characters) are agents of the Traveller. Primarily, they wield light. This is divided into three subclasses: Void, Solar, and Arc. Beyond Light shook up the formula. Consequently, darkness subclasses were introduced. Stasis transformed the narrative.

Stasis serves as a subclass and energy type. However, stasis weapons differ from normal. In contrast, these weapons are in the kinetic slot. Beforehand, the light-based weapons resided in the energy slot. Heavy weapons still contain all four. Seemingly, Bungie is working toward three darkness-based subclasses. In a similar fashion, this will match the light counterpart. Previously, Bungie confirmed the second darkness subclass is being developed. All evidence points to The Witch Queen being the original goal. Despite the delay, its story still paints a clearer picture.

A poison subclass has been teased for years. Subsequently, Bungie gave players a potential glimpse with Thorn. Thorn is an exotic hand cannon in Destiny. The weapon poisons its target with each shot. The lore surrounding Thorn touches on “weapons of sorrow.” In short, they are weapons augmented by Hive magic. This gives them a lethality to paracausal beings like Guardians. Additionally, the poison archetype was expanded upon with Necrotic Grips. 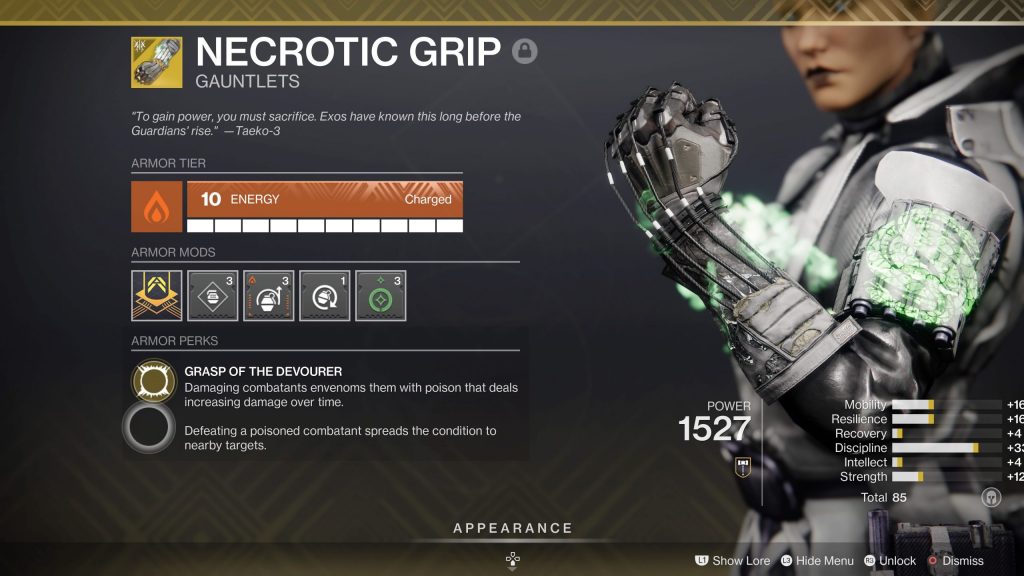 These exotic gauntlets debuted with Beyond Light. Necrotic Grips poison targets with melee hits. Moreover, the poison spreads to other targets. The effect also works in tangent with any poison source. Lastly, The Witch Queen introduced Osteo Striga. This exotic SMG poisons enemies as well. Presumably another weapon of sorrow, the poison effect synergizes with Necrotic Grips once again. In summary, these three items already simulate a poison subclass playstyle. The weapons are located in the kinetic slot as well. Missing from the equation is a story beat for Hive magic obtained by guardians. On the other hand, Savathûn herself unknowingly granted a direct path to this goal.

Savathûn’s worm was excised. It separated from her during the finale of Season of the Lost. That story thread is continued in The Witch Queen. “Of Queens and Worms” is a questline that unlocks after completing the campaign for The Witch Queen. Here, players acquire the Parasite at the end. It is an exotic grenade launcher. Savathûn’s worm powers the weapon. The worm itself is the key. It holds as much, if not more, knowledge as Savathûn. Moreover, Mara Sov concluded the worm to be more valuable alive than dead. The Parasite holds a lore entry from Mara. Critically, she warns Guardians to keep it safe. The worm’s knowledge will be needed again. 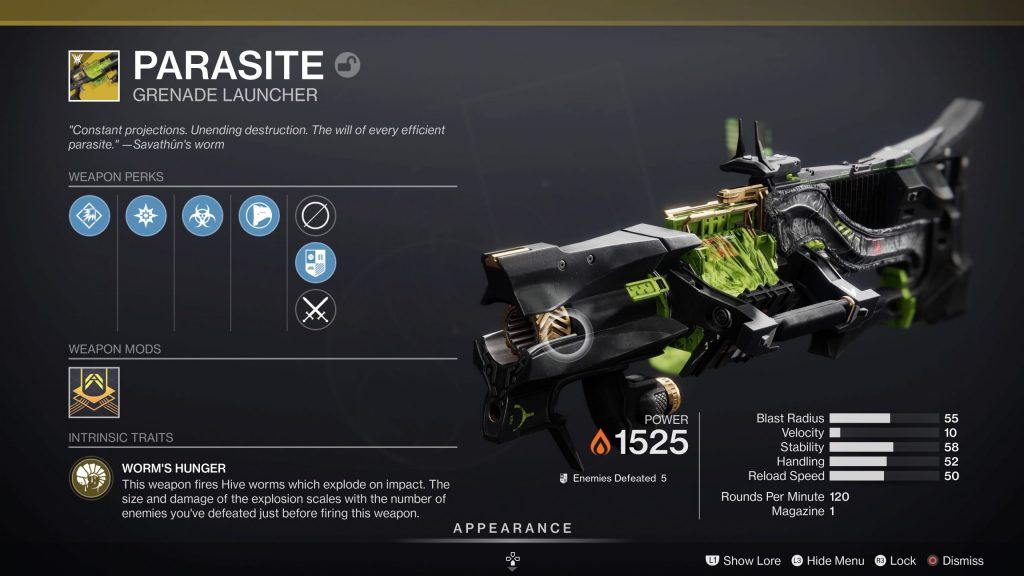 Mara’s warning of the impending darkness

Savathûn’s doom may become the savior of humanity. To this end, the worm will spin the secrets of Hive magic. Guardians will gain new power. The poison subclass undoubtedly will tip the scales between Light and Dark. However, there are few options left.

A year of seasons lies ahead of The Witch Queen. First, Season of the Risen uncovers the mystery behind the Hive Guardians. The others remain unknown. It is possible for the poison subclass to debut in a future expansion. However, Bungie pointedly tied Stasis to the marketing for Beyond Light. Therefore, the new subclass will probably be revealed with the next expansion. The Final Shape is the name. It is also explicitly referenced throughout the game’s lore. The sword logic wielded by the Hive for one.

Power that is gained through conquest so that only the worthy remain. This theory is the “Final Shape” proposed by the Winnower (Darkness). Guardians defeated the Sword Logic in the past. The Darkness may seek to turn the Light’s last trump card against itself. Regardless, The Witch Queen has proved players are in for a thrilling conclusion to this saga.