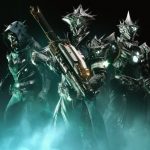 You are reading
Destiny 2: The Witch Queen Showcase

Destiny 2 continues to dominate the live service arena. Bungie (developers of Destiny) took the stage to give fans their first taste of Savathun in The Witch Queen. Additionally, new systems, content, and gameplay changes will be coming as early as this season. Lastly, Bungie brings a new celebration to the game. In honor of its thirty-year anniversary, many exciting things are on the horizon.

Savathun, the Hive god of cunning and trickery, is here. The game’s narrative has teased her arrival for years. Throughout every triumph player’s achieved, her deception was never far. Last season revealed Savathun had infiltrated the last city for some sinister purpose. Consequently, The Witch Queen trailer reveals her ultimate goal may have been to turn our precious Light against us.

Savathun now commands the light with a twisted horde of ghosts by her side. These hive ghosts resurrect slain Hive as guardians, just like the heroes of the Light. These new Hive guardians can also wield the known subclasses: Solar, Void, Arc, and even Stasis. There has been speculation the Light will not be enough to defeat Savathun and her sister Xivu Arath (Hive god of war). However, with Hive guardians also wielding the power of Darkness through stasis, it remains to be seen if a new Darkness subclass will come in the year of Witch Queen.

Take Back the Light

Bungie also showcased gameplay for The Witch Queen. The featured destination is Savathun’s throne world (a dimension of the owner’s making). It is hauntingly beautiful, with eerie landscapes and dark interiors when Guardians breach the palace. Fans of the Presage mission will enjoy a similar atmosphere.

A new first-person melee weapon, the Glaive, stole the spotlight in firefights. This weapon is similar to a bayonet in function. The player is able to fire energy blasts at a distance and execute melee strikes in close proximity to the enemy. However, this weapon will deviate from the usual quest rewards or chests of Destiny 2. The Glaive heralds a new system of weapon grinding to the game in the form of “weapon crafting.” Players will be able to craft every weapon inside The Witch Queen along with seasonal weapons. Bungie has described the system as being more versatile than the current Umbral system. 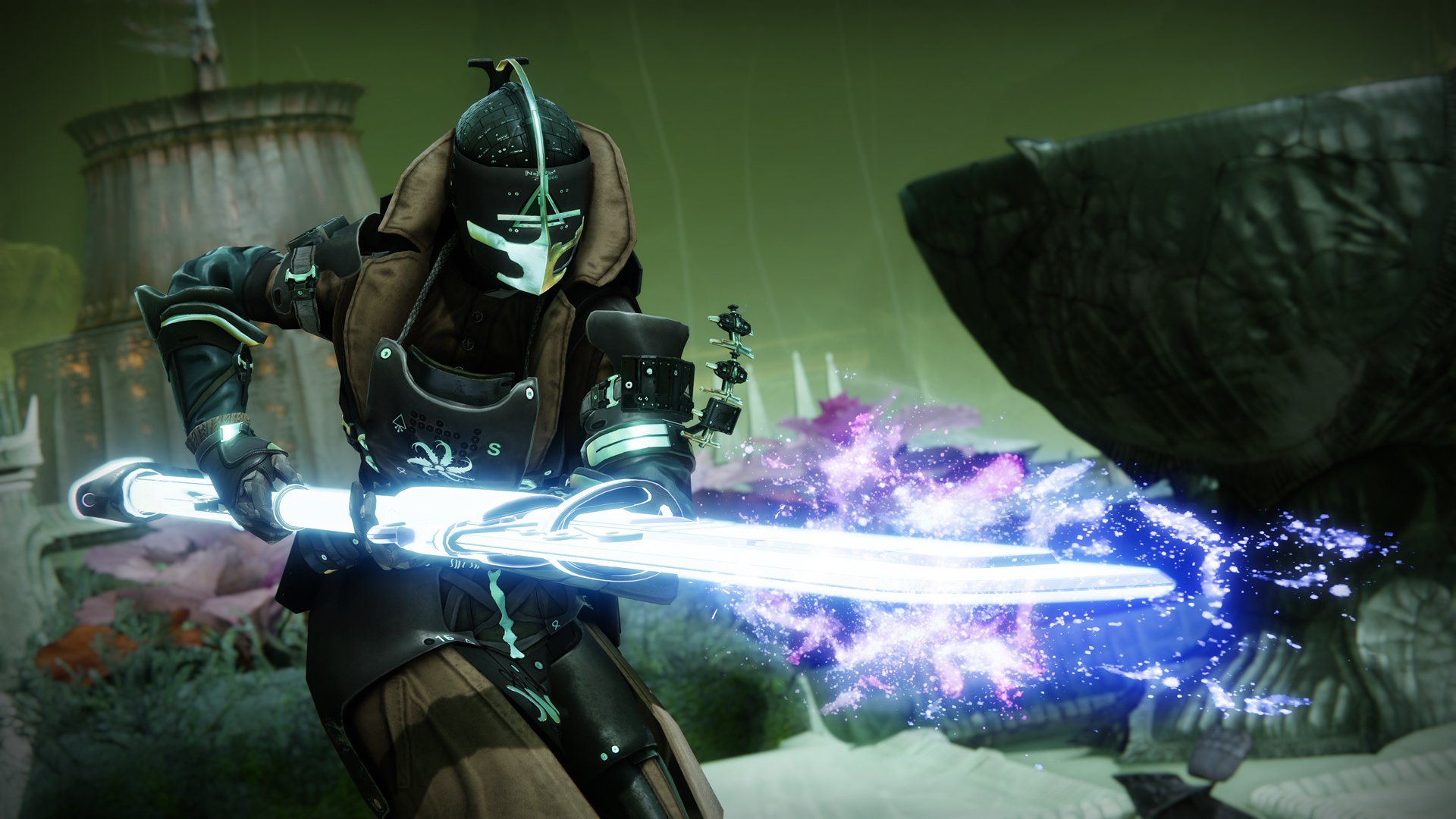 Lastly, the campaign for The Witch Queen will also debut with a new difficulty mode, Legendary. This mode will provide a challenging experience for Guardians. The difficulty of enemies will also scale depending on the number of guardians in your fireteam.

Season of the Lost will lead the narrative up to Savathun’s reveal. Mara Sov (Queen of the Awoken) is back. She will be the chief correspondent for Guardians as they venture forth to find her witches. Season of the Lost will last longer than normal as The Witch Queen debuts on February 22, 2022. Bungie stated fans should expect the usual cadence of seasonal events along with additional Bright Dust to earn.

Additionally, Bungie is celebrating its 30th anniversary. December 7 will bring a free event to players. This event includes a new six-player activity, story beats, and in-game rewards. Those looking for even more rewards can purchase the Anniversary Pack. This pack armor pack includes many cosmetics, such as the Thorn-inspired armor set, as well as the debut of Gjallarhorn inside Destiny 2. Other Destiny 1 weapons, like Eyasluna and 1000-Yard Stare, are also included.

Lastly, the long-anticipated Trials of Osiris revamp will debut with Season of the Lost. The community has felt a dire need for the game mode to be addressed by Bungie. Chief changes coming include:

More details will be revealed by the team through a full article on August 25.

The last expansion to conclude the Light versus Darkness saga is revealed. “The Final Shape” will debut after Lightfall. This will transform the landscape of Destiny forever. Where Bungie takes this mythos next, will be an exciting sight to behold. In the meantime, The Witch Queen will kick off this final trilogy. The reveal showcase can be viewed here. 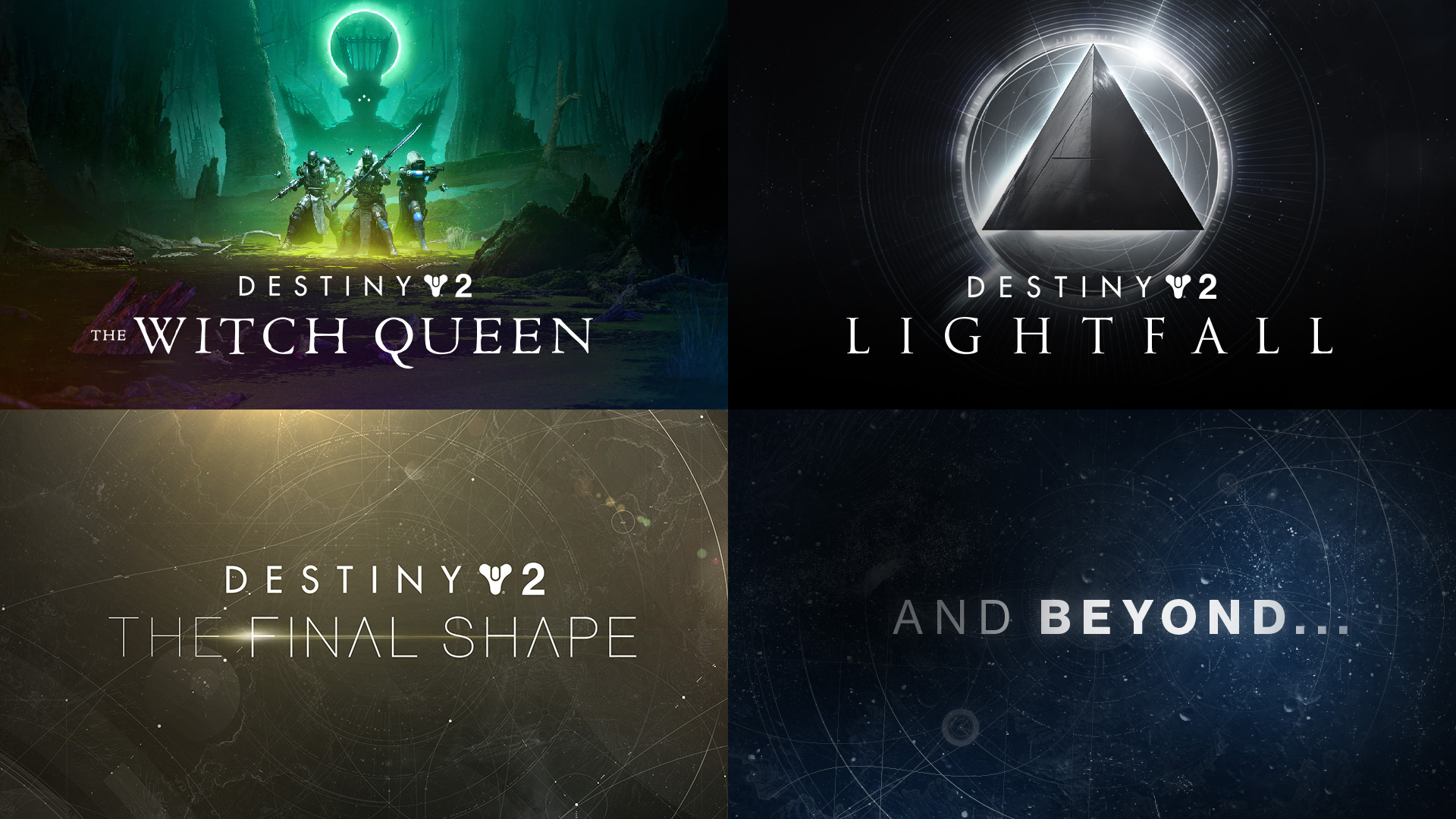 The expansion launches on February 22, 2022. The deluxe edition grants players an exotic SMG with its catalyst, access to all seasons in The Witch Queen, two dungeons, and an exotic sparrow. The deluxe edition 30th anniversary bundle includes everything inside the deluxe edition and the 30th-anniversary pack. Players who preorder any edition, including the standard, will receive the exotic Throne World ghost shell, Enigmatic exotic emote, and a legendary emblem. 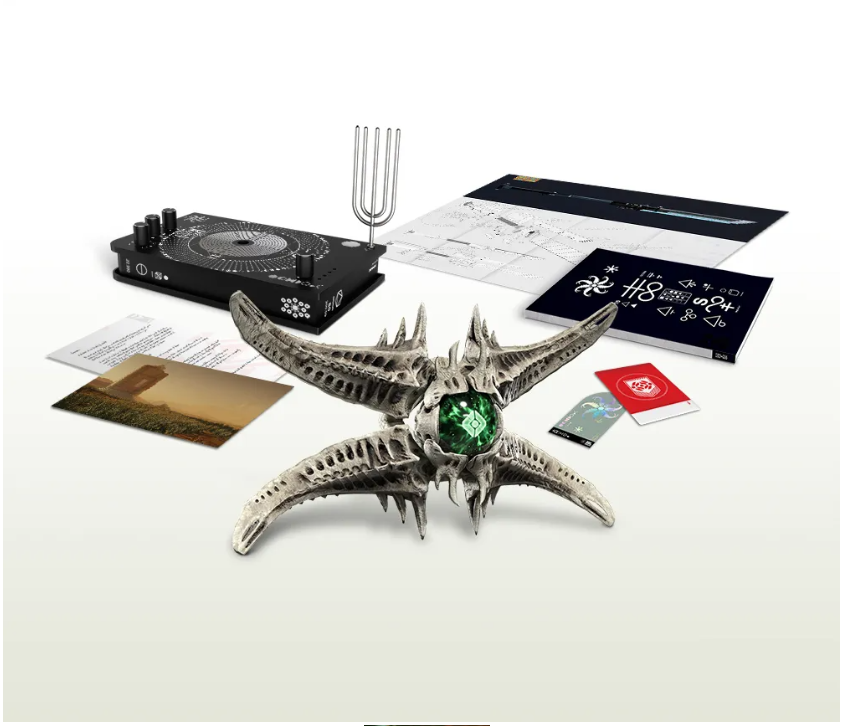 Lastly, in tradition, there will be a collector’s edition available. The collector’s items are a hive ghost replica, lore booklet, hidden psychic investigation kit, and other story secrets. The collector’s edition will ship prior to release and is estimated to arrive by February 22, 2022. No matter which edition you preorder, will you survive the truth? This saga has been building to this moment and Bungie has cultivated a strong community since going independent. Are you excited about The Witch Queen? Let us know in the comments down below. We’ll see you starside.