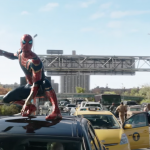 You are reading
Watch the Spider-Man: No Way Home Trailer

Fans can rejoice, we finally got the new Spider-Man trailer. After two different leaks, the first official trailer or Spider-Man: No Way Home was released. This ties into the events that have been happening with the recent Marvel shows.

The trailer shows off so many amazing things from the MCU. It confirms so many rumors that we all wanted to happen. Take a look at the trailer below.

In the trailer for Spider-Man: No Way Home, you can see some events that lead to Peter Parker looking for help. That help comes from Dr. Strange in a form of a spell. This spell is going to make it so no one knows he’s Spider-Man. It looks like everything gets turned upside down. We also get to hear a certain villain and then we see one of the greatest villains to grace the screen. Alfred Molina appears as the one and only Dr. Ock. The worlds have truly collided in this new film.

Expect more casting news as we get closer to the movie’s final release. Spider-Man: No Way Home is coming to theaters on December 17th. Until then, fans have the show What If?… to watch each week. It seems that the show might have clues to possible live-action versions of certain characters showing up in movies.

The second Marvel movie to hit the big screen is Shang-Chi and the Legend of the Ten Rings. The movie will release in theaters on September 3rd, so be on the lookout for that. Tickets are now available to purchase, and Shang-Chi will not be released on Disney+ yet.