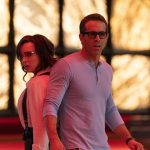 This weekend, the PAW Patrol: Movie was released in theaters. It was unable to topple Free Guy from the top of the mountain. The other movies that were slated to be released didn’t do much at the box office either.

Free Guy was able to gross an estimated $18.7 million this weekend. This film now sits at $58.8 million domestically and $111 million worldwide. Given it was only released in theaters the figures are not too bad. However, China will be getting this film on August 27th. With that said, expect a spike in Free Guy‘s worldwide total.

PAW Patrol: The Movie was looking to take over the box office. Usually, animated films usually stay on top for weeks. With the pandemic changing how movies are distributed, look for this film on Paramont+ as well. It grossed an estimated $13 million. At the moment, the Paw Patrol: Movie is sitting at $34 million worldwide. Before it’s finished at the theater it could end its run around $100 million. Jungle Cruise continues to make money for Disney. This weekend, the film grossed an additional $6.2 million and is now sitting at $173 million worldwide.

The other three films that were released this weekend didn’t do so well. The Protege, The Night House, and Reminiscence all grossed under $3 million at the box office. It looks like non of these movies will have much impact on the box office in the next couple of weeks. Expect all three of them to drop off the map.

Look for one movie to be released in a wide number of theaters. The horror movie Candyman will be coming out on August 27th. After that, Marvel fans can watch Shang-Chi and the Legend of the Ten Rings on September 3rd. Some of you may have noticed that the Spider-Man: No Way Home trailer was leaked online. If you watched it, just don’t ruin it for everyone else. Rumor is that the trailer is to be released today on August 23rd.