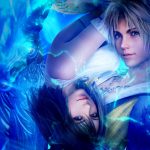 For those that loved the Final Fantasy X experience and its sequel, many have wondered if the third game in this particular iteration of the Final Fantasy universe would ever be a reality.  It looks like those X-3 dreams could be coming true.  Director Tetsuya Nomura has confirmed that a Final Fantasy X-3 concept in motion with the story already written.  However, the caveat is that it is still a long way off as the team focuses on the Final Fantasy 7 Remake.

In an interview with Famitsu, a Japanese gaming magazine, Nomura confirmed the existence of X-3‘s story, saying, “If we are to make X-3, we somehow have a synopsis written by Final Fantasy X writer Kazushige Nojima.”  He added that “it’s sleeping right now, but the plot itself does exist.”

While he did confirm that the probability of returning to Spira is “not zero,” he did add that Square Enix is fully focused on Final Fantasy 7 Remake at this time.  At this time, we still do not know what the second part of  Remake entails. We also do not know how many parts there will be. It could be many years before we ever see anything concrete about Final Fantasy X-3.  Still, the knowledge that a story is written and the desire to return to this narrative is good news for those hoping to return to the Final Fantasy X series.

Regarding Final Fantasy X and X-2 and its HD remaster, “This HD collection features a 30-minute audio drama teasing that the quest to save Spira is hardly over,” Set three years after defeating Sin, the scenario introduces two new characters named Chuami and Kurgum.  Chuami has an interesting connection to one of Final Fantasy X’s main characters, while Yuna, Tidus, and other cast members reveal what they’ve been up to.  When a new mystery emerges, it forecasts a great danger is looming again. However, the audio drama leaves it hanging.  Watching this also gives you an achievement if watched on Xbox.  A hint to Final Fantasy X-3?  Time will tell what’s in store.”

It will be interesting to see where the studio takes the X storyline, but for now? For now, we wait for more 7 Remake news. In the meantime go back and check out Final Fantasy X/X-2 Hd Remaster on most platforms and also available via Game Pass.