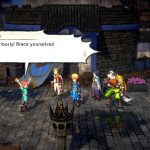 As the year 2022 continues to roll on, we are inching closer to the release of the Action JRPG Eiyuden Chronicles: Rising. With Rising releasing sometime this Spring people can hardly contain their excitement. Murayama appears in the Eiyuden Chronicles discord periodically to answer some questions that the community loves. Always nice to talk to him. In this update, we get a new character profile, in-development Rising screenshots, also some words Murayama and the team. 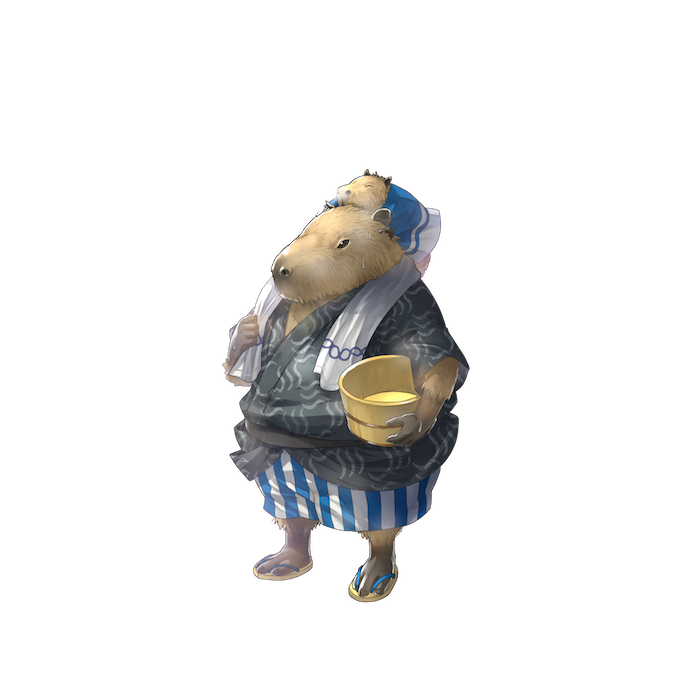 With this Eiyuden Chronicles character reveal, we get someone from the Beastman race named Cabana. Cabana is a 32-year-old male who loves Strawberry Milk. Cabana and his people are master spring diggers who make a living by traveling from land to land, discovering hot springs. Then he turns them into even hotter tourist destinations. Cabana and his capy-kin are quite fond of a good soak themselves! They say if you want to enjoy Cabana’s sublime waters, you’d better respect etiquette. He’s a big stickler for the rules.

In case you were curious that is his son Pyba hanging out on his noggin. So technically another mini character reveal there. In Eiyuden Chronicles, you can see Cabana say things like “Ah, well lookie who’s here! Have a soak, friends. Sink right up to your chinny-chins, and don’t forget to count to a hundred.”

When it comes to the character of Cabana, Kawano had this to say:

When I heard that Cabana was supposed to be the person in charge of the hot springs, I threw together a quick sketch to show everyone and ask ‘how about something like this?’, but it ended up getting used as-is! So, this character ended up being 100% born from my own taste. Personally, I hope that it will be therapeutic for you all to see Cabana and his son in the game, just like it’s therapeutic for me to watch videos of animals who look similar to Cabana pop into hot springs… (Sometimes that’s all I need to heal myself!) 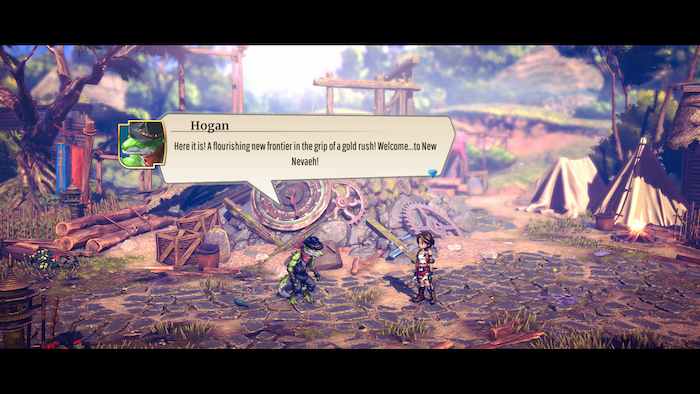 Encounter a vibrant cast of colorful characters as you explore the town of New Nevaeh! 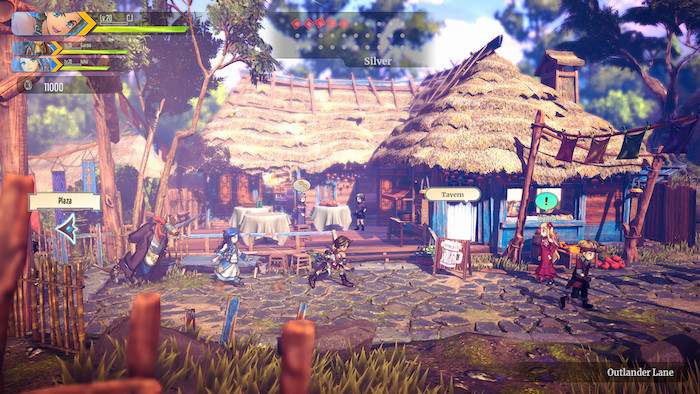 We get to resolve disputes between eager adventurers and wary locals. All while we help to rebuild New Nevaeh to its former glory! 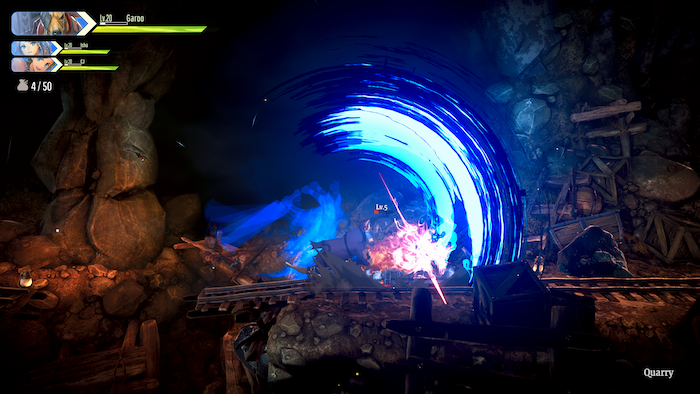 As you play you get to swap between CJ, Isha, and Garoo. All with the tap of a button to combine their skills in exhilarating battles!

In Murayama’s monthly report he wanted to say this about development for the games:

Each different part of Eiyuden Chronicles: Hundred Heroes‘ development has begun to take shape, and we’re currently working on boosting the quality of certain areas that are nearing their final forms. This requires a lot of trial and error, and forces us to face this question time and time again: What would the right answer be for this game?

All games are made with the hope that they’ll be fun to play, but there are many correct answers to the question of ‘What’s fun to play?’ And of course, each game provides its own unique answer. Some games aim for maximum fun by charming players with beautiful graphics, while others aim to squeeze out as much fun as they can by making the controls as feel-good as possible. The hard truth is that sometimes, none of these elements end up clicking at the same time.

For a simple example, think about ‘fast response times’ and ‘detailed animations meant to maintain a distinct atmosphere.’ Sometimes, it’s impossible to fulfill both of those conditions at the same time. We’re lucky to be blessed with an amazing environment in which to work on our game, but we still have a limited amount of development resources. So we’re often faced with the question of: Which area should we pour the most resources into? If we put X amount of resources into Area A, it means that Area B will end up with a more simpler design, but sometimes that kind of decision has to be made.

One of Eiyuden Chronicles: Hundred Heroes’ greatest draws is its diverse cast of characters, and the fact that players can choose their own favorites out of a slew of unique individuals and make use of them how they wish. But…how far should we truly go in terms of realizing it all? That’s what the right answer for Eiyuden Chronicles: Hundred Heroes is.

In Eiyuden Chronicles not only is character design important but the illustrations are as well. So when it came to illustrations Kawano wanted to say this:

This month, I’d like to talk about what sort of style I use when drawing character illustrations. Based on a discussion that happened back when we first started Eiyuden Chronicle: Hundred Heroes. Basically, I started out by discussing different things with Murakami J, our art director. We came up with the idea of going with watercolor for everything. (I actually haven’t done any analog drawing for a long time, so technically it’s a digital watercolor ‘style’).

So, anyway, I tried doing a test drawing… It ended up taking way more time than I expected, which robbed me of any confidence I had in being able to draw over 100 illustrations in that specific style. On top of that, the atmosphere of the art itself also seemed to harken back so much to the olden days that I thought “Maybe this isn’t ground that I should be retreading at this point,” which brought me to the style I’m currently going with.

As you can see below, A is the watercolor style art that ended up getting scrapped, and B is the style we’re going with now for Eiyuden Chronicles. (I’m very sorry to people who preferred the A style!) This art also comes from a time during the character design stage when we were doing trial and error. Back when we were deciding whether certain characters should wear hats, so that aspect of the design is different as well… But that’s all part of the charm, wouldn’t you say?

Just two months into 2022 and plenty of information has been revealed. In just a few months we will have the Action JRPG Eiyuden Chronicles: Rising to play and people are ecstatic. I expect the world map to be released within the next few months to reveal this great world to us. Hopefully, this companion game will be able to hold over the fan base until the Turn-Based Eiyuden Chronicles: Hundred Heroes releases next year!

Rising will provide plenty of information and background information for the main game. To everyone that plays Rising make sure to complete as much as you can of the game, as some things carry over into Hundred Heroes! Both the games will be available on multiple platforms. Don’t forget though thanks to the deal with Xbox both games can be played on day one in Game Pass!