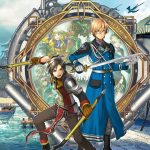 Eiyuden Chronicles is back with another monthly update from the team for August 2021.  This update includes a new character profile, a showcase of one of the monsters from the game, and a Murayama monthly update. 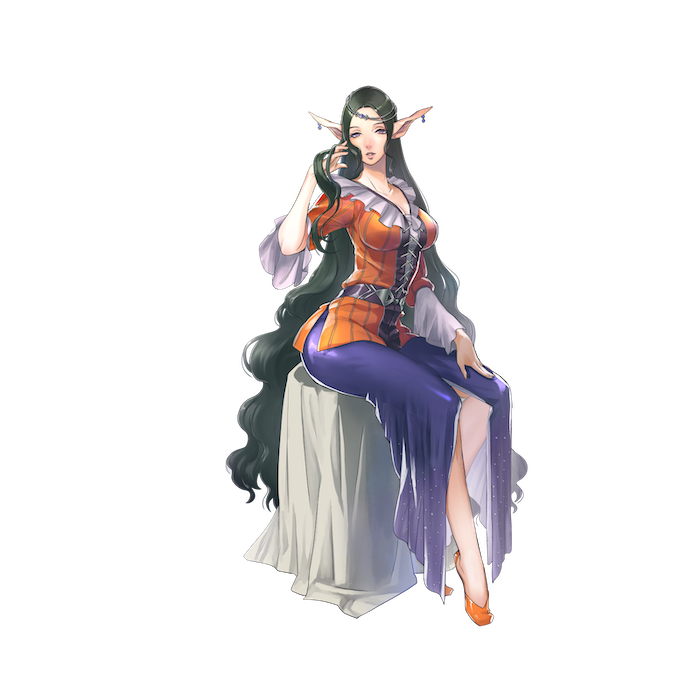 The character reveal for August 2021 is the very beautiful Elf Cassandra. Cassandra is an in-keep in Eiyuden Chronicles who you’d think would at least try to feign industriousness. But she always comes across as a bit languid. Even with this demeanor, it doesn’t stop her from tugging at the heartstrings of the boys. Who are never quite sure what part of her they’re allowed to look at.  Her favorite drink is Wine from Bronni. Cassandra hails from an Elven town, but no one knows why she left there. Cassandra would say things like “Oh… *yawn* Welcome. Aren’t you a cutie? Staying the night? I have a fine wine that’s just begging to be…mm hm hmm…uncorked.”

Junko Kuwana had this to say about Cassandras’ development:

“While coming up with her design for Eiyuden Chronicles, I had imagined her as a voluptuous elf who had a nurturing side to her, like that of an elder sister. She’d be able to drink anyone under the table but still have the patience to run an inn; while having the finesse to discern her patrons’ unique quirks with a single glance. I was requested to give her some sort of accessory on her head that would indicate where she was from. It seems there might be a backstory to these here.” 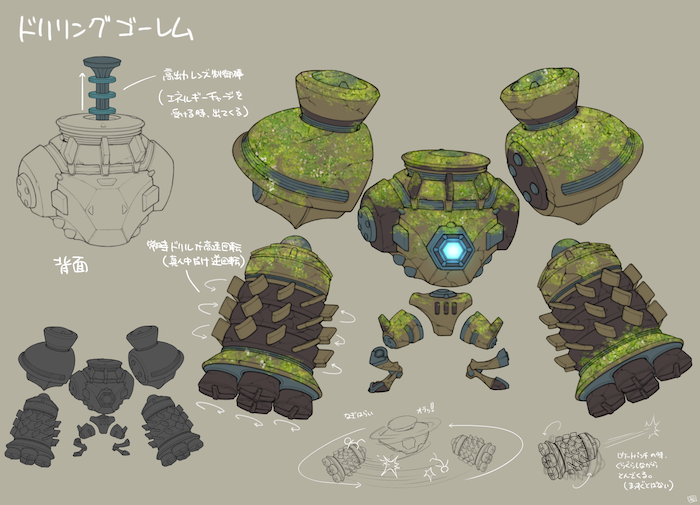 This rune golem variant known as the Golem Pulverizer has been sighted in the area known as the Runebarrows. If you see a pair of massive, meat-grinder arms hurtling toward you then you know you have found it.  This will be some tank-like monster that you will have to beat on quite a bit to take down. The working theory is that it’s powered by a lens.  Lens’ are magical items that are usually equipped to the characters that have different magical properties and spells.

Murayama has this to say about finalizing the story and the writing process:

My main task for Eiyuden Chronicles right now is to finalize the story which means coming up with the general dialogue as well as locations (including what happens in each place). This month, I’m tackling Chapter 3—I say Chapter 3, but we still haven’t decided how many chapters the game will contain or whether it’ll even consist of chapters, but in terms of script writing, I’m just over the first hump after the opening. In the process of writing, you can end up with unexpected dilemmas—forcing characters who haven’t made an appearance in the story yet to suddenly show up or giving minor characters a major part to play in the plot.

Eiyuden Chronicles will have 110 unique characters, so when it came to this and the character profiles, Murayama said:

When creating a character’s profile, trying to decide on a name for them can take up the most time and cause the most headaches. To begin with, I try to come up with a name that matches the traits of the character. For a solemn, dignified character, I might mix in elaborate sounds to give off the same impression. If they’re a happy-go-lucky kind of character, I’ll try and give them a catchy short-and-sweet name.

With an ensemble cast spanning over 100 characters, I have to consider how easy it would be for a player to remember each individual name as well. If you have 100 characters with unusual-sounding names, no one’s going to be able to remember them, so I try to pick names that might sound somewhat familiar or be easy to remember. At the same time, however, if you have names that are too ordinary, then you run the risk of losing that heroic edge to your characters.

Each month we get closer to the companion game Eiyuden Chronicles Rising and 2023’s EC’s Hundred Heroes. As time progresses, we continue to get these inside looks into what we will get to experience. With each update, I continue to get even more excited. You also can’t forget that you can experience both games on all platforms and via Game Pass Day One when released.