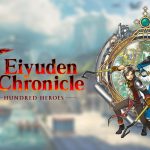 You are reading
Eiyuden Chronicles: The 3 Main Characters

Eiyuden Chronicles Hundred Heroes is currently scheduled to release in 2023 and Rising “the companion game” in 2022. Knowing that we have plenty of time for lots of information. I have continually provided updates about the game each month and one of my favorite things is the character reveals. So today I’m going to discuss the 3 main characters for the main game and the first two expansions. 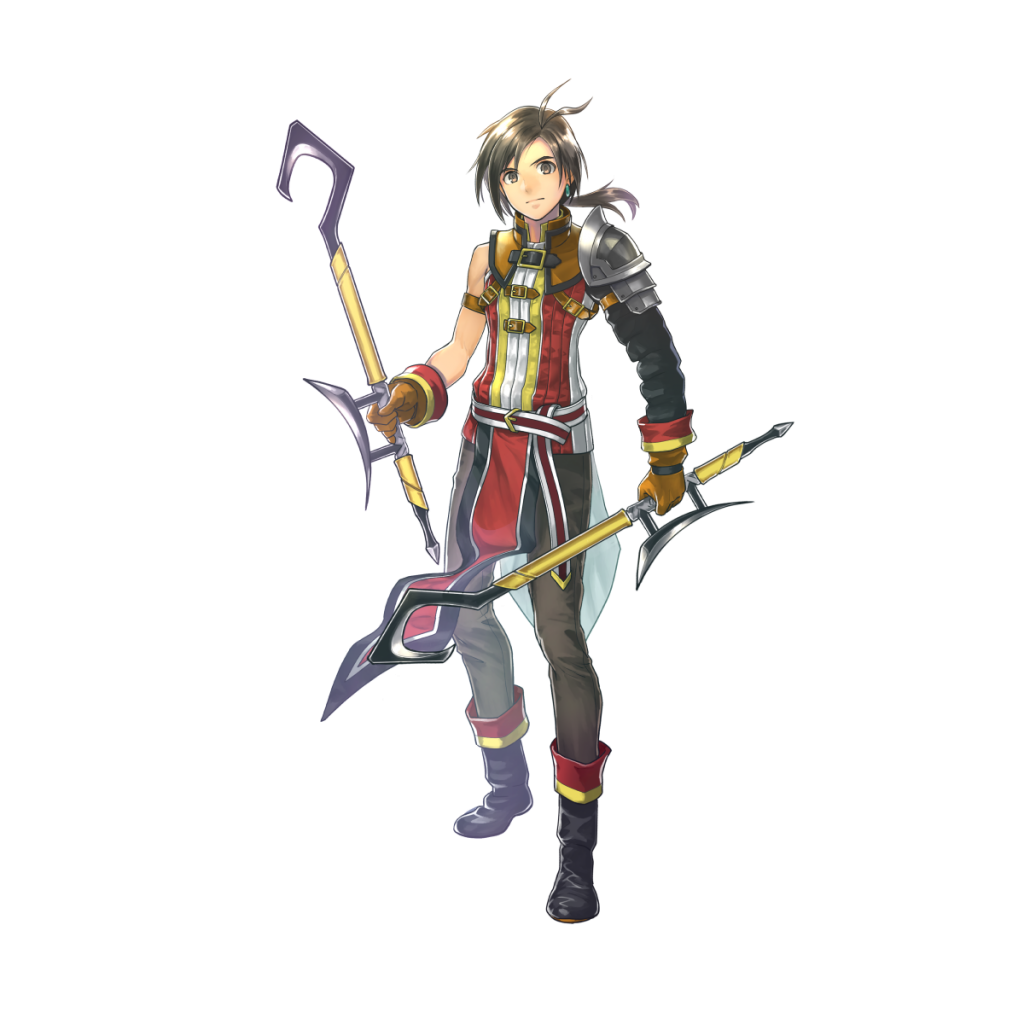 Now our main protagonist for Eiyuden Chronicles Hundred Heroes is the 17-year-old Nowa. His home is in a remote village within the League of Nations. One day the League of Nations begins to recruit warriors to join in an expedition with Galdean Empire and our hero answers the call. While on the expedition Nowa discovers an ancient rune-lens which contains powerful magic. He is completely unaware this discovery would end up sparking a war between the League and Empire. When the conflict begins in Eiyuden Chronicles he decides to join the Leagues Border Guard.

Nowa is said the be a “leap before you look” type of person.  Meaning he doesn’t always weigh the pros and cons before springing into action. He always wants to help people, so he’s usually involving himself in other people’s problems. This can cause headaches for his companions, but they love him for it. If someone was ever in trouble he’d be the first one there to help out.  His favorite food is any dish with meat! 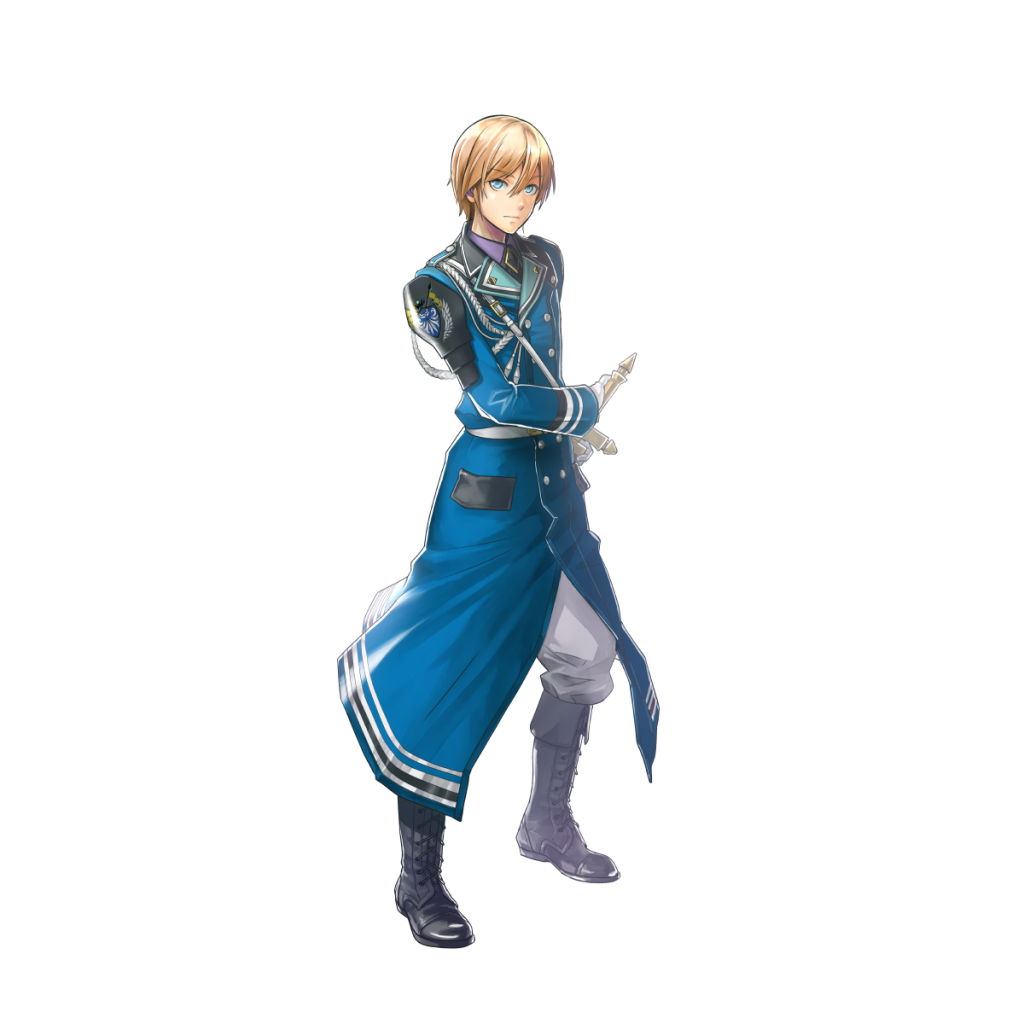 Seign Kesling is an 18-year-old born to the House Kesling in the Galdean Empire. His family is a powerful imperial family in Eiyuden Chronicles and Seign is exceptionally gifted. Due to his outstanding grades at the academy, he attended he was placed in command of a company of peers.  Their mission was to find the ancient rune-lens. During the expedition, he meets Nowa and the two wind up befriending each other.

They overcome adversity and learn more about each other and their goals. Seign has a very strategic mind which allows him to analyze things from a broad perspective and make sound decisions. People often confuse his clear mind for a cold heart, but he is he has very strong ideas and the drive to fulfill them. While Seign thinks a lot about what it means to fight in Eiyuden Chronicles, he also does take some time to enjoy his favorite food Poached Eggs. 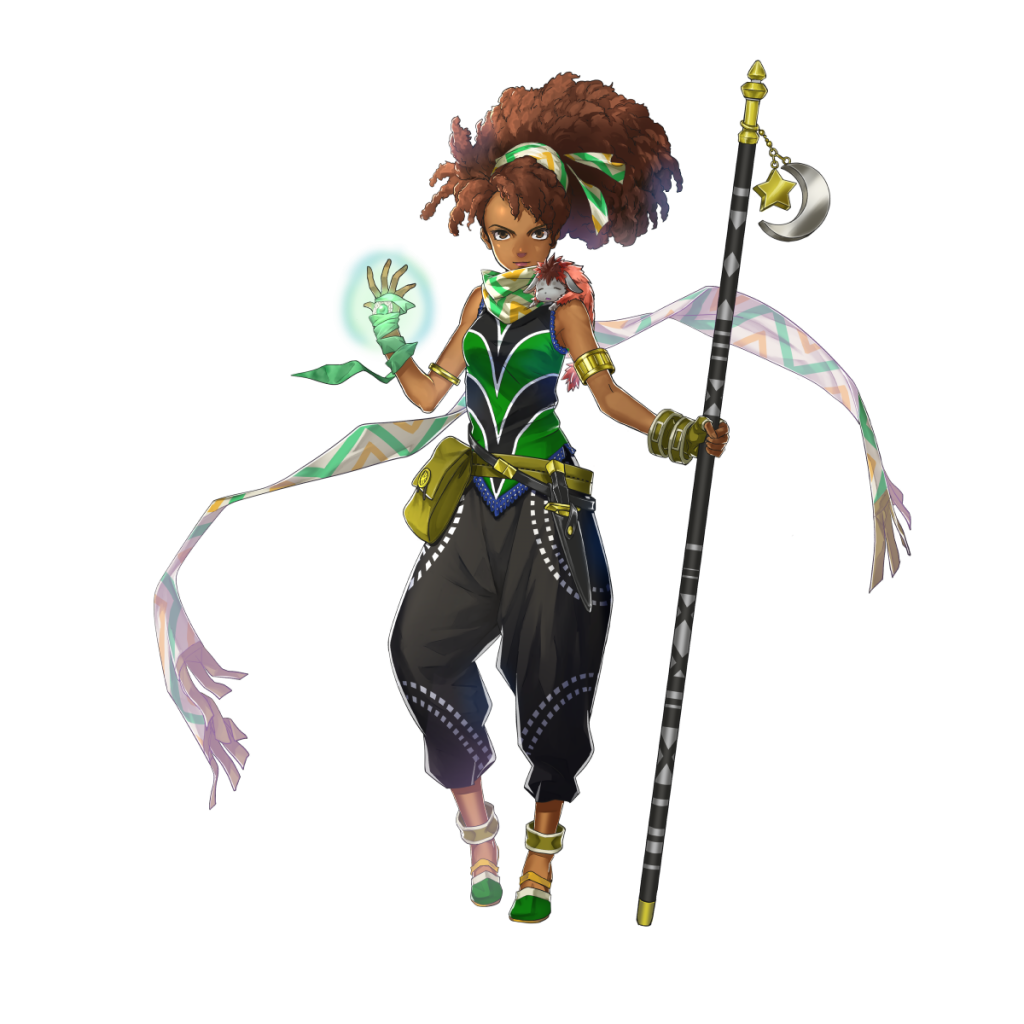 Marisa is 16 years old and her family is a member of the Guardians. The Guardians is a clan that protects the forest. Her family has instilled their ways and traditions into her ever since she was little. She usually has a very warm smile except for when she is on the battlefield where she has the expression of a warrior.  Although the Guardians in Eiyuden Chronicles are a group that lives together with the forest, they have respect for the outside world’s culture and technology.

They put some of the outside influences to good uses when it makes sense for them. In Eiyuden Chronicles Marissa is pretty forward-thinking when it comes to outside influences and loves new things.  She particularly likes scute things as well as enjoying her favorite food Herbed Chicken. Over the years Guardians have developed unique skills for wielding the rune-lenses. This leads to both Nowa and the Empire trying to win them over which would prove a major turning point in the war.

Now that you know a little more about the 3 main characters you can start to see an outline.  We can see how they are gonna come together as we go through the game and it definitely has me super excited. We have Eiyuden Chronicles Rising to give us a little taste even though that game is different in ways from the main game. I can already see how I will relate to these characters and do see some similarities to Yoshitaka Murayama’s other character creations from the Suikoden series.