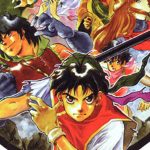 You are reading
Top Six Memorable Glitches in Suikoden

Suikoden is one of the most popular JRPG’s of all time. Similar to modern video games that still tend to release with glitches or even in broken states, Suikoden too wasn’t immune to glitches. Luckily, most of these bugs weren’t game-breaking, but they still remain to this day. Here are some memorable glitches from the first Suikoden. 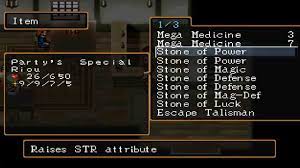 When it comes to this Suikoden glitch, it allows you to exploit an infinite source of Stat Stones. How this works is the player has to use the Stat Stones they already have in their inventory. After the game ends due to death, players need to click continue. Once they do that, the stats modifications remain on the characters that the stones were used on.  While the Stat Stone items remain unused in the inventory.

Players can repeatedly exploit this glitch to boost stats in Suikoden.  However, the same glitch is also present in Suikoden II. 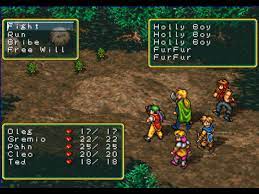 Next, we have the Bribe glitch and isn’t a very common one. With this glitch, you get a way to use the command Bribe even during Boss Battles. This is not supposed to be possible. Using this correctly will allow players to skip the boss encounter entirely.

To exploit this glitch, you have to use the command Bribe and press the confirm button before a popup saying that the Bribe has failed appears. This is the normal notification you get when trying to bribe a boss.  If done correctly, the battle will be over and the story will progress normally as if you won the encounter.

Two characters in Suikoden, Stallion and Krin, carry an Escape Talisman in their inventory by default.  What this does is allow the Talisman to have unlimited uses as long as you keep it in their respective inventory slots.  Be warned that transferring the Escape Talisman to someone else or storing it in your warehouse will remove the unlimited usage glitch. This glitch will work on most copies of Suikoden except for the Saturn version.

This one can be very useful early when you get to your castle if you hate walking. Viki is the person who lets you teleport to a different location once recruited by using her Blinking Magic and you teleport back with the Blinking Mirror. With this glitch, you can use Viki’s teleport services before ever recruiting her.

To exploit the glitch, you must put Cleo as the last member of your party. You will then have to press the talk button at the exact location where Viki would be in Toran Castle’s Basement.  If you manage to do it on the right spot, an invisible Viki will offer you her teleportation services, despite not having been recruited yet. Yet, I do recommend walking though as it’s the main way you level up and will prevent you from having to grind later. You should note the Invisible Viki glitch doesn’t work on the Saturn version or the PSP version of Suikoden.

The next memorable Suikoden glitch is the one concerning the Balloon Status. What this glitch does is if you have three balloons you can still do battle encounters. The weird thing is though your characters aren’t there. They are automatically removed from the battle. Yet, the normal battle commands still appear. However, if you encounter this glitch you should only select either the “Let Go” or “Bribe” command. If you choose “Fight” or “Free Will” this will automatically trigger the Game Over screen and you will have to start over from your last save file. 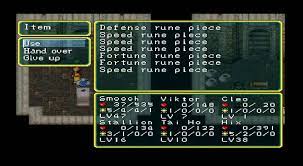 Lastly in Suikoden, there is a coding issue that exists regarding two rune pieces. Rune pieces are fragments of runes found throughout the game that when attached to someone they provide some type of positive effect. The ones with the coding issue are the Earth and Wind Rune Pieces.

Each year, I go back and play all the Suikoden games, since it’s my favorite series of all time. Since Eiyuden Chronicles is the spiritual successor of Suikoden and was announced that it’s hitting day-and-date on Xbox Game Pass, I have played the series twice already this year. In fact, I’m currently in my third play-through of the game. Keep an eye open for future tips and tricks regarding the Suikoden and Eiyuden Chronicles series. Be sure to check out the 2021 Tokyo Game Show schedule here.