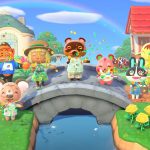 You are reading
Animal Crossing: Name Your Island in 10 Characters or Less

One thing that Animal Crossing fans have been doing since Animal Crossing: New Horizons was announced, is imagining the name of their island. See once you land in your new paradise, the island will be named by you. However, not until yesterday did we know exactly how many characters we would have available to do so. Tom Nook via Animal Crossings Twitter account announced that they were bumping the character limit up by 2.

Getaway Guide ③
Have you ever wanted to name an island? We’ll be gathering suggestions for island names from our getaway package participants. It’s never too early to start brainstorming ideas that are 10 characters or less! #ACNH #AnimalCrossing pic.twitter.com/vqCSWWOFAV

What to name your island

With the 10 character limit, my favorite ideas were completely shot out of the sky.

Although one of my favorites is still in the running.

It also seems that the Japanese version has a leg up on the US version of Animal Crossing: New Horizon. That version will offer the suffix “island”, which would have made my job a bit simpler. Some assumed that this time around we would at least get the option but sadly it does not look like that is the case.

So what will you name your island in Animal Crossing: New Horizon?