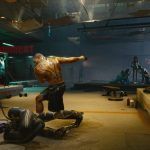 You are reading
Cyberpunk 2077 Launch Has Officially Broken Steam

To say the hype for Cyberpunk 2077 is through the roof is possibly the biggest understatement of the century. Cyberpunk 2077 is CD Projekt Reds’ first RPG release since The Witcher 3: Wild Hunt which released back in 2015. Often regarded as one of the best RPGs of the past decade, many people are curious about how CD Projekt Red can beat expectations. Especially with the high bar, they set with their previous title. Now, as the minutes counted down, many PC players were eagerly awaiting being able to play the game when it unlocked at 7 PM EST. However, many have been greeted with a wide variety of Steam crashes as many people all at once try to access the game through Steam and GOG.

It took less than 10 minutes of Cyberpunk 2077 going live for Steam to hit the top 5 trending hashtags in the United States. Many users experiencing a plain black screen when they try to access the game. While others are stuck at a specific percentage of downloading the day one patch or just very slowly crawling to download that very same patch. It is certainly a mess, and it is only going to get messier as more and more people try to access the game. The spike in Steam users reporting problems have spike massively as indicated in the chart image below from the down detector website.