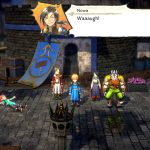 Well, 2021 is winding down and we all are headed into the holidays. It has been a big year for Eiyuden Chronicles and all the updates they have provided. We are gonna end the year with another character profile, a word from Murayama, and the team reflecting on the year! 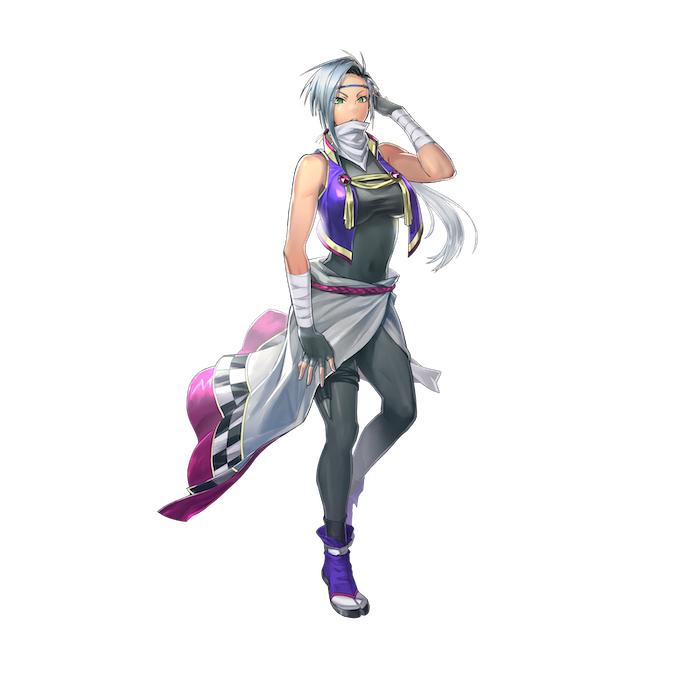 With the Eiyuden Chronicles character reveal for December 2021 we get to find out a little more about Hakugin. She is a 27-year-old female whose profession is “The Far East”. Not sure what that means exactly, but I’m sure in time we will find out. We can count on her to be a master ninja who is very cool. Additionally, she is also described as a composed warrior. But at times, she will show her more sentimental side.

Hakugin is an old friend and rival of someone named Mio. She is one of the few people feels she can open up to. While Mio is an idealist who pursues her aims unflinchingly, Hakugin is more of a realist. Each provides a healthy dose of perspective to the other. Which keeps them grounded so to speak. Hakugin’s mind was blown the moment she tasted her very first baked custard which is her favorite food.

You could picture Hakugin to be one of the people in Eiyuden Chronicles to say something like “Walk the right path? Heh, please. First, you have to win. Then you can be choosy about your paths.”

One of the game’s developers, Kuwano, had this to say in regards to Hakugin:

The results for the best Kunoichi character Kickstarter poll are in. Hakugin came out on top! “Is that all?” you say? Well, I thought I’d give her a proper introduction after her win. This is Hakugin. She won by a landslide, so I have no doubt that we’ll see a lot of her in action in the game as well. I’m very excited for it. As for Kunoichi A, B, and C…

This leads me to believe we will get to see other ninjas in Eiyuden as well.

Murayama had this to say when it came to making plans for the game:

In terms of making plans, I think I’m leaning more towards being an “analytical planner”. In answering the question of “what makes a game fun?”, my process starts with playing fun games. Just like directors should be knowledgeable about films, I think game developers need to be well versed in video games. So, that poses the question: Is copying good games the way to go?

Murayama also broke it down a little more:

When I encounter a good game, I start dissecting what makes that game so enjoyable. I want to understand the system and how it’s made. Which parts make it good? I break down the systems and think about the gimmicks in their most basic form: Games with mass production or resource management mechanics, the joy of collecting things, or sometimes even what makes a sound effect so satisfying or the perfect timing for things on screen to shine.

From there I try to figure out if I can recreate those gimmicks in fresh ways, and then build a concrete system from those ideas. They say that creation starts from imitation, but I believe there is a world of difference between simply imitating and creating something different using imitation as the starting point.

Holiday words from the team

Murayama checked in and said:

How has this year been for everyone? This year was, and next year will be, filled with days of struggling with game production. I know we still have a way to go, but it would mean a lot to have you there by my side.

Hi, it’s Kawano. 2021 is drawing to a close. Developers like us are well aware that making a game (especially an RPG) takes a long time. Unlike games that go through production and then get announced to the public when the final product is within reach, this one started after receiving your support. I can’t believe we are coming up to our second year…

It really pains my heart to make you wait for so long. I’m truly sorry. Development still has a long way to go, so please, bear with us. (In the meantime, Eiyuden Chronicles Rising, developed by Natsume Atari will be released!) It should start getting a little bit colder in Japan now. Please take care of yourselves, everyone!

We also got to hear from Murakami:

It’s that time of year again. My birthday is in November, so growing up, I’ve always looked forward to the birthday, Christmas, and New Year combo at the end of the year. However, that sense of excitement has faded somewhere along the way. It might be because the end of the year usually coincides with huge milestones in videogame development. So, I end up focusing on those aspects of my life.

While that is still the case, I feel like something has changed in the year that’s passed. The challenges and trials have gotten harder, but I find myself having the same sense of excitement every day. I think it’s because working on a project that is backed by every single one of you has been such a joy. The sense of motivation I have right now feels like I’m throwing myself into event preparation,  celebrating that event with my friends, then moving on to the next one.

Thank you so much. We are currently making major improvements to meet everyone’s expectations, so we have been pretty quiet for a while. But starting next year, we will be able to slowly show you some very exciting things. We are sorry for making you wait, but it would mean a lot if we could keep up the same enthusiasm until Eiyuden Chronicle: Hundred Heroes and Eiyuden Chronicle: Rising are released.

Komuta Also Had Something to Say about Eiyuden Chronicles

Lastly, we had some end of the year words from Komuta:

Wait. What? The year is already ending? There must be some kind of mistake. Are we sure there aren’t any time thieves at work? Calm down… Chill… Close your eyes and take a deep breath. When you open them back up, it will be Halloween again… Ah, who am I kidding?

Hello, everyone. Happy Holidays! Komuta here and I’m really disoriented by how fast time is going by. This is the second time we’ll be able to close out a year with all of you. It really makes me appreciate the fact that we are making Eiyuden Chronicles with overwhelming support from all over the world throughout this process.

Thank you so much. I really don’t have time to be disorientated. Lol. Looking back, from the latter half of last year we’ve created prototypes and identified issues within the core elements of the game such as fields, battles, towns, large-scale combat, and duels. It was a hectic year of getting to a place where we can confidently say “we’ll go with this take until the very end.”

There are still a lot of decisions to be made and it feels like there’s never enough time. How can I possibly fit everything in when there is so much I want to do? Making a wrong call with what to keep and what to cut from the game can be irreparable. But during those times, I try to always go back to the original essence of the game.

I wish everyone a happy new year! 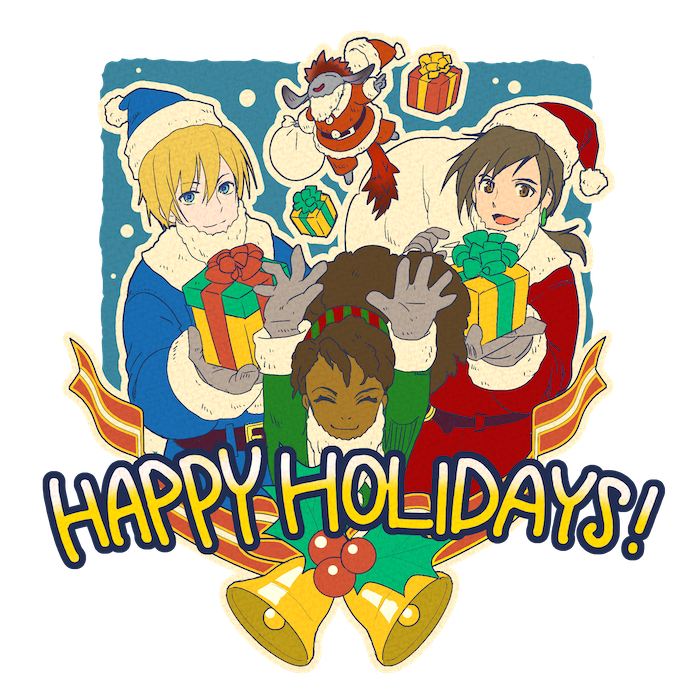 With a lot of positive words from the team, it puts a smile on many faces! It’s good to see developers have many positive updates throughout the year and continue to reveal things about the games to us. With the great monsters, unique characters, and concept art we have soon we can all believe in this team to put out a one-of-a-kind JRPG! Everyone will get to experience Eiyuden Chronicles Rising and Eiyuden Chronicles Hundred Heroes day one on Game Pass.