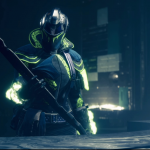 You are reading
Destiny 2: How to Unlock Osteo Striga

Destiny 2: The Witch Queen debuted with a smooth launch. Bungie (developers behind Destiny) delayed the expansion’s initial launch, however, this only improved the product delivered. It has been met with sweeping praise. Yet much like Savathûn, there are numerous secrets to reveal. Here is how to unlock Osteo Striga.

Osteo Striga is one of the premier exotic weapons for The Witch Queen. Although, only guardians who purchase the deluxe bundle gain access to the SMG. Currently, it is unavailable by other means. However, it is not gifted upon logging in. Players must first complete the expansion’s story. Legendary difficulty is not necessary. Next, unlocking the Osteo Striga is tied to weapon crafting.

The Witch Queen introduces weapon crafting. A new featured system for Destiny 2. Chiefly, players upgrade and level certain weapons with this system. Completing the campaign unlocks Osteo Striga’s weapon pattern. First, acquire the pattern. It is located through the Triumphs page under “Patterns and Catalysts.” Then, players must travel to the enclave to craft the weapon. Weapon Crafting’s introductory quest should grant enough materials for Osteo Striga. As a result, this grants another poison-based weapon for your arsenal. 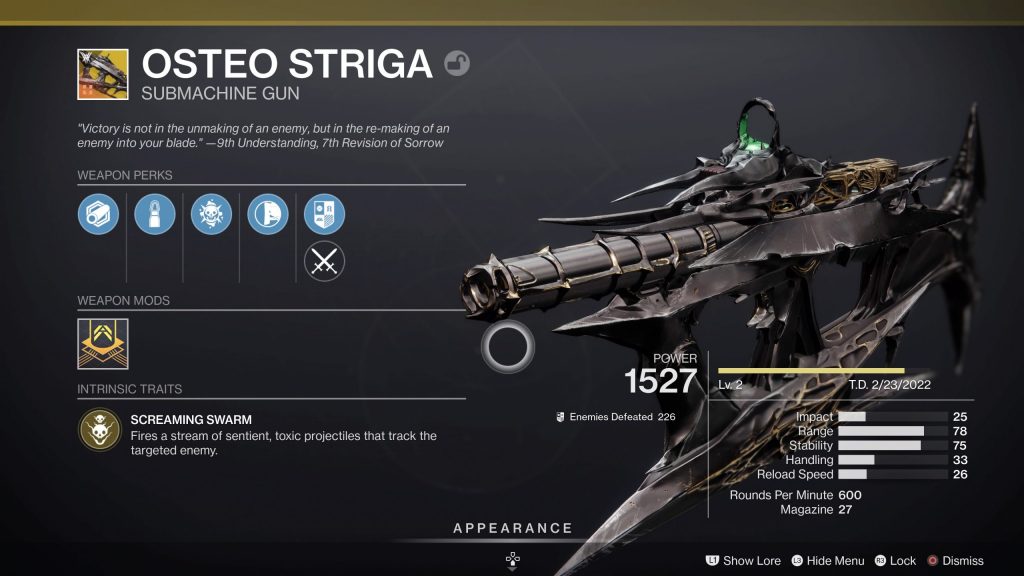 The exotic catalyst is also tied to weapon crafting. Primarily, players will need to reach level 10 with Osteo Striga. This happens through utilizing the gun. Again, players will return to the crafting table. Then, players will “reshape” Osteo Striga to add the catalyst. It grants increased reload speed and magazine refills through poison kills. Unlocking the catalyst will take time. However, players can still generate orbs with the weapon. Guardians should remember to equip the orb generator mod in their helmet slot. Specifically, the kinetic version should be slotted. The mod works for both exotic and non-exotic weaponry.

Destiny 2: The Witch Queen delivers much in story and gameplay. Critically, it kicks off the end of the franchise’s “Light and Dark” saga. How have you been enjoying the expansion? Furthermore, what addition has caught your eye? Let us know in the comments down below.