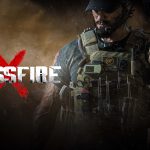 Crossfire is one of the biggest FPS franchises in the gaming world. So big that over 1 billion players having spent time with the series since its launch in 2007. It was massive in the Asian gaming market, and has often drawn comparisons to Counter-Strike. So when it was announced that Crossfire would be re-released and coming exclusively to Xbox consoles, there was certainly some hype surrounding the title. Combine this with the announcement that Remedy, the developers behind Control and Max Payne, would be working on a pulse-pounding single-player campaign* for the game, and all of a sudden Crossfire X was on a lot more people’s radars.

I grew up playing Counter-Strike and enjoy competitive FPS games. Therefore, Crossfire X quickly shot up my list of most anticipated games. Now that I have spent time experiencing the multiplayer component of Crossfire X,  I can safely say that it has been years since I have been so flabbergasted with not only the state of a game at launch but also the overall design choices in general. Crossfire X is a mismatch of terrible ideas that should have been left in military shooters from the late 2000s never to be found again.

Shooting Is A Chore

Probably one of the most important things in an FPS game is the fluidity of the gun mechanics. Not every game has to be the same in how it presents these mechanics or even necessarily how they execute them. Both Rainbow Six Siege and Doom Eternal are fantastic FPS games, but they share almost nothing in common aside from their visual perspective. With all of the comparisons to Counter-Strike, I figured that gunplay would be phenomenal or at the bare minimum good. I was stunned at just how badly not only the guns performed but also how bad shooting felt in the game in general.

The first thing console only players will instantly notice is how light the aim assist is. Now, this isn’t necessarily a bad thing, but in modern shooters, many players have become accustomed to the snappy aim assist that we see in games like Halo Infinite, Call Of Duty, Destiny 2, and many more. I eventually adjusted to it after a few hours of playing, but I will say that it never felt like “good aiming”. On mouse and keyboard input having less aim assist or even disabling it is a plus in most cases. But with a controller, it feels very awkward, and while I was able to adjust over time, many players will likely give up before spending the time to adjust to its feel.

Issues with the aiming aside, just shooting in Crossfire X doesn’t feel great. The feedback from the guns feels terrible when compared to other FPS games in the genre. The guns feel hollow, and while Crossfire X has a wide variety of guns it does very little to distinguish them in terms of how they react to being fired. All the assault rifles look visually different but all blend together in terms of damage and how they react. What is even worse is that the guns have incredibly inconsistent damage output. In my time with cycling through different guns, often I found no consistency in the time to kill. Sometimes enemies would die in three bullets, or sometimes it takes half a clip. This made firefights inconsistent and frustrating. 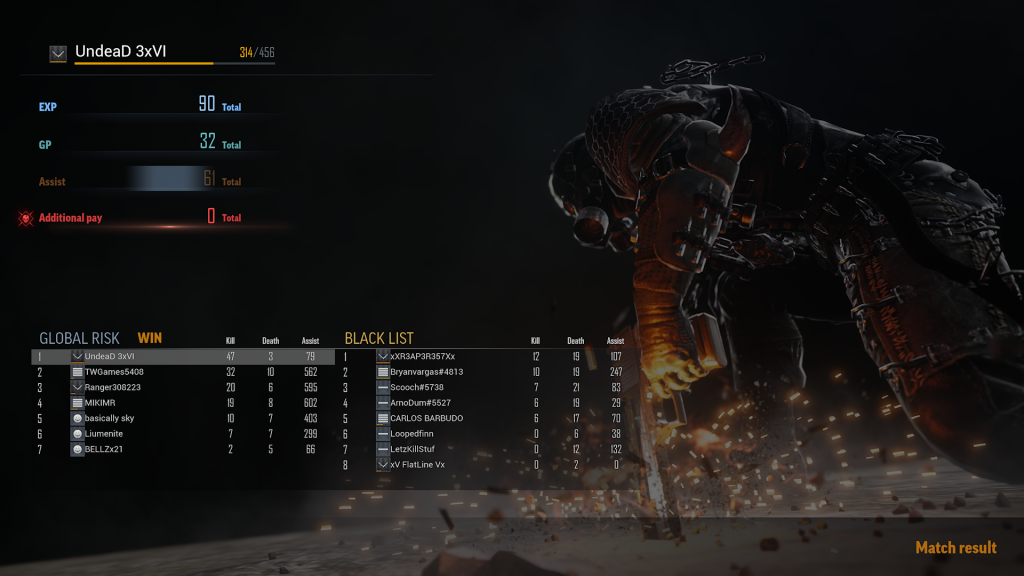 In an era where online forums are filled to the brim with fans giving feedback about overpowered weapons, or issues with their favorite games, Crossfire X essentially throws everything we have learned about balancing a multiplayer shooter in the past decade out the window. This is possibly one of the most unbalanced games I have played since Call Of Duty: Advanced Warfare. The game that infamously put overpowered gun variants in paid loot boxes. This is somehow worse, especially in Crossfire X‘s “Modern mode”, which attempts to be more of a Call of Duty clone than a Counter-Strike clone.

As players kill opponents and capture objectives, they will gain XP that can be used to purchase three unique killstreaks. One is a heartbeat sensor, and one is an invisibility suit that makes players invisible even when firing weapons. However, the final reward is possibly one of the most busted streaks I have seen in a long time. The “Boogieman” allows players to access a unique character that has 6x the regular health pool, as well as akimbo MP5 submachine guns. These submachine guns are laser accurate with almost no recoil, as well as having high consistent damage output. You cut through regular players like butter, and while this is fun at first it can quickly shift to disaster thanks to the spawn system deployed in Crossfire X.

Getting spawn trapped is a maneuver that used to be used endlessly in Call of Duty back in the Xbox 360 era. By simply pinching players into set spawn points, players could basically funnel the other team into an endless cycle of spawning and dying. Luckily there has been much improvement in how spawning is handled in modern FPS games, and this does not happen nearly as frequently as it used to. Except in Crossfire X, where basically the team who manages to spawn trap the other team wins. In respawn game modes like Point Capture, players will spawn in the exact same spot no matter what. This leads to endless spawn trapping as players will steamroll and push you back and kill you before you even have a chance to move. This is especially brutal with the Boogieman ability. If you get 3 or 4 players who all run this streak at the same time, you can lock down a spawn point for the entire game. Now as fun as it is dominating your opponents in FPS games, this just felt gross. It did not feel fun or rewarding in the least. You just felt bad, because if you were not doing it to the other team, they were doing it to you. The spawn system especially in the Modern game mode need a serious rework. 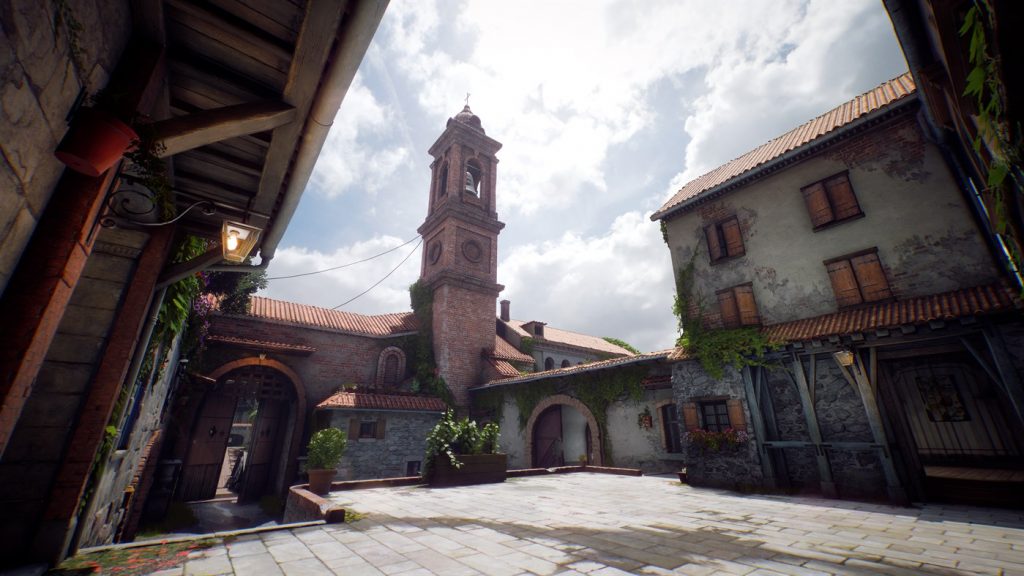 After so many big AAA FPS games like Halo Infinite and Battlefield 2042 getting criticized for lack of content and maps, there is no way they would launch Crossfire X without a wide variety of content right? Wrong. Crossfire X is barebones even in comparison to its competitors with only a handful of maps in Classic mode and 2 maps in Modern mode. It gets repetitive quickly. But don’t worry, there is a super generic battle pass you can purchase to grind through to get some completely sub-average cosmetics. What is most frustrating about the maps is that the maps they have are not necessarily bad in terms of their actual design. The Search and Destroy map in a classic European styled village is actually very well designed. As there is a variety of lines of sight for players to use to their advantage to guard or attack the bombs. Even the Point Capture map was inventive in how it started players in a skyscraper for the first half of the match. Then when a teams score hit a certain point you would then zipline down to a hotel bar / pool area. This transition was unexpected and exciting. Though I am not sure if the bar was set so low by the rest of the game that it impressed me that the maps had some semblance of thought behind them.

This could be the one silver lining for Crossfire X, while the variety of maps is incredibly limited at launch. There is some unique ideas in the maps that they did release, hopefully they will keep these types of ideas going forward with future content. While the multiplayer portion of Crossfire X is free to play, that does not excuse it from being lackluster in its delivery of content. After all the criticisms leveled at multiplayer games lately, it feels almost naïve to launch a game this content light. 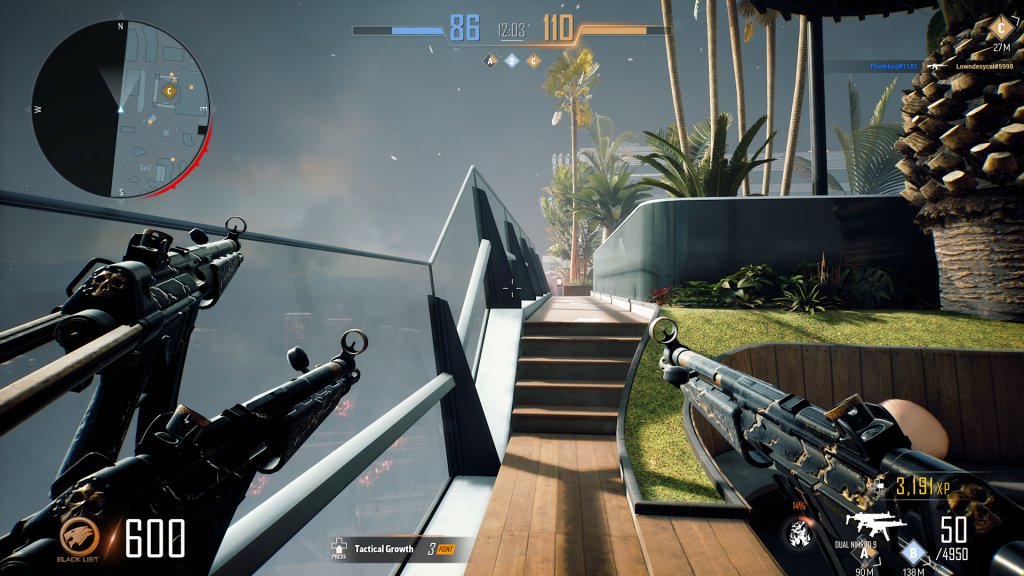 One aspect I have to tip my hat to with Crossfire X is that I had almost zero matchmaking issues during my playtime. Online play was incredibly consistent in terms of its quality of connection. This might seem like a minor thing, but after reviewing so many multiplayer-focused games that suffered from poor servers and connections at launch, I really appreciated this. It feels weird that one of the positive takeaways I have from this game is that it did the bare minimum right.

Unfortunately, there were other problems that chipped away at my goodwill for this game. Framerate inconsistency was one of the biggest issues that I consistently experienced. Now in an online shooter, it sometimes feels hard to distinguish what is a network lag-related spike, versus a framerate performance dip. But somehow Crossfire X made this incredibly easy to see in action. I would begin shooting someone and the screen image would stutter but the audio and damage feedback showed that my shots had registered. Sometimes when I would spawn in after death, the first couple of steps out of spawn would cause framerate drops. It was never consistent, but you never knew when it could strike. Hopefully, Smilegate will be able to clean these issues up with a future patch.

Crossfire X is possibly one of the most soulless multiplayer games I have played in a very long time. The lack of variety in maps and game modes, as well as the sheer lack of balance, will drive most players away within the first few hours. Crossfire X lacks enough meaningful content to keep the few players who might find this game interesting coming back. As the biggest AAA games such as Battlefield 2042 struggle to find the balance in delivering what fans want. Crossfire X almost knowingly commits every sin that many FPS fans have been complaining about in the multiplayer space for the past few years. In a month packed full of incredible games, I would not even recommend wasting time downloading Crossfire X nonetheless playing it.