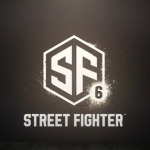 You are reading
Street Fighter 6 Has Officially Been Announced

Capcom began teasing a new announcement earlier this week. As a timer started ticking down, many fans began speculating on what exactly the reveal could be. With some hoping for more information on the upcoming Resident Evil IV Remake. It appears we finally have our answer, and fighting fans should rejoice as Street Fighter 6 has officially been revealed by Capcom.

In the teaser trailer released early this morning, we got our first tease of the upcoming sequel to Street Fighter V that was released back in 2016. With almost 6 years since the last installment, it seems like no better time for a new Street Fighter to be announced. While this reveal is scarce on details about what to expect from the upcoming fighting title, we won’t have to wait long to find out more about it. Capcom is reportedly going to reveal more details later this Summer. For now, fans will have to make do with this epic teaser trailer, that feels baked in nostalgia.

Are you excited for the next installment in the Street Fighter franchise? Let us know in the comments and don’t forget to check back for the latest gaming news and information.