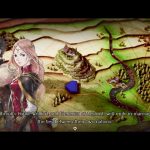 Triangle Strategy is an upcoming turn-based tactics game for the Nintendo Switch. The game is created in Square Enix’s “2D-HD” engine, similar to Octopath Traveler, Live a Live, and Dragon quest 3 Remake. The demo that was available for this game has been recently updated to include the opening 3 chapters. While also allowing anyone who plays it to transfer their save data to the full game. I played through it once so here is what to expect from the opening of the game. This preview will be free of spoilers for the first 3 chapters of the game.

The name of the game is a dead giveaway. Triangle Strategy is based in a world with three factions that hold a key resource for the overall continent. In the demo, there was no conflict in the chapters of the story so far. There is a major focus on choice in the narrative. You will have to speak to your companions to see which route you can take in certain scenarios. So far the only choice you had as the player was to go to one place or another. With specific conflicts for each place. 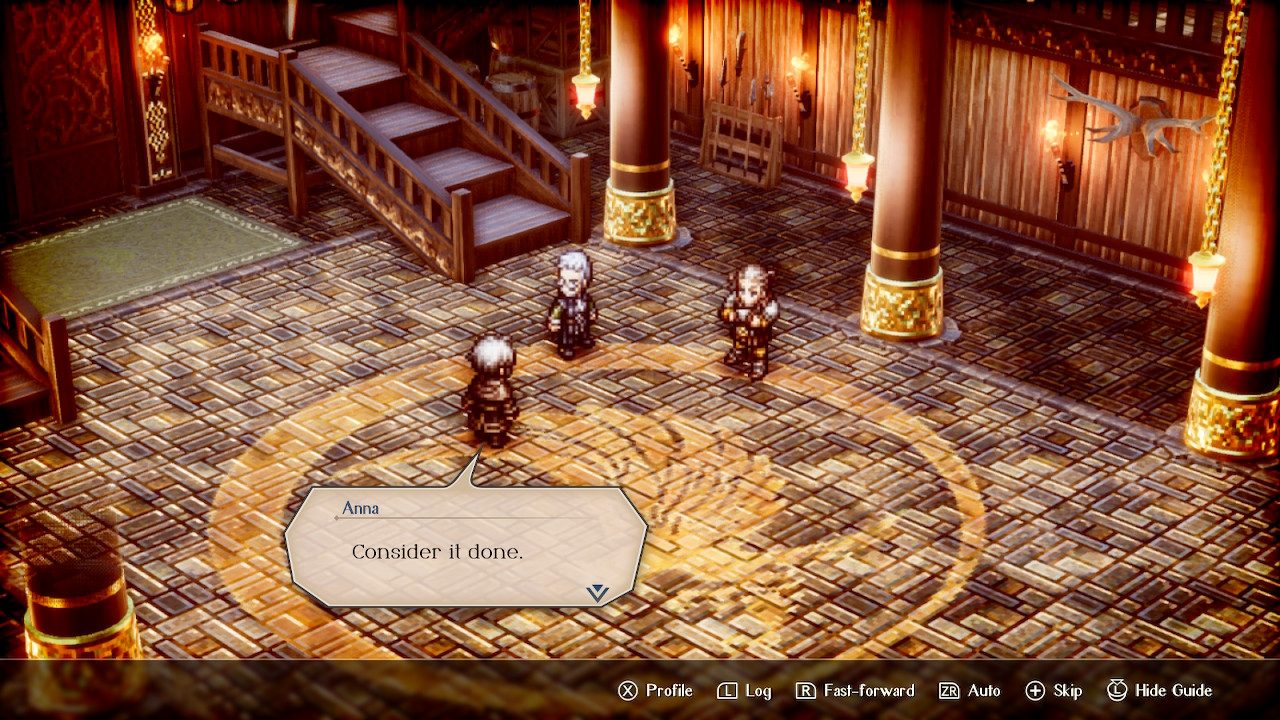 The cast of characters in Triangle Strategy is varied and lovingly written. They appear archetypal but they all have some depth to them, however, the main character so far seems shallow to me. All the characters have a key role to play in the story, and there is a lot of players so to speak. One would have to write down every character in a notebook to keep track of them. With large amounts of dialogue and exposition to accompany them. It makes the story part of the game very long and dull at times due to the sheer amount of dialogue. 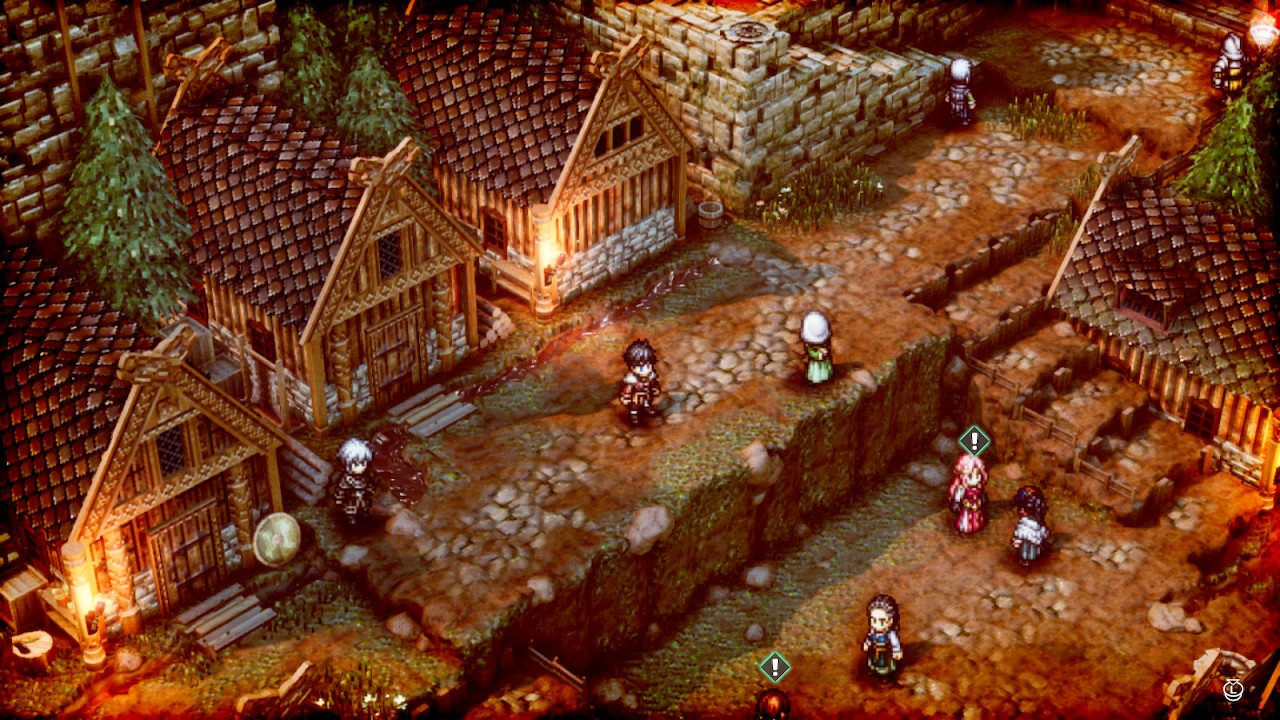 To keep it brief, the gameplay of Triangle Strategy is deep and fairly slow. As you will have many characters to manage as well as a multitude of enemies to take down. You move them from one place to another and you can initiate attacks from a list of innate abilities unique to each character. They all have quirks, like being able to do more damage if they have an aerial advantage. Another can act twice in a single turn and another can deal area-of-effect damage with spells. It’s like chess and you have to play smart for each encounter. 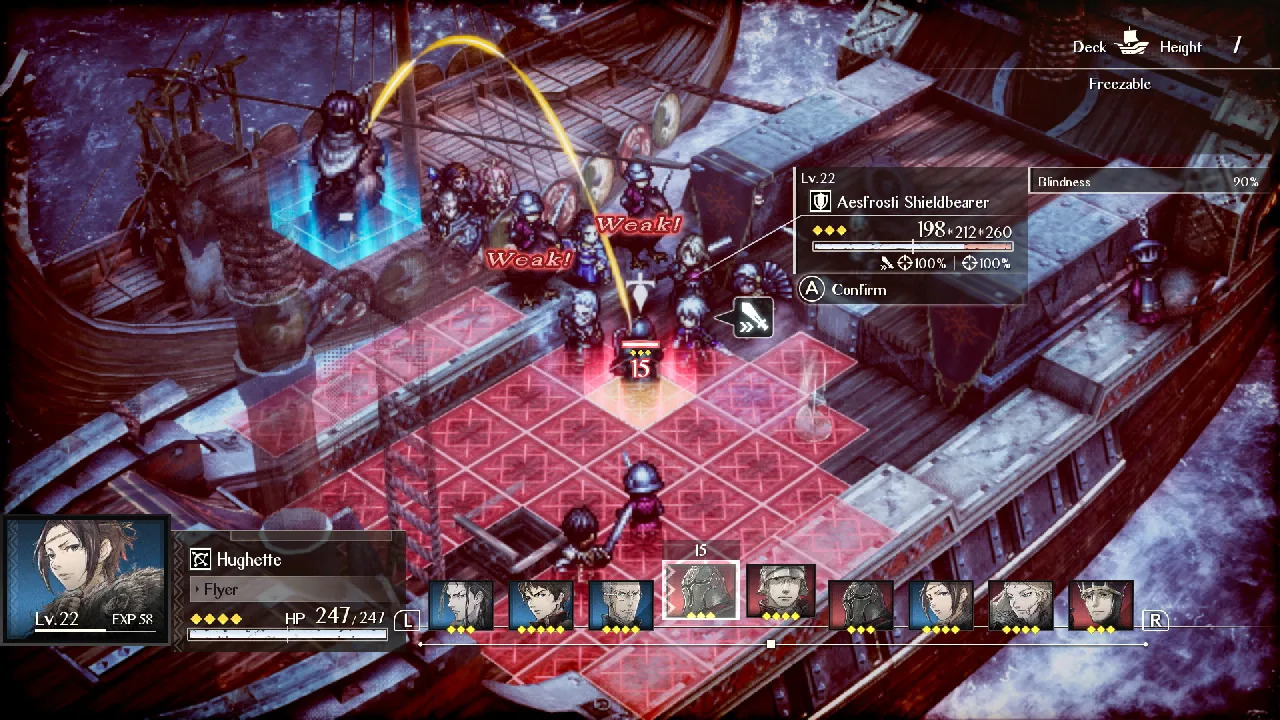 Gameplay Screenshot Not from the Demo

One of the key factors of combat is being able to do double attacks with a companion. If a character is in front of an enemy and another is behind them. When one of the characters attack, they both do. Allowing for high damage output befitting to bosses. It’s very satisfying once you learn every character. However, in the demo, there was only one combat encounter in each chapter. I’m hoping there will be more than that considering you can get very bored if you’re not invested in the story.

Technical Aspects of the Demo 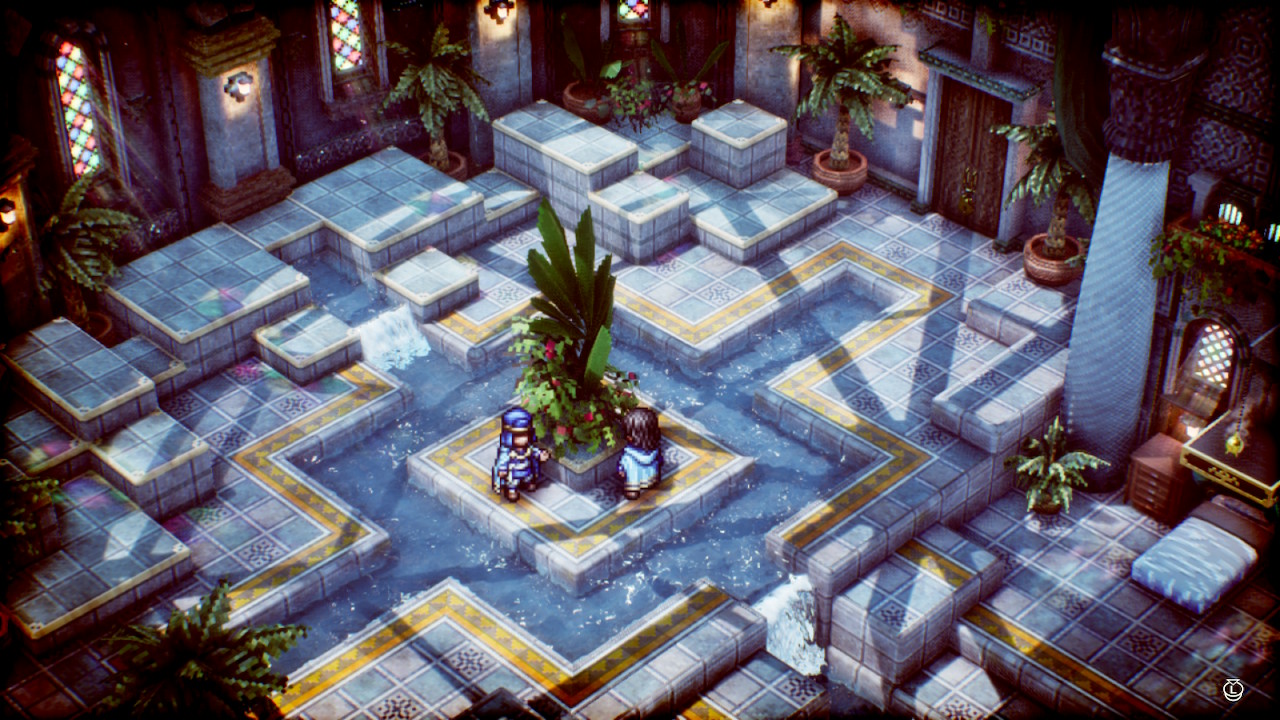 Triangle Strategy uses an engine that specializes in pixel art so there aren’t any problems with the presentation of the game. I think it is genuinely stunning to look at. The light reflecting off the water, the realistic-looking fire on torches and sconces. The banners waving, and even just walking around in the few exploration segments to walk over puddles and watch the water splash are all just fantastic. As well as the poses and animations for each character. Even the voice acting for some characters is wonderful to listen to.

That being said, there were a few technical hiccups in Triangle Strategy. Like seeing the edge of a bridge even when characters make an entrance by crossing over that missing part. Or in a certain scene in a banquet hall, the game appears to flicker on occasion. As far as performance is concerned though, I played the demo in docked mode and the game according to my screenshots was maintaining 720p with very choppy framerates when in battle. These don’t ruin the presentation overall, but I felt it was worth mentioning.

I’m not a big fan of tactics games but Triangle Strategy is very good so far. Although it is a very small slice of the game I am very excited to pick up where I left off when the game launches on March 4th. If you have a spare 3 gigabytes of storage for your switch, you should try it as well to see if it’s worth your money, even though I believe it will be worth your time.