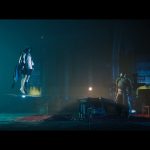 You are reading
The Invitation of the Nine 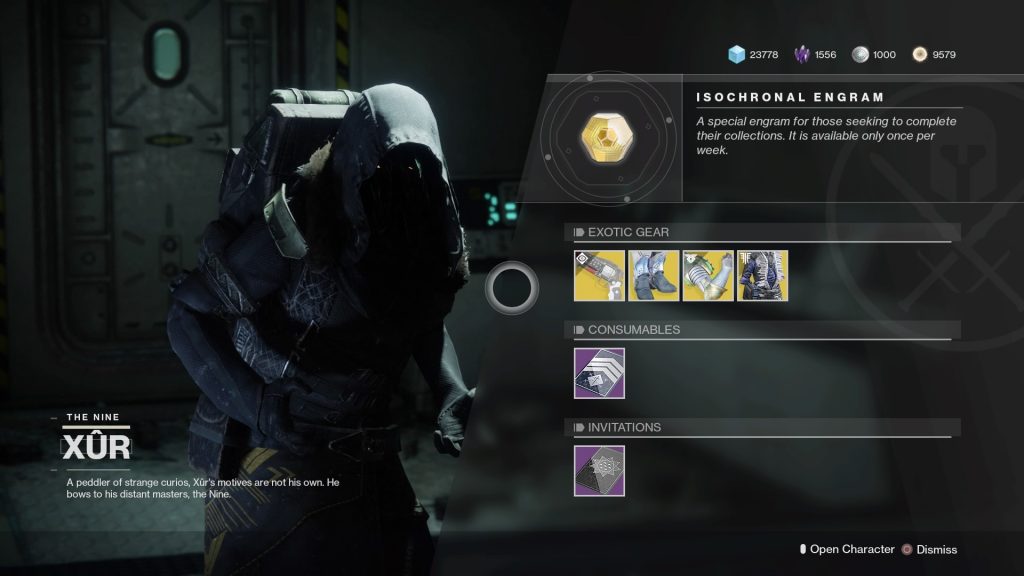 Who wouldn’t accept an invitation from this guy?

The Season of the Drifter is ramping up Destiny 2‘s story tension in a way that hasn’t really been seen before. This week, an entirely new dimension (quite literally) is added to the game as Xur, the enigmatic Agent of The Nine, has arrived with something special. This week kicks off the first of a nine week-long story arc that begins with you accepting an Invitation from the Nine when you visit Xur on Titan. But first, who are the Nine?

The Nine are an enigmatic group that has lurked on the fringes of Destiny lore since the first game. The current Season has revealed that they are creatures of dark matter that evolved alongside the early days of sentient humans in the solar system. They have a kind of symbiotic relationship with humanity, since their entire essence is defined by its relation to humanity.  The Nine dwell in each of the planets of the solar system, as well as the Sun, since the gravitational pull of these massive objects is strong enough to hold their essence in place. If that description sounds equal parts baffling and fascinating, then you are keeping up quite nicely. Thus far in Destiny lore, the Nine have been represented by two beings, Xur, who brings gifts in the forms of exotic weapons and armor, and the Emissary. 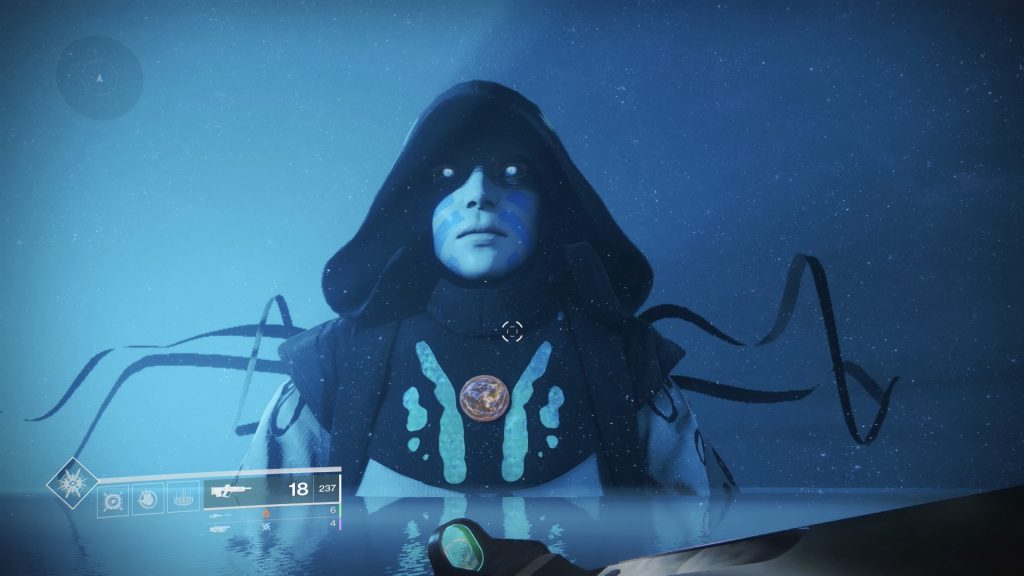 The Emissary will be familiar to players of the Trials of the Nine mode from earlier versions of Destiny 2, but she hasn’t been seen in quite some time. After completing a few minor quest steps for the Invitation, the player is summoned to the Drifter’s derelict spacecraft. This is where things get really interesting.

The player character is essentially an invader on the ship. If you wander around the craft before entering the giant transmat portal, you will find the Drifter’s bedroom nestled inside a shipping crate. 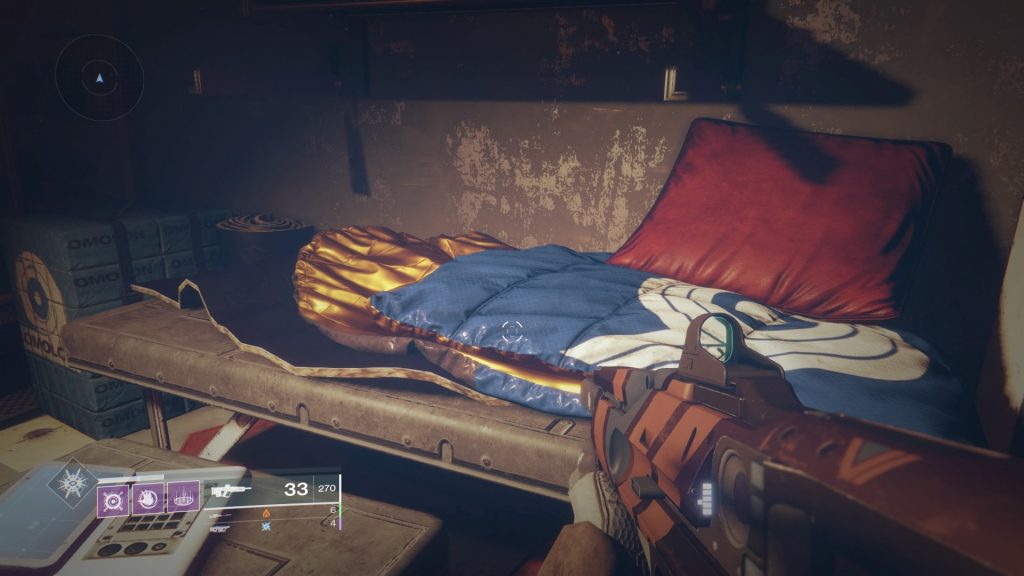 Why isn’t this for sale in the Bungie store?

You can see his bed, his work-space and trophies, or what appear to be, costumes on his wall. It feels like an invasion of privacy that we have never really experienced in Destiny before. You aren’t supposed to be here, but by the workings of the Nine, you are. As you continue your search, you find all sorts of strange plants and even snow inside the ship. The temperature must be below freezing. Does the Drifter even feel it? Do you?

After your search reveals nothing more of interest, a journey through the transmat portal takes you to the Unknown Space of the Nine, which you may recognize as being the same location as the Reckoning. When you enter the pit, you will come face-to-face with the Emissary. She reveals that you and the Drifter are of great interest to the Nine. She offers you a chance to experience a vision, and once again, you are intruding on the Drifter’s privacy. You are witnessing something that you shouldn’t be, through a power that is far beyond your own. The Emissary shows you a flashback to when the Drifter was first setting up Gambit and has a confrontation with another member of the Shadows of Yor. The Shadow accuses the Drifter of treason and tries to kill him, before being killed himself, by the Emissary. The subsequent details of this first meeting between the Drifter and Emissary are left ambiguous, but the Nine do present the Drifter with a gift. 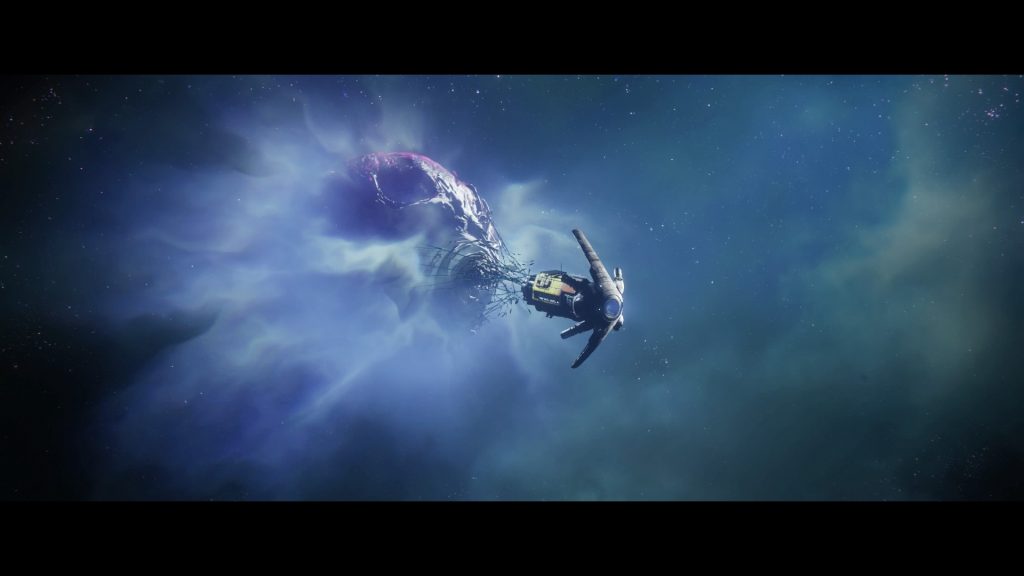 Maybe ‘gift’ is the wrong term.

Upon returning to the Tower, the Drifter is none too pleased at what the Emissary showed you, and warns you to stay away from her. Despite the warning, these revelations are very intriguing. Why? Because they speak to who you are. You are an invader. You have invaded every planet in the solar system. You have invaded the lairs of Hive Gods and Warminds. Why would you balk at invading a man’s memories?

Oh, and one more thing.

When first encountering the Emissary, she tells you that only two others have “transcended their design…The first, an hourglass counting down with infinite patience. The second, a forgotten blade sharpened anew.” Given the Nine’s attachment to humanity and the Guardians, let’s assume these transcendent beings are indeed Guardians or Guardian adjacent. The hourglass is most likely Osiris. Osiris has been fighting the Vex through the Infinite Forest, traveling forward and backwards through time, all with the purpose of stopping Panoptes. He fits the description almost perfectly, and given the unfavorable reception to his DLC, it’s easy to see why Bungie would want to redeem him in the eyes of the fans. The second is much more unclear in terms of possibilities. It could be any character that was forgotten, but has recently returned to prominence in the game. This includes characters such as Rasputin, Shin Malphur, Uldren, or Mara Sov. It could also be characters from earlier in the series that are currently “forgotten.” This theory leads me to believe that the second being could be Eris Morn.

If you don’t remember, or haven’t played Destiny: The Taken King, Eris Morn was a Guardian who was infected with Hive magic after a failed attempt to kill Crota on the Moon. At the conclusion of The Taken King, Eris takes a fragment of Oryx’s sword and vanishes. Cryptic messages from her have been popping up since the launch of Forsaken, hinting at her exploration of a Light Ascendant Realm. This would be something very different from realms that were constructed from the Sword Logic of Oryx and other creatures using Hive magic. Although we have not actually seen Eris Morn since the launch of Destiny 2, she would be an amazing dark horse candidate for a return that could have major implications for Destiny going forward. Honestly, the first week of Invitation of the Nine was everything I could have hoped for, and I cannot wait to see how this fascinating story unfolds.

Until next week, eyes up, Guardian.