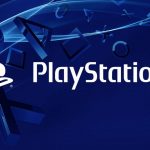 Ray tracing seems to be the new “the thing” in the gaming graphics market right now with a new line of NVIDIA’s RTX cards. The release of ray tracing capable cards triggered a discussion if and when console would get the same. So far to enjoy the ray tracing you would need a pricey graphics cards. However technology keeps moving forward and console manufacturers like Sony, and potentially Microsoft, do realize that ray tracing will be tech of the future and they have to prepare for it.

A few weeks ago we heard one of the Sony’s first party studios – Polyphony Digital was showcasing Gran Turismo demo running ray tracing which gives us a hint that it may be used for PlayStation 5 and now Sony is looking for graphics engineer with experience in ray tracing according to overclock3d.net

“In a new job listing, Sony’s PlayStation Division is said to be looking for a new Lead Graphics Engineer for their Research and Development lab in Soho London. Applicants are required to have experience with low-level APIs (DirectX 12 Vulkan etc), low-level coding, performance analysis and optimization experience, be comfortable with shader programming for modern GPUs, and a passion for computer graphics and gaming ”

This job post clearly shows that Sony wants to prepare for the future where Ray Tracing is a thing and we may be closer to such reality than we thought.

This leads me to believe that the next-generation console should be able to run this impressive rendering techniques and I can’t wait to see it.