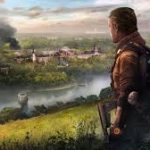 This week on State of the Game, Community Manager/Host Hamish Bode, with guests Chris Gansler (Community Developer) talk about the future of Division 2 including Episode One launch and what they are planning on doing for fixing all the issues they are having.

“I am very happy to hear that the developers and community managers are willing to listen to what we are saying are [the] main issues for us. For instance the amount of gear we can hold in addition to the problems with the blueprints. I also love the engagement that they are willing to have with the player base with the ETF. ”