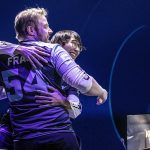 You are reading
Stage 4 Week 1 Winners and Losers

Stage 4, week 1 is complete, and we are in the homestretch of the regular season. Further, the Overwatch League officially has a Role Lock. A Role Lock means all teams can only field 2-2-2 compositions, so GOATS can officially rest in peace. No more drawn-out tank battles, no more relying on just going with the ideal meta. Role lock is here despite its odd timing.

Since we are in Stage Four, there will be no Stage Playoff. Instead, we will have the first postseason play-in tournament. Seeds 7-12 from the whole regular season will compete in a do-or-die tourney with the top two teams making the Regular Playoffs. Each division winner and seeds 3-6 will wait for them.

So who made the strongest opening statements for the Play-In? Who is stumbling to the finish line? It’s time to announce this week’s winners and losers.

Writer’s note: Don’t expect to see too much of the league leaders. This Stage’s entries will focus on the play-in instead of the playoffs.

Fragi and Bischu are free from the bench hell! The Charge picked up both players in recent weeks and the moves paid off in spades with back-to-back wins against Philadelphia (Fragi’s old team) and Boston. Don’t look now, but Guangzhou has now won four straight matches dating back to Stage 3. Entering Stage 4, Guangzhou was on the outside looking into the Play-In, but now they’re in the thick of it. Guangzhou will have to study hard to stay in it though because they play London and Hangzhou next week.

Previously, I have bashed role-locking the League itself, as I felt that pros don’t need to be role locked. I wrote:

Instead of continuing to build more diverse characters, the League is forcing its players to a strict format that you find in most professional sports. It takes away a unique concept the Overwatch League had. So enjoy your crazy team comps in this Atlanta Homestand, because it’ll probably be the last time you can.

Do I stand by my previous writings after a week of role lock? Yes and no. Yes, because pros were starting to learn how to win with non-GOATs comps right when the Role Lock came, but also no because creativity flourished this weekend. All 30 heroes showed up this weekend, along with a peculiar new comp. I concede that I was wrong: role lock is having a positive effect on the Overwatch League.

One major effect of the meta change was reflected in the nameplates we saw in Week 1. With damage heroes now mandated, we saw some of the old guard—last season’s hitscan carries, known to newer fans only as Brigitte or Zarya players, or not at all—either return to form on comfort picks or resurface after sitting out previous stages.

If GOATS screwed over any group the most, it was DPS players. DPS players couldn’t play their specialty, and as such had poorer showings this season. Why else are the MVP-candidates all tanks or supports? Even if it’s too late for DPS players named DDing to bolster their MVP credentials, the Role Lock will make sure they have better chances in future seasons.

Talk about falling flat on your face. Seoul started Stage 4 winless with losses to San Francisco and Shanghai. The combined losses knocked Seoul out of the top 6 and into the play-in pool. Los Angeles (the Valiant) and Guangzhou are up next on the schedule, and can’t afford to lose many of their last five matches. If it’s any consolation, Seoul shouldn’t worry about tiebreakers since their map differential dwarves most play-in teams. That said, Vancouver and New York are the only teams that can afford an odd loss. No matter what, Seoul can’t take their foot off the gas now.

Reread Seoul’s entry but add in more heartbreak. The Fusion started Stage 4 with not one, but two, map five losses right when they cannot afford them. Fortunately, Philadelphia is in the middle of the play-in pack, but with these standings, won’t be for long. Look below: 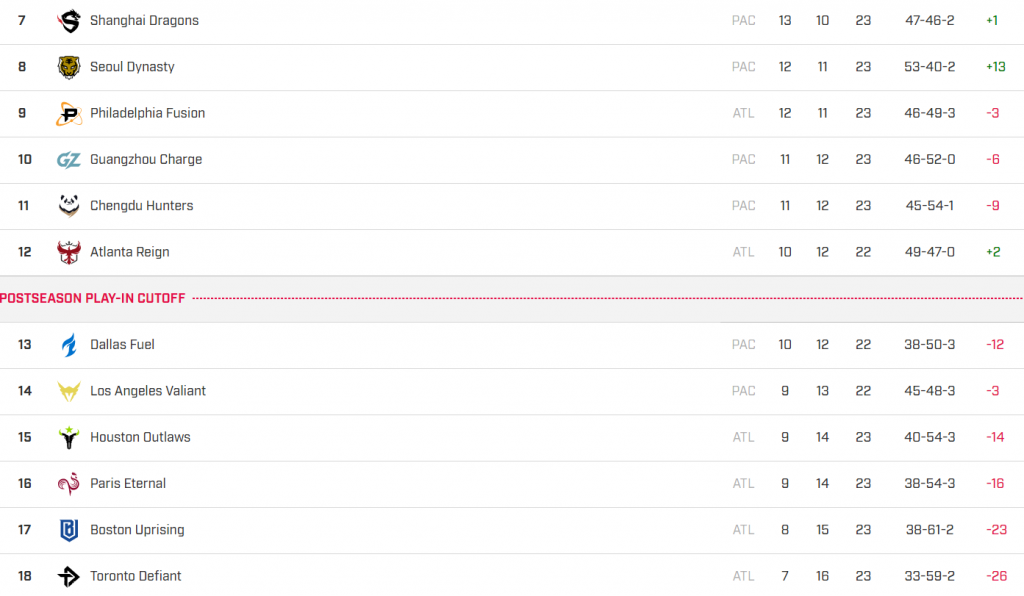 Washington and Florida are eliminated from play-in contention.

The play-in standings are separated by razor-thin margins. Every seed is separated by one game at most. The lowest team still alive is only three wins out from a play-in spot. Every team needs to floor their gas pedals to make the play-in and losing twice in five maps does not do that.

Rest in peace, controversial prince. GOATS dominated the 2019 season up until Shanghai shocked the world. Now, GOATS won’t return unless the role lock is repealed. Honestly, it can stay in the past. This isn’t so much because it was a bad comp to run per se, but it was too much. Every team was running GOATS or a GOATS-variant (see SombrAna), and a number of teams were really bad at running GOATS. The lower quality in teams playing the same as everyone else meant lower quality Overwatch overall. This meta pigeonholed DPS players into characters they’re not optimal with, and the fans abhorred the loss of excitement. Role lock is the correct antidote to the most over-consuming meta the League has ever had.