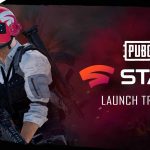 Google Stadia has been an interesting product to watch progress since it’s launch last year. While it is not perhaps as successful as Google had hoped it would be out the gate. However, it seems the company is still dedicated to the service.

Today, was the first “Stadia Connect” which appears to be Google’s version of a Nintendo Direct style platform. With a big focus on games that will be coming to the platform throughout 2020. Perhaps the biggest announcement is that PUBG, the battle royal sensation from 2017. It is now available on Google Stadia for the first time, with cross-platform play with Xbox One and PlayStation 4. Another big surprise announcement was that Octopath Traveler is also available to play today on the platform. Prior to this, Octopath Traveler was only available on Nintendo Switch and PC. It is interesting to see the game hit Stadia before PlayStation and Xbox One.

EA also announced a partnership with Stadia as the company will be bringing some of their top franchises to the platform. With Fifa and Madden set to launch on the platform this winter. Respawn’s Star Wars Jedi: Fallen Order is set to release sometime before the end of this year. EA will also be bringing two more currently unannounced titles to Google Stadia in 2021, as of right now there is no information on what these titles could be.

What did you think of the first Stadia Connect? Let us know in the comments and don’t forget to check back for the latest gaming news and information.