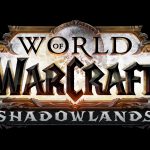 You are reading
World of Warcraft Shadowlands Delayed

Yesterday October 1st at 4:34pm EST the Warcraft Community was hit with huge news. The delay of World of Warcraft‘s Shadowlands, the upcoming expansion to the wildly popular MMO. In a twitter post from the official Warcraft twitter they stated that the release will be happening later this year with no exact date. This also delays the pre-patch by one week also. The expected date for the pre-patch was October 6th but now it will be October 13th.

There are rumors that we will have two pre-patches prior to launch which will give us time to learn our classes better. With the launch of this pre-patch, they will be removing Corruption in addition to the revival of spells that had been removed from the game. The biggest change is the item level, gear level, and lastly the player level squish. This will effect the game overall and may unbalance the game until the release of Shadowlands.

A Temporary Bummer For The Community

The reason this feels like such a punch to the gut is because players could finally see the light at the end of the tunnel. Battle for Azeroth is commonly felt amongst the World of Warcraft community to be one of the worst expansions. This right after Warcraft released the expansion, Legion, being one of the best expansions. Many people had taken a week or two of vacation for the release of the newest Warcraft expansion. This will cause many people to change vacation and push time into the holidays which many companies frown upon.

As for streamers like myself who play Warcraft regularly I am now going to have to find new and interesting ways to keep my community engaged to my channel as when the pre-patch drops all present achievements are no longer able to be achieved.

Here is a small conversation I was having with my chat about my view of what has happened.

Good luck everyone. Even though this is sad news to hear it is nice to know that even the developers are willing to take the time to make sure the vision of the game is correct and listening to the player base on what it is needed to make it better.