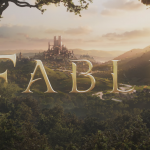 You are reading
Playground Games Hires Lead Writer for Fable

Months ago at the Xbox Showcase, we saw an amazing promo video revealing a new Fable game. We haven’t seen or heard a thing at Playground Games since. This morning that all changed, Anna Megill on Twitter announced that she has been hired by Playground Games to be the lead writer for Fable.

So, I’ve been dropping hints about moving on to a new project for a while now. And I wanted to finalize the details before announcing anything. But now that my visa is approved (yay!) and my travel arrangements made, I can finally tell you

I’m thrilled to say that I start work at @WeArePlayground next year. I’ll be Lead Writer on Fable ✨ pic.twitter.com/Wf57QuPYNQ

If you aren’t familiar with Anna Megill’s work, she has an amazing resume as she has worked on such games as Zelda – Spirit Tracks, dishonored, control, and Guild Wars.

Anna continues in a series of tweets, explaining what Fable means to her.

Fable holds a special place in my heart. It came out the year I started in gamedev, and its the first game I played with a developer’s eye. I loved understanding the how and why of my story choices and seeing the impact I had on the NPCs around me

But even so, I wasn’t sure this new Fable was right for me. I was like “Is this going to be just a bunch of medieval fart jokes?” But the team’s story vision reassured and excited me. It’s a PERFECT fit. I can’t wait to get started

Is this a sign that the game will be taking a more serious tone? As a huge Fable fan, that would definitely be welcome. Hopefully, though, the game still holds on to the dark humor that gamers have grown to love.