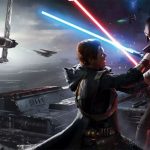 Fans of Star Wars video games have truly seen both the light and dark sides of the force over the last 20 years.

We have seen amazing highs, such as the beloved Knights of the Old Republic and Jedi Academy. We have also seen crushing lows, such as EA’s Battlefront II, which was originally force choked by its own pay-to-win loot crate mechanics. There was even a time not so long ago when the future of single player games set within the Star Wars universe was questionable, at best.

Then, the Chosen One appeared in 2019: Star Wars Jedi: Fallen Order. Game studio Respawn’s creation made its debut to both critical and commercial acclaim. The single player game, which covers the adventures of Jedi Padawan Cal Kestis, performed strongly. It satisfied the bean counters at EA and found its way into the hearts of gamers worldwide.

More Games On The Way?

A year has passed since Star Wars Jedi: Fallen Order. Many are undoubtedly watching the setting of twin suns and yearning for new adventures. You just might get your wish. with one Star Wars game that already has one person very excited.

Matt Martin is an executive with LucasFilm Group. On Twitter, he responded to a question from a fan who wondered if there were any upcoming games to be excited about. Matt replied and said he has not been more excited about the future of Star Wars games “in a long time.”

I haven't been this excited for the future of Star Wars gaming in a long time. That's about all I can say, unfortunately!

Unfortunately, Matt could not reveal any juicy tidbits. But it is encouraging to see that one of the creative head honchos for LucasFilm Group is so optimistic about the next batch of games. What kind of games set within the iconic Star Wars franchise are you hoping for?

In other sci-fi news, check out what David has to say about a new Alien project.