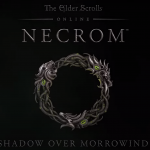 Xbox and Bethesda held an exciting showcase. This Developer Direct provided fresh new looks on upcoming titles for 2023. Titles like the new Forza: Motorsport and Redfall reminded fans of the power of the Xbox and Bethesda brands. Additionally, Zenimax Online Studios revealed the next chapter coming to the world of Tamriel. Here is Elder Scrolls Online: Necrom.

Elder Scrolls Online is a free-to-play, beloved MMORPG set in the world of Tamriel. Players adventure throughout iconic locations like Skyrim, the Summerset Isles, and even Morrowind.  Subsequently, Necrom centers on the eastern region of Morrowind.

Two new regions reside here: the Telvanni Peninsula and Apocrypha. Firstly, the peninsula is home to House Telvanni. The region is home to numerous mages and a colorful landscape of flora like giant mushrooms. Its capital is Necrom, home of the dead. Here, players will unearth ancient mysteries and discover the city’s dark secrets. 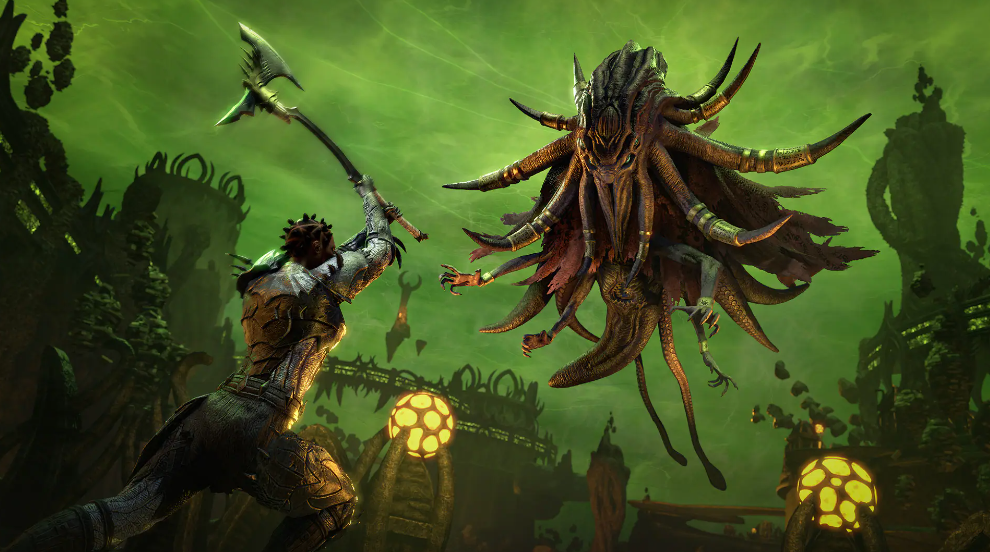 Apocrypha is a realm of Oblivion owned by Hermaeus Mora (Daedric Prince of Knowledge). Hence, eager fans of Daedric Princes and dark knowledge will find plenty of tomes, eldritch terrors, and dark regions to explore. Zenimax promises this Daedric realm is home to areas unlike any others explored previously. Players must work with Mora to uncover those who would threaten his secrets and eliminate them.

Additionally, these regions hold new content such as dungeons, public delves, and other challenges to overcome. Players will also encounter two new companions. Sharp-As-Night the Argonian Warden and Azandar Al-Cybiades the Redguard Arcanist. However, Elder Scrolls Online: Necrom brings an even more exciting addition. Players can expect a new class to debut this June.

The Power of Apocrypha

The Arcanist is the new, premiere class of Necrom. This class bolsters the power fantasy of wielding Daedric power. Players can harness arcane arts and tailor their play style to the Arcanist’s three skill trees.

All three skill trees also benefit from the new mechanic, Crux. Crux is generated from Arcanist abilities. Charges of Crux (up to three) will empower your abilities when expended. Zenimax will release more information on the Arcanist closer to the launch of Necrom.

Elder Scroll Online: Necrom releases June 5 for PC. Xbox One, Xbox Series X|S, PlayStation 4, and PlayStation 5 will receive the expansion on June 20. Players can preorder now. Additionally, Zenimax is hosting a free trial of ESO Plus from now until January 31.

This is free access to the game’s premium subscription. Chiefly, the subscription grants access to every past DLC. ESO plus also grants increase inventory space, unlimited crafting bags, and more. More special in-game events and promotions are planned leading up to the launch of Necrom.

You can find the full video deep dive here as well. Are you excited to return to Tamriel? Let us know in the comments down below. Remember for all things gaming, bend the knee in the realm of Lords of Gaming.