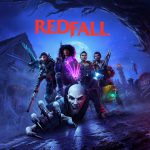 The Xbox and Bethesda Developer_Direct is live. Presenting news and extended gameplay from the latest titles directly from the developers from Bethesda, Mojang, and Turn 10 Studios. During the stream, players got an extended look at Red Fall.

A Closer Look at Red Fall and a Release Date

“Experience Redfall solo or with up to three friends and face off against the bloodsuckers holding the island hostage. In signature Arkane style, you will choose your path across the island and through the vampire masses as you discover what caused this plague of bloodsuckers and put an end to the threat. Explore a beautifully hand-crafted world packed with detail and shine a light on the island’s darkest corners as you fight to uncover the vampires’ secrets. Choose from a roster of heroes with unique, upgradeable skills and gear them up with customizable weaponry found all over the island. Do whatever it takes to build the perfect squad of vampire slayers.”