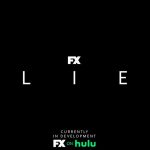 You are reading
Alien is coming to FX and Hulu

Yesterday Disney had an investor call showing off all of the movies and shows that they are working on. The amount of content was amazing. One of the best things to be announced was an Alien show on Hulu.

I did say that correctly. Those large Xenomorphs that have decimated space travel for years will be finally getting at a TV show. The show itself will actually be featured on Earth. That right there gives me goosebumps. Given that the last movie Alien: Covenant ended the way it did, I hope it has some roots in the show.

Alien is currently in development at @FXNetworks. The first TV series based on the classic film series is helmed by Fargo and Legion's @noahhawley. Expect a scary thrill ride set not too far in the future here on Earth. pic.twitter.com/KBigUGnXpB

Noah Hawley has done such a great job with Fargo and Legion that fans shouldn’t really worry that much. Ridley Scott is helping out with the show. He’s the guy behind the first film and then the last two movies Prometheus and Alien: Covenant. This will be the first time these Aliens have been on planet earth in the movie’s timeline. It seems that the Predator vs Alien movies is not counting towards this story. It’s ok since those were some awful movies.

With movies, you really only have one shot at telling the story. Now that we get to see this in an episodic adventure, it really makes me happy to see more movie properties going down this road. At the moment we don’t have any word on when this show will be released or who is in it. Hopefully in the next few months that news will be released.

Take a moment to bookmark Lordsofgaming.net to get all of your gaming and entertainment news. That includes a weekly look at the champion of that week’s box office receipts.