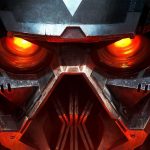 It is without a doubt that the PlayStation 4 had some of the best first-party software we saw in the last console generation. The consistency and quality that was delivered by PlayStations worldwide studios were phenomenal. From brand new IPs like Horizon: Zero Dawn by Guerilla Games,  to reimagining of massive franchises such as God of War. It is safe to say that PlayStation took some gambles while continuing to deliver classics that the fans wanted. However, there was one IP that did stumble and “Shadow Fall” so to speak, and that IP would be Killzone.

A Historic Franchise Until The Fall

For those that aren’t familiar, Killzone was Guerilla Games’ FPS franchise which debuted on PlayStation 2 and played an intricate part in the studio being acquired in 2005. Killzone 2 was marketed as one of the many Halo-killers that came out during the PlayStation 3 era. While the game certainly didn’t destroy Halo, what it did offer was an incredible FPS experience in both single-player and multiplayer. Due to this, it quickly became one of the most remembered IPs of the PlayStation 3 generation alongside the likes of Uncharted, and God of War.

Fast forward to 2021, and it has been 7 years since the last installment in the franchise. Killzone Shadow Fall was a beautiful game, but it was packed with many flaws. The critical and commercial success of Killzone: Shadow Fall was far from the franchise’s glory days. While many fans were disappointed in the game, it ultimately felt like the series was still redeemable. After all, many franchises have come back from way more terrible games in big ways. Ultimately, Shadow Fall felt like a misstep for the franchise. To find out that the official site was being pulled felt ultimately like a nail in the coffin of the franchise.

Now to be clear, there is no saying that Killzone is gone forever. We could possibly see another installment or even perhaps a remake of the original Killzone in the future. But for now, it’s clear that Guerilla Games remains focused on building on the massive success of Horizon Zero Dawn. With Horizon: Forbidden West possibly being one of the most anticipated PlayStation 5 titles. Add on the heavily rumored new IP from the studio’s second team, and it feels likely we won’t see a new Killzone title on the PlayStation 5.

Why is shelving Killzone a big deal?

Why is shelving disappointing? The big glaring issue for me is that it represents a genre diversity problem that PlayStation Worldwide Studios faces on a regular basis. While almost everyone can agree PlayStation makes some of the best 3rd person action games we have seen this past decade. It has been an increasing pattern that many of their studios work on 3rd person action games almost exclusively. I cannot stress enough that this is not a bad thing. I am not asking for God of War: Ragnarok to be a first-person game. The IP’s that PlayStation has worked perfectly the way they are. However, I wouldn’t mind seeing them test their metal and try something completely different.

This is actually perfectly demonstrated by Guerilla Games with the creation of Horizon Zero Dawn. Prior to its release, Guerilla Games had almost exclusively made FPS games. For them to step outside of their comfort zone and do something completely different was incredible. Not only did they did take a big step in a new direction, but they also did it in an amazing way. Horizon Zero Dawn remains one of the biggest new IPs that released the last generation. That is no small feat, and I truly believe other studios within PlayStations’ first party could rise to this challenge.

With the shelving of Killzone, it leaves PlayStation with no first-party FPS games. While they have filled out their lineup with 3rd party timed exclusives like Deathloop, it still feels like a massive hole in their lineup. Many have argued on forums endlessly that the FPS genre is overcrowded by 3rd party developers. Massive multiplayer games such as Call of Duty, Battlefield, Apex Legends, and much more lead into a pretty solid argument. Even single-player focused games like Metro Exodus and Doom Eternal create impressive and immersive FPS games.

Take The Risk With The Right Talent

Personally, I still want to see PlayStation take a crack at it. They have some incredibly talented studios that could easily make some top tier FPS games. An easy pick would be to bring Resistance back, another dormant FPS franchise originally made by Insomniac Games. Now with Insomniac Games being part of PlayStation’s first-party, why not bring that IP back? Or at the very least make a remastered/remake of the trilogy, similar to the upcoming Mass Effect trilogy collection. PlayStation has already found incredible success with remakes of some of their most classic games. The success most recently of Demon’s Souls and Shadow of The Colossus are prime examples of this. Not only did these games cash in on long-time fans’ nostalgia, but they also brought these games to a whole new audience. It was a win-win scenario for PlayStation, I can’t see them ignoring Resistance much longer, especially if Killzone is indeed gone for good.

I would love to see some other studios take a crack at making an FPS game. Could you imagine if Naughty Dog brought their talent and storytelling to a first-person perspective? Or Sony Santa Monica taking their knack for kinetic melee combat through God of War and making the first-person hack and slash RPG? There are endless possibilities and scenarios you can play out that would be incredible. It doesn’t necessarily have to be Killzone to make a return, but with the hole where Killzone used to be, I hope PlayStation will fill it sooner rather than later. Who knows, maybe Guerilla Games 2nd team is working on the long-rumored Socom game. Which is another phenomenal IP that has been dormant for far too long. Only time will tell if these rumors have any truth to them in the coming years.

In conclusion, I don’t think people need to be hitting the panic button in regards to the future of PlayStation without Killzone. 2021 and 2022 look to be packed with a wide variety of incredible games, many I am personally looking forward to. But as an avid FPS player, I hope that PlayStation has something in the fold somewhere to fill the void left by Killzone. The will be plenty of games to fill the void left by the departure of Killzone, and it honestly feels like the end of an era. From Killzone’s beginnings on PlayStation 2, all the way to the last installment on PlayStation 4, it’s been a journey. So for now, I raise a glass to Killzone, and I hope it won’t be long till we see you again my friend.