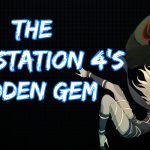 Some time passed from the reorganization of JapanStudio has left me in a reflective state. One in which has caused me to sift through my memories of the studio’s bevy of unique titles. From PaRappa to Shadow of the Colossus, The Last Guardian, and to a lesser extent, Knack, I owe a lot of my gaming history to this team.

Yet, one of my most recent and fondest memories lie within a series that started on the Vita. The title followed a selfless girl with the ability to change her world. Instead of any in-depth critique, I wanted to write a celebration of sorts. A celebration about a quirky little game, forgotten amongst esteemed company.

Without further ado, let’s talk about some Gravity Rush 2!

My Brief History with Gravity Rush

My association with Gravity Rush came at a weird time in my life. See, I recall watching Sony’s Paris Games Week showcase in 2015. Here, Detroit Become Human and Wild were both revealed to the public, and Gravity Rush 2 was announced. While the game looked neat, it wasn’t on my radar per se, until a YouTuber, convinced me otherwise. The passion and sheer excitement with which AlphaOmegaSin spoke with for the game gave me the push to try it out. Luckily, not too long after this reveal, a Gravity Rush Remaster was announced for PS4. Essentially, allowing no excuse for me to miss out on this franchise.

The remaster released in early 2016, a time when I moved away from an area I knew for many years and into a place completely uncharted. Suffice to say, it was a stressful period yet I found solace in Gravity Rush. Turns out, zipping around with Kat through Hekseville, jamming out to the Pleasure Quarter music, proved exactly what I needed at the time. While I enjoyed the game thoroughly, Gravity Rush felt like the basis of what was to come. Like it was only just scratching the surface of its potential.

However, with Gravity Rush 2, that potential became reality, and what we got was THE definitive Gravity Rush experience. 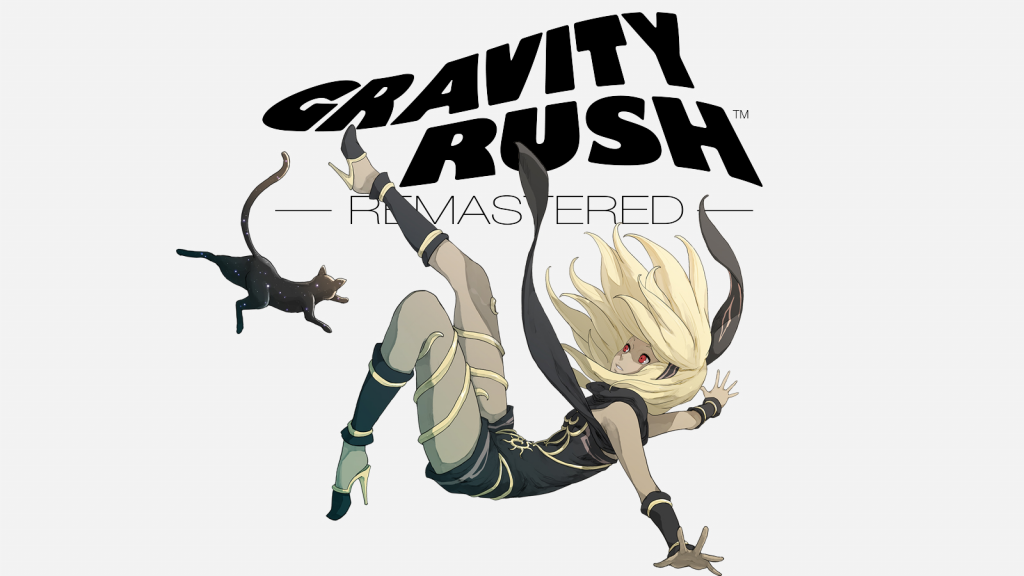 Defying The Laws of Gravity

Just as its predecessor, Gravity Rush 2’s gameplay revolves around a number of things. Namely, traversal, gem collecting, and combat. All of which is accomplished by the ability to manipulate gravity, done so by your trusty space cat sidekick, Dusty. Diving deeper, this means Kat, despite appearances, isn’t flying. Instead, you have the ability to control Kat’s gravitational direction, causing her to fall in any direction you choose.

Touching on this further, I’d argue traversal acts as Gravity Rush’s most compelling aspect. Jirga Para Lhao, the game’s main setting, is an absolute delight to navigate due to your gravity manipulation. Although it may feel cumbersome and awkward at first, it becomes satisfying along the way. This satisfaction lies within both Kat’s progression and your own, gradual mastery of the movement. See, at the start, similarly to Kat, you are merely flailing and falling around with movement devoid of any grace. Constantly realigning yourself, having to stop and start again, essentially becoming overly familiar with the L1 button.

Yet, you will reach a point of understanding and will meet the game on its own terms. A point where you can easily juggle Kat’s array of abilities, all while navigating the intricacies of the game with finesse and confidence. It’s a somewhat similar feeling as truly grasping the movement in say, Prototype, InFamous, or The Pathless. All predicated on free-flowing, liberating movement, in turn, helping spaces feel genuinely fun to contend with. 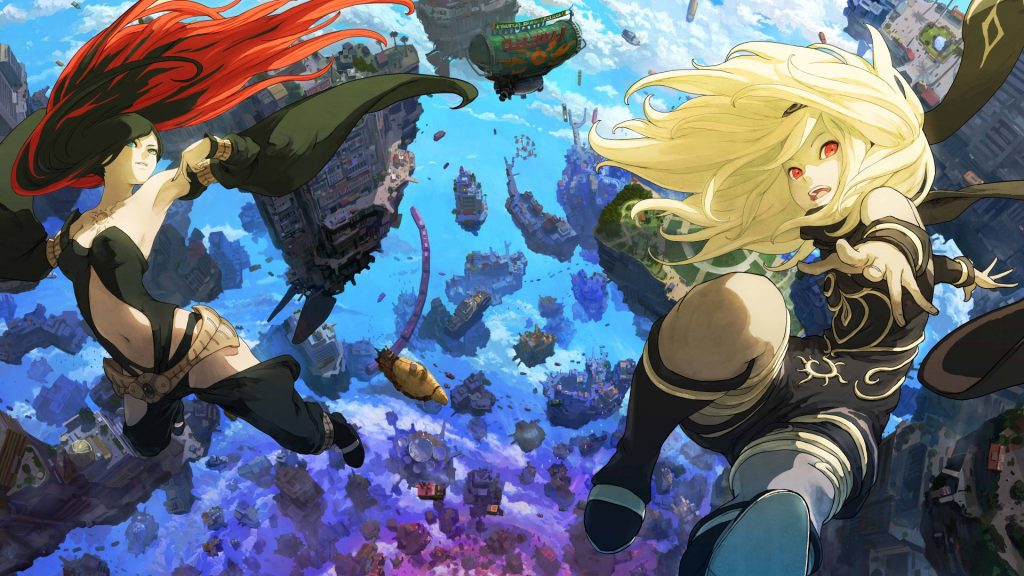 As eluded to earlier, this gradual mastery translates to combat as well. There are a few options to exact pain on your foes. One such option allows Kat to utilize a stasis field to hurl objects towards enemies. As well as the primary tool of violence being kicks. Where the player can point Kat towards an enemy’s weak spot and send her there, alongside an always reliable gravity kick to dismantle her prey. Well, reliability might be a bit of a stretch thanks to that camera.

Navigation directly feeds into combat as well in terms of upgrades. All locations are littered with gems. You can find them atop rooftops, underneath islands, alongside pipes, essentially every crack and crevice will have a gem. Think of this similarly to Crackdown or InFamous. Since they are, more often than not, placed in precarious positions, navigation will be key. Much in the same way as Crackdown, you collect gems in order to upgrade your abilities. So, the more you explore and master movement, the more Kat progresses skill-wise.

Meaning, exploration, and traversal do have a direct correlation to getting stronger.

However, Gravity Rush fans will point out, this isn’t inherently new. Thankfully, Gravity Rush 2, freshens up the formula a bit. In doing so, the game presents more flexibility for players in both combat and traversal. The team accomplished this by introducing gravity styles within Kat’s arsenal. Firstly, there’s the Lunar Style, a mode making Kat faster at the expense of power. While the second mode, Jupiter, makes Kat stronger but sacrifices speed. These aren’t groundbreaking per se, (even if the rocket launch ability is DAMN FUN) yet they do offer a bit of variety to combat that borders repetitiveness. 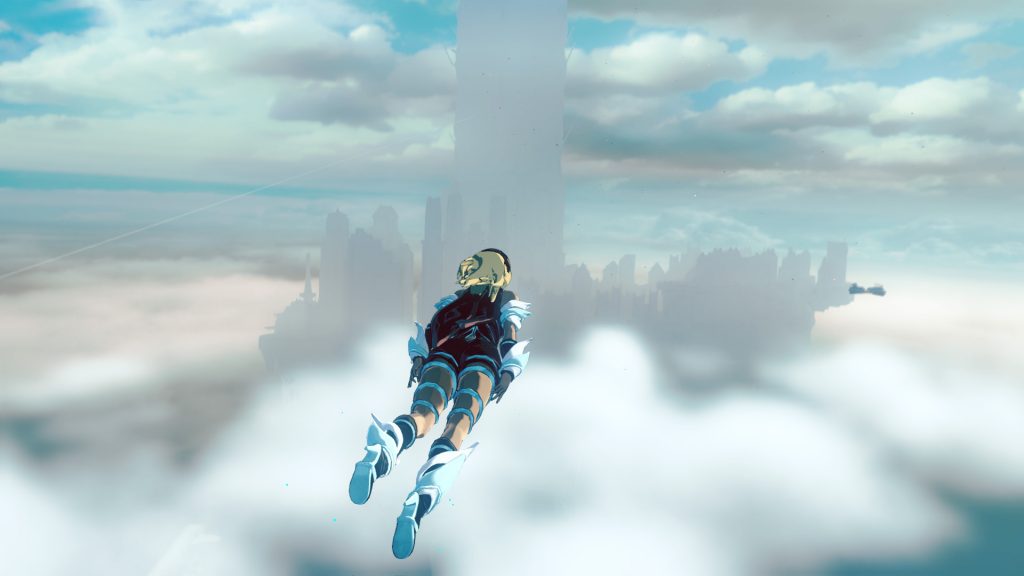 A Sight to Behold

While feeling lukewarm on the Gravity Rush Remaster’s presentation, the sequel absolutely blew me away. Devoid of the washed-out color palette of the first game, reaching Jirga Para Lhao for the first time punches you in the face with an explosion of color. Whether it is the bustling markets of Lei Colmosna or the otherworldly haven for the rich called, Lei Havina, each district feels distinct both in aesthetic and tone.

When compared to Hekseville, the location of the first game, Jirga Para Lhao feels even more realized. The setting is structured in such a way, where you have a series of islands suspended in mid-air. All of which, Kat can bounce back and forth from in a moment’s notice without a loading screen. If you want to fall all the way down to the poverty-stricken district of Lei Elgona and soar back up to Lei Havina, you can do so. Although, you may be falling for a while. 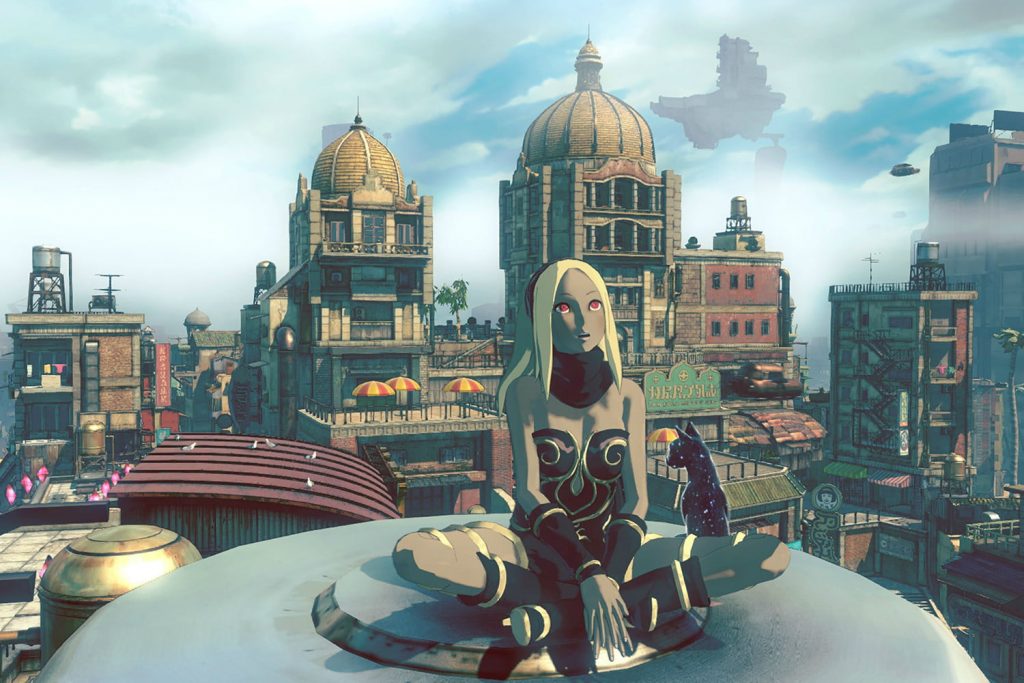 The people within these districts move about with their own little agendas. Tending to their own stalls, convincing others to gaze upon their wares all until you come barreling in. Leading those stalls, crumbling into a thousand pieces. This may seem a little sadistic, but seeing the world and its inhabitants physically react to you shifting gravity around them, never gets old. And yes, flinging these poor people into the void never to hear from again is quite hilarious.

Keeping in line with the first game, the cell shading art style returns but truly pops here. Characters look more expressive than ever. While their designs have a degree of distinctiveness where you only need to see a bit of their body to instantly know who it is. Such as Raven’s red hair, Kali Angel’s wings, or even something like Lisa’s wide-brim hat. Even with a decent-sized cast, the creators ensured everyone stands out, with designs that make sense within the context of the world.

Although some have considered the game’s story lacking, I feel the opposite. There are genuine great moments sprinkled throughout. Towards the end, however, those great moments are more abundant. Sure, I can agree the first two chapters may not be the most compelling stuff as it certainly attempts to tackle some larger issues. We have seen these types of issues being tackled many times before in games.  With that said, once the title card popped up and said ‘Chapter 3 Hekseville’ I said to myself, oh wow the team is really swinging for the fences here!

Clearly, I won’t get into the deep specifics, but there was a lot to love here. From seeing how much the place has changed since Kat’s absence. One of the most obvious ways includes the town’s tightened security, where little drones patrol the streets. To then, the introduction of Kali and Durga Angel who have taken your place. To reuniting with old friends like Yunica, the Sea Wasp, and getting introduced to the rebel group, Chapter 3 nearly feels like the foundation for a Gravity Rush 3!

Final Chapter Eto, on the other hand, is another beast entirely. 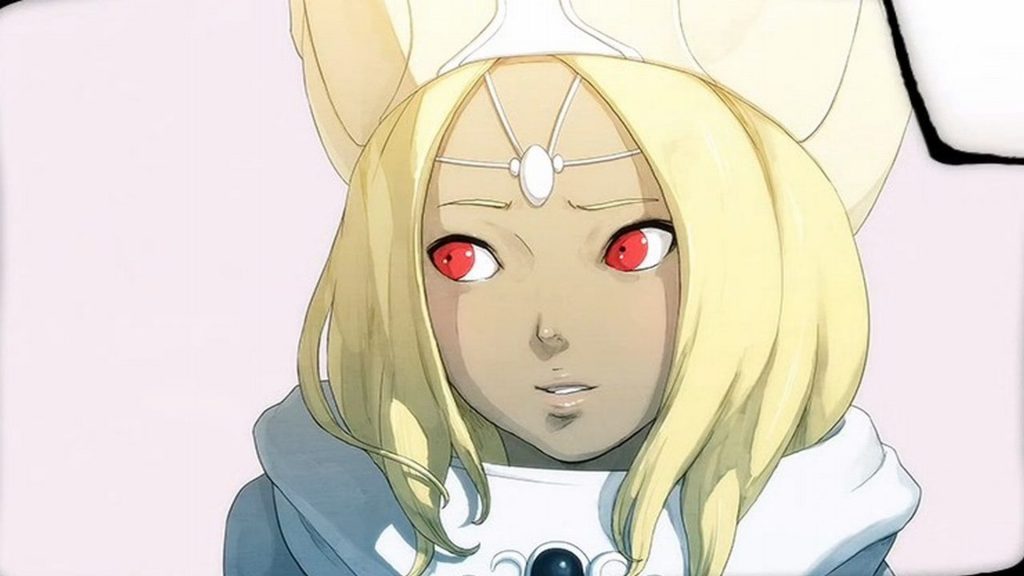 The first game opens with the protagonist waking up with amnesia. No inkling as to who she is, where she comes from, where she is, and why this weird space cat is following her. As the player, you want to discover the answers to these questions just as much as Kat. Thankfully, Gravity Rush 2 answers those questions through a secret ending many players missed. Even more fascinating, you can access the chapter by traveling up the World Pillar. A constant mystery in the Gravity Rush universe, looming over the denizens of Hekseville, can now be uncovered by soaring to the peak. Suffice to say, it’s quite the journey and exercise in mental and physical endurance.

Once you reach said peak, however, you are introduced, essentially to another society completely detached from the world below. It’s here, you learn of Kat’s tragic backstory, of who she was before the events of the first game. Seeing how it all tied together, including Syd’s inclusion and how Dusty fits in, honestly left my mouth hanging open.

I genuinely loved every second of it. Of course, I would follow Kat & Raven on another journey, no questions asked, but what I needed more than anything in the sequel, were answers. Revelations. And thankfully, Gravity Rush 2 delivered and then some.

I know the potential of some sort of continuation looks slim or close to non-existent as you could possibly get. But, in truth, I feel content. With the revelations and long-running questions finally answered, I feel at peace. As if I could walk away from Kat, Raven, Dusty, Syd, Yunica & Lisa, feeling satisfied that they have told me all they needed to say.

It saddens me, this series will never receive the same recognition as Sony’s juggernauts. The Horizon’s, Bloodborne’s, God of War’s, Ghost of Tsushima’s, of the world but I don’t think that matters. When speaking to fans of the series, the sheer passion, and love in which they pour out for Kat and this universe, always astounds me. After all, it was that passion that convinced me to try it out in the first place and for that, I’m grateful.