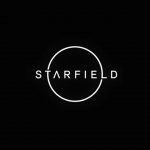 You are reading
Starfield Is Xbox and PC Exclusive

Industry insider Jeff Grubb took to Twitter last night to clear the air on some confusion surrounding Starfield. The Gamesbeat Editor is confirming that he has direct sources to verify Starfield will be coming exclusively to Xbox and PC platforms. In addition to Xbox Game Pass day and date. With more information to follow during this year’s E3 presentation.

For those unfamiliar with Starfield, the game is a new IP from Bethesda Game Studios. The creators of The Elder Scrolls and Fallout series. Starfield brings the large open-world RPGs to a new frontier.  With that, it has become one of the most anticipated games since its announcement in 2018.

When Microsoft acquired ZeniMax earlier this year, along with it came its eight studios, including Bethesda Game Studios. So of course it is a no-brainer that the game would be tightly held under the Xbox brand. Especially after Microsoft’s $7.5 billion acquisition of ZeniMax.

In contrast, was Microsoft’s promise to honor existing deals between ZeniMax and other brands. Which would include Sony and Nintendo. A competing school of thought would be that Sony would have worked out a deal sometime between 2018 and 2021 to ensure that Starfield and Elder Scrolls VI would still come to their platforms.  Sony may have been too busy dealing with major leadership changes during that time period. Including its head of third-party acquisitions leaving for Disney.

Additionally any dealings ZeniMax made up until March 2021 at Microsoft’s behest would be a Securities and Exchange Commission (SEC) violation. Putting everyone in an awkward situation if AAA multi-platform console games were no longer coming to the largest player base. Although that now appears to not be the case as an incoming announcement of exclusivity is on the way.

Last week we hosted Jeff Grubb on our weekly podcast to talk all things video games. Including his history in the industry, and the latest news. Our interview with Jeff can be seen below. The Iron Lords Podcast can be watched live every Sunday or caught on all major podcast services.