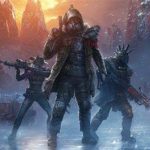 There has been no doubt that Xbox has a clear goal of becoming the king of Western RPGs with their studio acquisitions. After acquiring incredibly talented smaller studios such as Obsidian, inXile, and then of course the massive purchase of Bethesda. The amount of RPG talent at Xbox has never been this high, especially now that Xbox has begun investing back into these smaller studios they have purchased. inXile has a history of making incredible RPGs from Bard’s Tale to Wasteland, they were innovators in the Western RPG market. It appears that Xbox is very much interested in growing these studios and fully letting them fly on their own.

Today, during the 500th episode of Podcast Unlocked, Ryan Mccafferty sat down with Xbox lead Phil Spencer to talk about the future of Xbox coming off the launch of the Xbox Series X. While talking about the strengths of Xbox in terms of its RPG diversity, from Avowed, The Outer Worlds 2 and much more. Mccafferty goes on to list a variety of different projects that various studios are undertaking. He states that inXile is working on two unannounced inXile Unreal Engine 5 projects, to which Phile Spencer smiles and nods about. While we already knew that one project was in progress to hear about a second one, is stunning. inXile was a small studio when it was originally purchased back in 2018 that was working on completing Wasteland 3 at the time of acquisition. Now with Wasteland 3 wrapped up, the team is reportedly hard at work with two new next-generation titles. If you are a fan of Western RPGs, then the next couple of years are possibly going to be incredibly interesting for Xbox users.

2 unannounced unreal engine 5 rpg from @inXile 🔥🤯
And I thought it was only one 👀 pic.twitter.com/47TwGwN0R5

Are you interested in new projects from inXile? Let us know in the comments and don’t forget to check back for the latest gaming news and information.