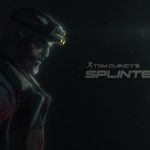 You are reading
Splinter Cell is Back!

Netflix had their Geeked Stream today as part of the Summer of Conventions and one of the big announcements was a Splinter Cell animated show. Spinter Cell was the first of two Ubisoft series announced along with Captain Laserhawk: A Blood Dragon Remix, a Far Cry: Blood Dragon spin-off.

Here's your first look at the Splinter Cell animated series, an adaptation of the bestselling @Ubisoft game.

Derek Kolstad, creator of the John Wick franchise, is onboard to write the series.
#GeekedWeek pic.twitter.com/c3vjJV0wfR

Geeked kicked off with footage of the League of Legends animated series, Arcane developed by Riot Games.

Next up was the first footage of the Cuphead animated show. It was slightly less of a throwback to the 1920’s than what many were expecting. Wayne Brady was announced as the voice of King Dice, though.

This was followed up with a deep dive on the Captain Laserhawk: A Blood Dragon Remix.

Breaking news! @Ubisoft allowed me to create a new Universe for them that acts as a “Blood Dragon remix” of all Ubisoft properties … think Captain N: The Game Masters but good … or the Bootleg Universe short films without copyright infringement! 1/3 pic.twitter.com/FuwZZji2J7

You can watch the full stream below.