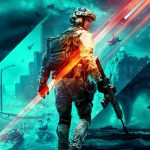 You are reading
Battlefield 2042 Has Been Delayed Into November

This week has already hit us with delays. Just yesterday, Dying Light 2 was officially delayed into Spring of 2022 due to the team needing more time to polish and deliver the full vision of their game. This looks like it will become a trend, as another big AAA game for this holiday season was just delayed today, though it is not nearly as long of a delay as Dying Light 2. Battlefield 2042 joins the growing list of games delayed this week.

In an official Twitter announcement from the developers, Battlefield 2042 has officially been delayed to November 19th, 2021. The team cited unforeseen challenges of developing during a global pandemic, as well as the ever-increasing scale of the Battlefield games. Battlefield 2042 was originally set to release on October 22nd, 2021, but now players will have to wait one more month to dive into the world of Battlefield again. It was noted in the developer’s press release that they will be giving an update about the open beta soon. The open beta was supposed to release sometime near the end of September, however with this delay it is likely we will be waiting a little bit longer to play the beta. However, with how much pressure there is on EA to deliver a truly amazing Battlefield game, it is important that the developers take the time their need to truly deliver a classic Battlefield title.

An update from the Battlefield team pic.twitter.com/K53VNM2tTz

Are you excited about Battlefield 2042? Let us know in the comments and don’t forget to check back for the latest gaming news and information.