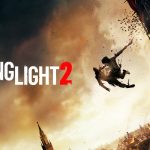 You are reading
Dying Light 2 Has Been Delayed Into 2022

Delays have been a common theme in video games since the breakout of the COVID-19 pandemic back in early 2020. While many studios have adapted and overcome the unique set of challenges, it unfortunately still has set many games back in their development cycles. Dying Light 2 is one of these games, that has had its own unique challenges after supposedly being set to release in 2020, it received a delay into Spring of this year. Then it was delayed again with a finalized date of December 7th, 2021. Many fans were excited to jump into the sequel of the 2015 zombie killing, and parkour world of Dying Light. However, players will have to wait just a little bit longer to kill more zombies.

In an official announcement via the official Dying Light 2 Twitter account, we learned that the game will be delayed into 2022. However, it is not really that long of a delay as per the developers the game is set to release on February 4th, 2022. While delays certainly are disappointing as a fan, ultimately allowing developers to have more time to polish and tweak the game to be its best is important. Fans seem to be more forgiving after the Cyberpunk 2077 debacle that saw many players struggle to fully experience the games, especially on previous generation hardware. Considering Dying Light 2 is coming to both PlayStation 4 and Xbox One, it is critical that Techland doesn’t repeat the mistakes of CD Projekt Red. We cannot wait to play Dying Light 2 when it releases in February of next year on PlayStation, Xbox, and PC.

Are you excited about Dying Light 2? Let us know in the comments and don’t forget to check back for the latest gaming news and information.