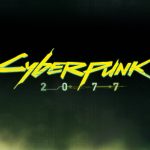 There was no doubt that Cyberpunk 2077 was a disappointing release for many fans. After being one of the most anticipated games of 2020, it quickly became one of the biggest disaster launches in years. It however looks like CD Projekt Red is still dedicated to making Cyberpunk 2077 the game they promised it to be but this may take more time then anticipated. During the company’s latest financial call, it was revealed that, although they are still aiming for this year’s release, they cannot guarantee delivery of the next-generation patches for Cyberpunk 2077.

“The target is to release the next-gen version of Cyberpunk 2077 late this year. At the same time, keeping in mind the lessons we have learned during the past year and taking into account that this project still remains in development, we can’t say with full certainty that the production schedule will not change.
With The Witcher 3, the situation is slightly different in the way that this is being tackled by the external team mainly, which is Sabr interactive, the company that we have worked with before on Switch and also with updates in the past.
As with Cyberpunk 2077, our goal is to release that game still in late 2021. However, similarly, the development process is ongoing, and we cannot be absolutely dead certain that the release schedule will not change.
But for the time being, we definitely are aiming with both titles for late 2021 and I don’t want to be more specific at this moment in time.” 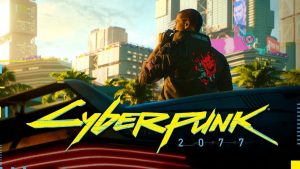 CD Projekt Red has been hard at work, continuing to patch the game. The team just released patch 1.3 which improves the game’s performance on many platforms including last generation consoles. This is on top of working on the games first major expansion, which currently has no set date for release.

“The next-gen version is an important step on our adventure in the Cyberpunk universe. We strongly believe in the long term potential of this IP. That’s why we’re currently working on the first expansion for the game, although I cannot say anything for more about it at this point in time.”

It is worth noting that Cyberpunk 2077 recently returned to the PlayStation Store after being removed just after the launch of the game. It will be interesting to see if CD Projekt Red will be able to hit their goals for 2021.