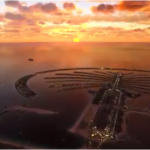 With a jaw dropping new trailer at their E3 press conference, Microsoft announced its return to the Flight Simulator after a nine year absence to the genre. While few details are know, locations all along the Pacific Rim were shown including Hawaii and Seattle. Combined with the remake of Age of Empires 2 and Xbox Game Pass for PC, Microsoft showed its renewed commitment to the PC platform.  The most interesting part of the trailer though, came at the beginning, where it announced that the game would be powered by satellite data. This indicates a Google Earth scale, which would far surpass anything that has been seen before in the series. See the trailer for Flight Simulator below.

The sky's the limit in Microsoft Flight Simulator for PC. #XboxE3https://t.co/8Nrh4tQvhb pic.twitter.com/ko3UNFvMYn