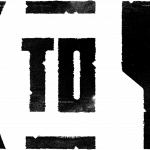 You are reading
PAX East 2022 – Trek To Yomi Interview

Pax East 2022 is here, and the Lords from Iron Lords Podcast and LOGNET are live on the show floor. Check out this exclusive interview with the developers behind Trek To Yomi. The game is a cinematic samurai black and white action game from Devolver Digital.

Trek to Yomi Gameplay is King

The game is a 2D side-scrolling action game that calls to mind the best of the Kurosawa samurai films. The game incorporates a unique combat system that combines stick and button controllers for different attack combinations. The camera does not stay in a strict 2D perspective and will pan around the character to enhance the cinematography. The game will launch later this year.