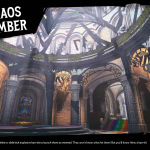 Tiny Tina’s Wonderlands has its own unique endgame when compared to other Borderlands games. Borderlands 2 famously had its raid bosses like Terramorphous or the four dragons. While Borderlands 3 took a more Diablo-style approach with its endgame, where it introduced “Mayhem Mode”.

Mayhem mode allowed you to tune the difficulty to your competency. Where you had ten levels to choose from. Weapons, grenades, and class mods that dropped from these levels were aligned to that difficulty level though. So grinding out standard enemies and bosses was all that you could do. It was very limited until they brought in the takedowns. But back to Tiny Tina’s Wonderlands and what it did for its endgame. 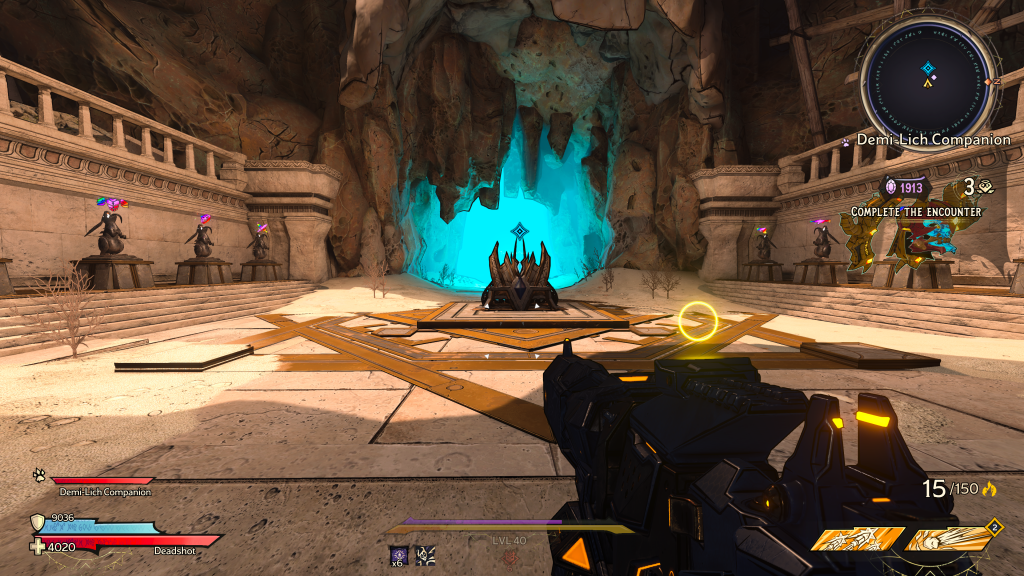 While having the series staple of farmable story bosses. It also included the “Chaos Chamber” that offers you an all-you-can-eat buffet of infinitely farmable combat scenarios. Please do not read onward as it will contain some light story spoilers.

What is the Chaos Chamber in Tiny Tina’s Wonderlands?

The Chaos Chamber unlocks after you finish the main story. It is here that you will meet with the Dragon Lord who will take you on a mini-tutorial. Afterward, what can you expect moving forward in this activity? To put it simply: The Chaos Chamber is a procedurally generated rogue-lite activity. You fire up a run from a selection available to you and go through multiple different rooms leading up to a boss to take down. The enemies will always be enemies you can fight outside of the Chaos Chamber, same with the bosses. 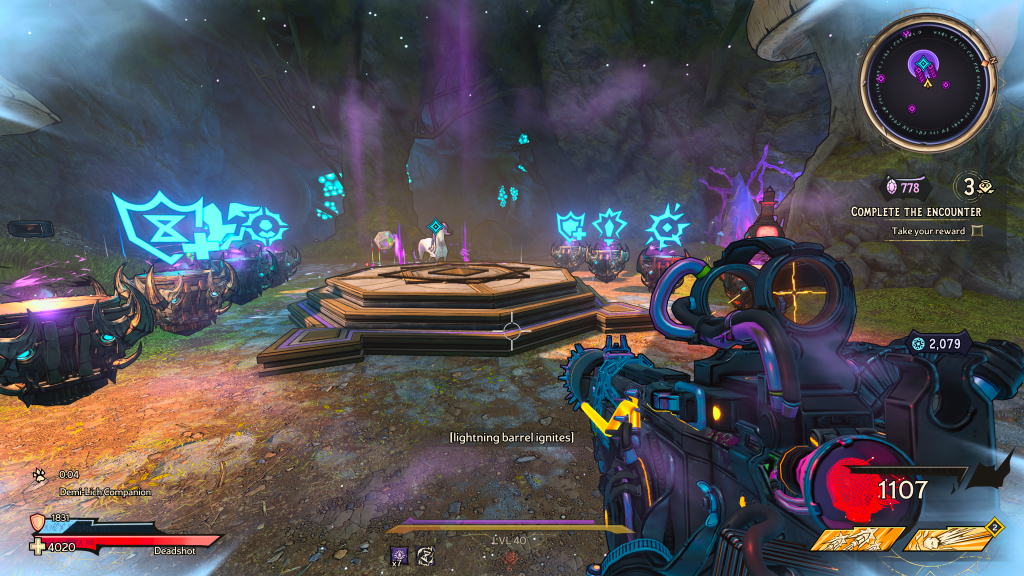 But how this differentiates from the core experience is some arcadey elements on top of a unique currency system. The first room you will finish will end with you picking a debuff from the Dragon Lord. These can range from easy, medium, and hard modifiers. These modifiers increase your Crystal gains. Crystals are used to buy permanent mini-buffs for your run. Like increasing weapon damage or spell damage, or buying extra lives.

On the other side of this, there are rooms that allow you to gain a buff from Queen Butt Stallion. These buffs will not be clearly told to you but can be viewed in the menu. 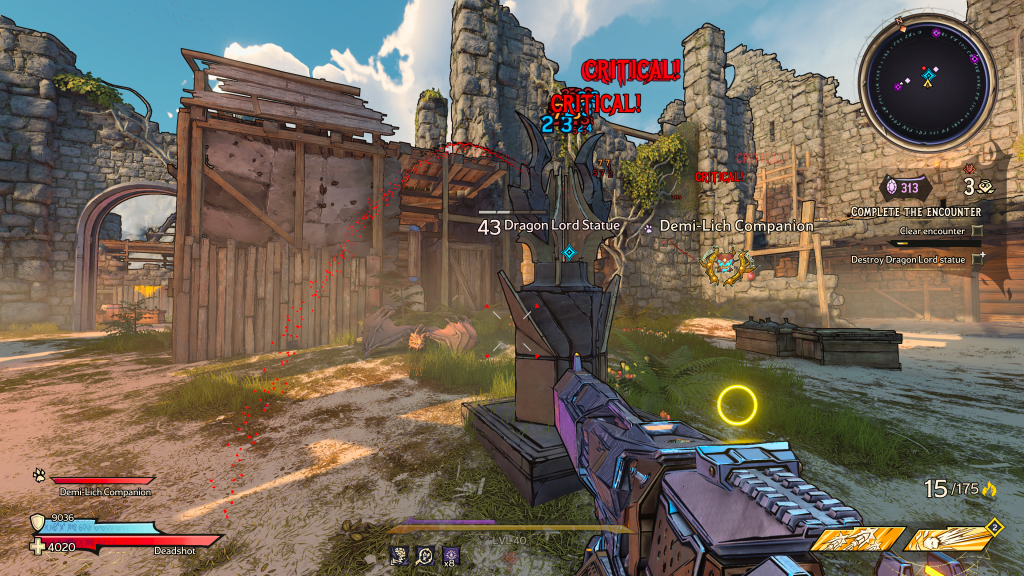 That is not all though, as halfway through your run you will have to fight a mini-boss similar to the obelisks found in the levels outside of the Chaos Chamber. As well as optional side objectives in each room that will reward you with an additional Crystal dice to smash for Crystals. To quickly recap what I’ve said here:

What you should do starting off on your first runs is go straight for leveling up your Chaos mode. One option available from the Dragon Lord is the option to do a Chaos run that levels your Chaos mode. These will be curated runs with specific sets of enemies and bosses to fight. But if you’re already a natural, get in there tiger! 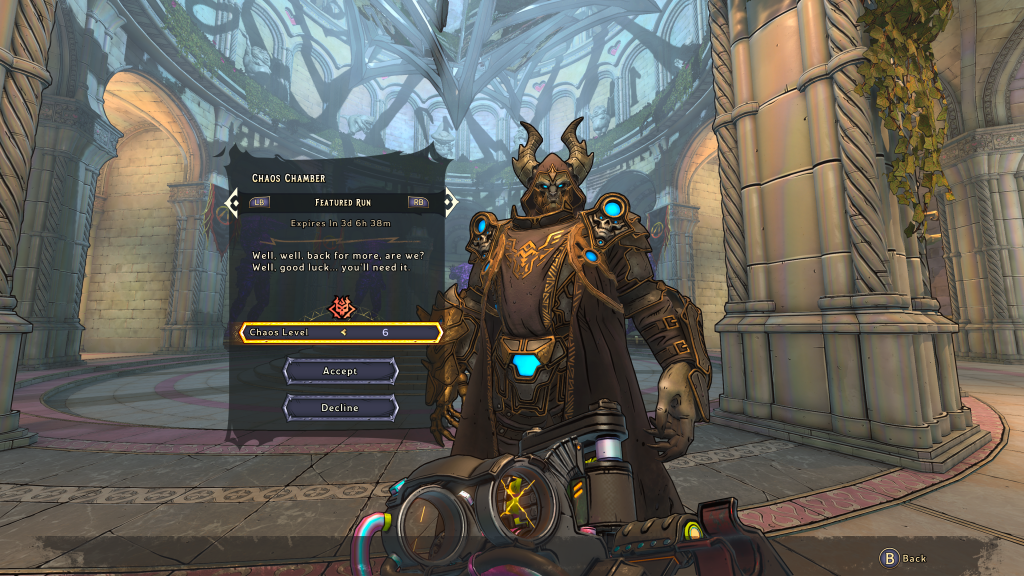 Chaos levels will upgrade enemy health while rewarding you with more experience points for your Myth Rank, as well as more gold and higher legendary drop rates. There are twenty levels overall, and the gains are very generous. To circle back around to Borderlands 3’s endgame with Mayhem mode. Unlike Mayhem where loot drops are scaled to Mayhem, all drops in Chaos mode do not. Meaning you will have to be more careful with your build and weapon choices. 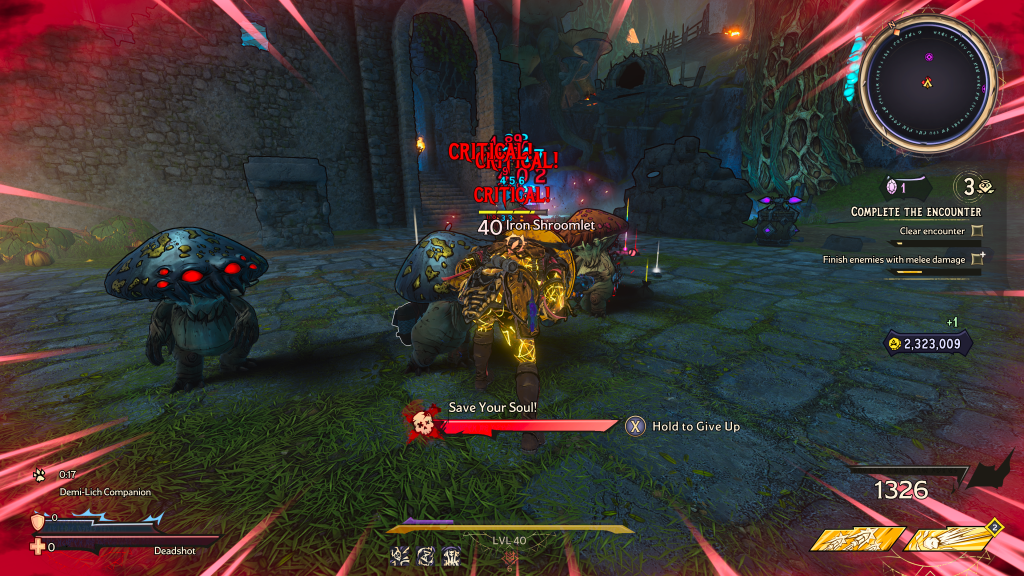 There is a variant for loot drops called “Chaotic” where they get a good buff to stats, however. But this will not be on the same level as a Mayhem ten drops in Borderlands 3. This puts more emphasis on learning how to play the game better and I think it is totally fair. Considering the correct build, you can already steamroll through enemies even on a high Chaos mode level. So this, alongside enabling elite encounters in a run can tailor the perfect difficulty experience to you.

The Do’s and Don’ts of the Chaos Chamber

This section will be dedicated to things you should know before heading in. 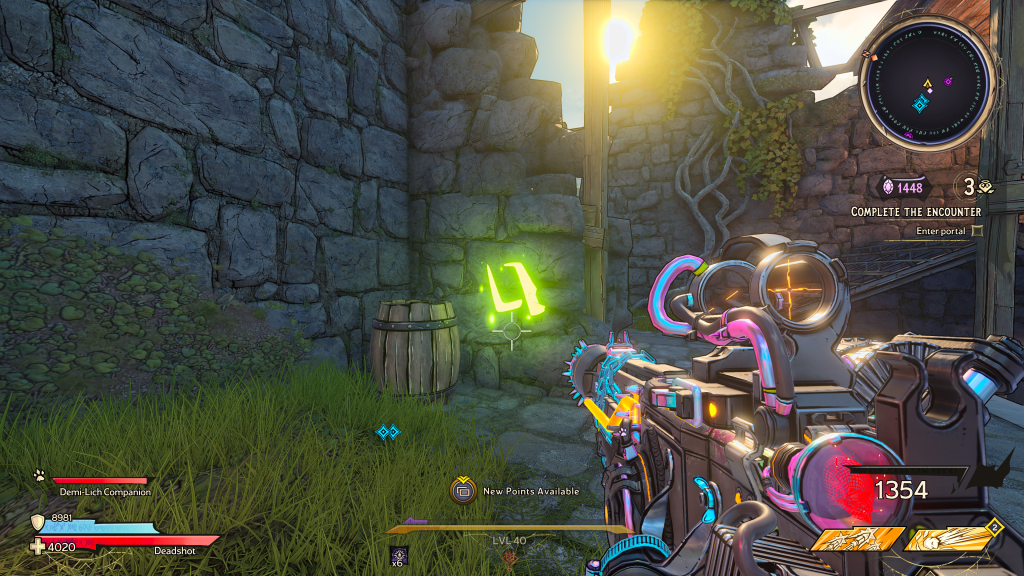 The Chaos Chamber is an interesting endgame for Tiny Tina’s Wonderlands as it allows you to fight through numerous random encounters and bosses. While rewarding you in its treasure room and even has some secrets to encounter, if you’re ready. Don’t be afraid to engage with it, you don’t have to level up your Chaos mode if you don’t want to, and just have fun with a refreshing rogue-lite activity.