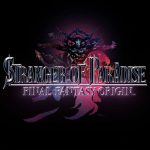 There are certain names in the video game industry that are synonymous with quality. Names that have spent years carving out a reputation for themselves as heavyweights. Final Fantasy is very much in this category. After the success of Final Fantasy VII back in 1997, the franchise was thrown into the spotlight. It has remained there ever since. Each iteration of Final Fantasy is released with a huge amount of hype and fervor. While there have been 15 mainline entries so far in the series, multiple spinoffs have been released over the years. The most recent of these is Stranger of Paradise.

Coming from developers, Team Ninja, Stranger of Paradise comes with a pedigree that blends action and role playing. Billed as a ‘reimagining’ of the story of the original Final Fantasy, it is a 3rd person action RPG that is heavy on action. Unfortunately, it struggles to live up to the Final Fantasy name for numerous reasons. 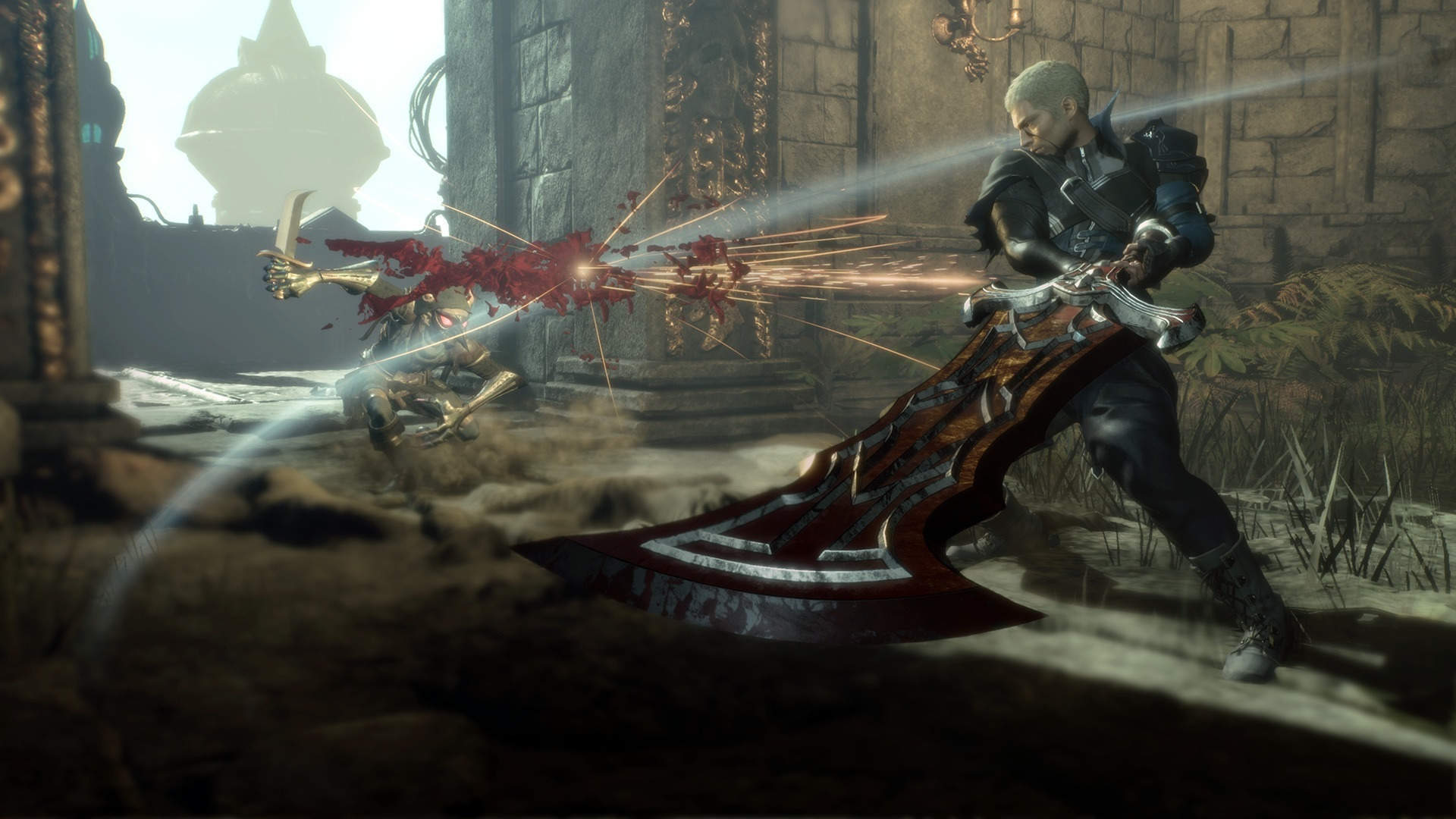 The game follows the rather mysterious story of Jack and his friends, the ‘warriors of light’, as they look to slay monsters and banish the darkness which is consuming the land. To begin with, we are not given too much context in terms of how they met, or why they have been chosen for this mission. This vagueness sets the story off on poor footing and is indicative of what is to come.

Jack himself is incredibly uninteresting. Aside from hitting harder than a truck, he barely has any memorable qualities. The other party members are so forgettable, that you will probably struggle to remember their names by the time the credits roll.

When the original trailer for Stranger of Paradise was released, there were some groans, and more than a few raised eyebrows. The dialogue sounded wooden and borderline ridiculous. Jack probably said the word ‘chaos’ at least 20 times. Everything that came out of his mouth seemed to be about killing chaos.

‘It’s only a trailer’ people said. ‘The dialogue won’t be that bad in the actual game’.

Turns out, it actually is. Throughout the course of the roughly 25-hour campaign, the dialogue ranges from mediocre to downright awful. Everything from the cutscenes to the in-game ‘banter’ between party members, all misses the mark by a wide margin. The funny lines are not funny. The serious lines ARE funny. In fact, I was frantically searching for George Lucas’ name in the credits, because some of these lines would have been right at home in Star Wars: Attack of The Clones.

The characters and their relationships are never really given any room to blossom. The story itself is shrouded in mystery until the last act when everything starts to click into place. While the climax and payoff are actually really good, and go some way to explaining the lack of context and mystery at the start, the issue with this is that it feels like too little too late. The damage has already been done.

No amount of satisfying payoff and plot twists can make up for 20 hours of shoddy dialogue and boring, underdeveloped characters.

It’s A Small World After All 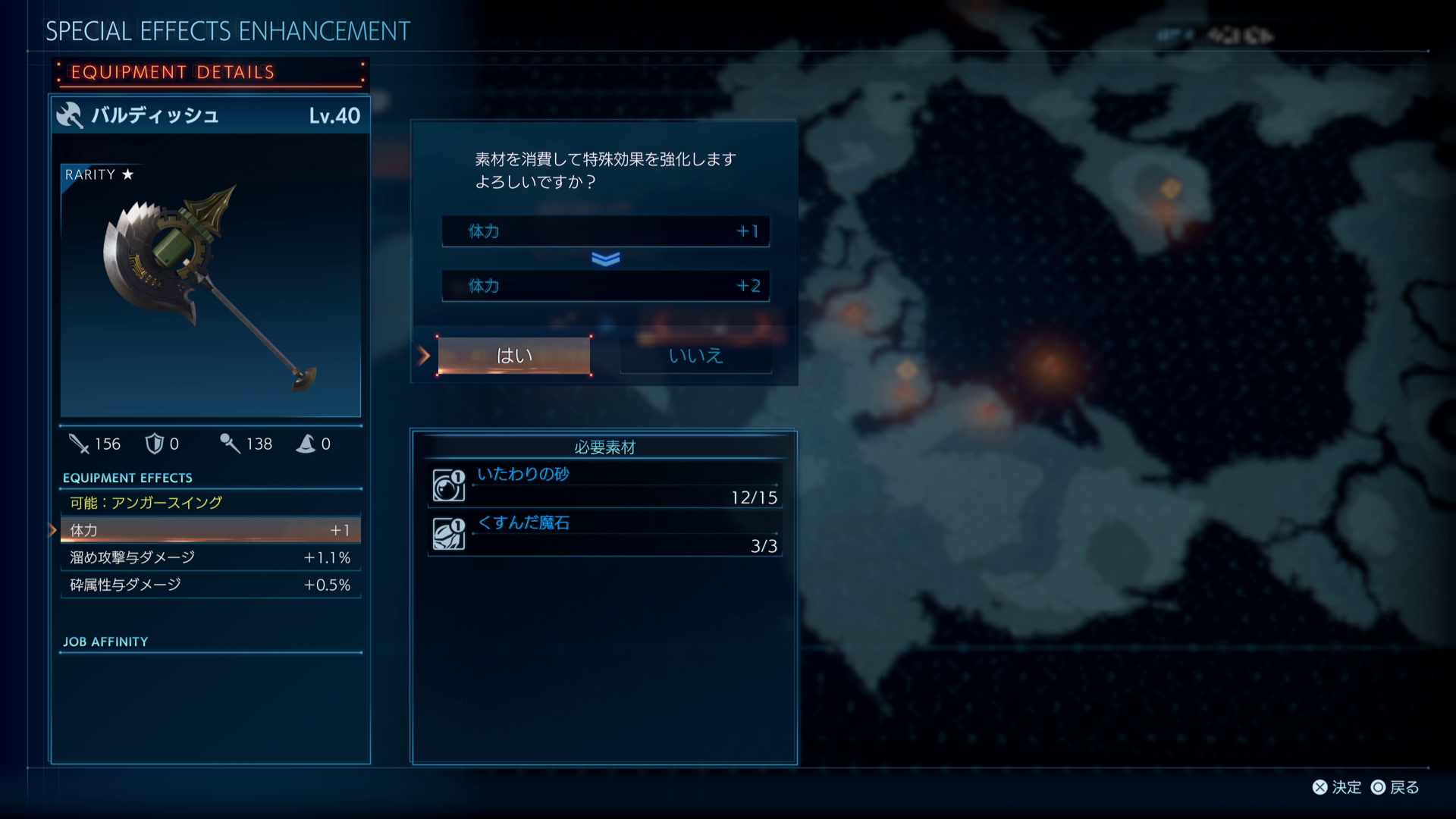 When you are not killing monsters or hunting Chaos, you basically move from mission to mission via a ‘world map’ similar to Nioh. While the map initially looks large, it is actually fairly condensed. You never really get the sense that you have traversed across this huge world by the time you reach the finale.

The game also suffers from the lack of a hub area. While you are free to revisit the city of Cornelia after a while (this is where Jack was given his quest), there is no real incentive to do so. There is nothing of interest there except for a couple of meaningless conversations with NPCs that have no bearing on anything.

The ‘Smithy’, the game’s version of a Blacksmith who can upgrade your gear, is accessible from the world map menu, so you never actually have to visit a location to use him. This is actually a good move though, because he is, for lack of a better word, useless.

Over the course Stranger of Paradise’s main story, you pick up vast quantities of loot. Enemies drop it, it is in chests, and it is given to you as a reward for completing levels. Armour and weaponry are thrown at you at such speed, that you will likely spend a large amount of your time sifting through what is useable and what you need to throw away before you hit your carry limit. There is absolutely no point visiting the Smithy to upgrade your weapon, when you are probably seconds away from picking up more weapons with higher levels. This is a baffling design choice by the developers. You never feel the slightest bit attached to any of the weapons, and none are particularly overpowered.

Another strange decision is the fact that the weapon level determines how strong you are. There is no leveling up of any kind for your character. This is a concept which is probably alien for Final Fantasy (or even RPG) veterans. You can progress through skill trees linked to specific classes in order to unlock abilities. But you will only get physically stronger by equipping higher levelled weapons.

The Heat of Battle 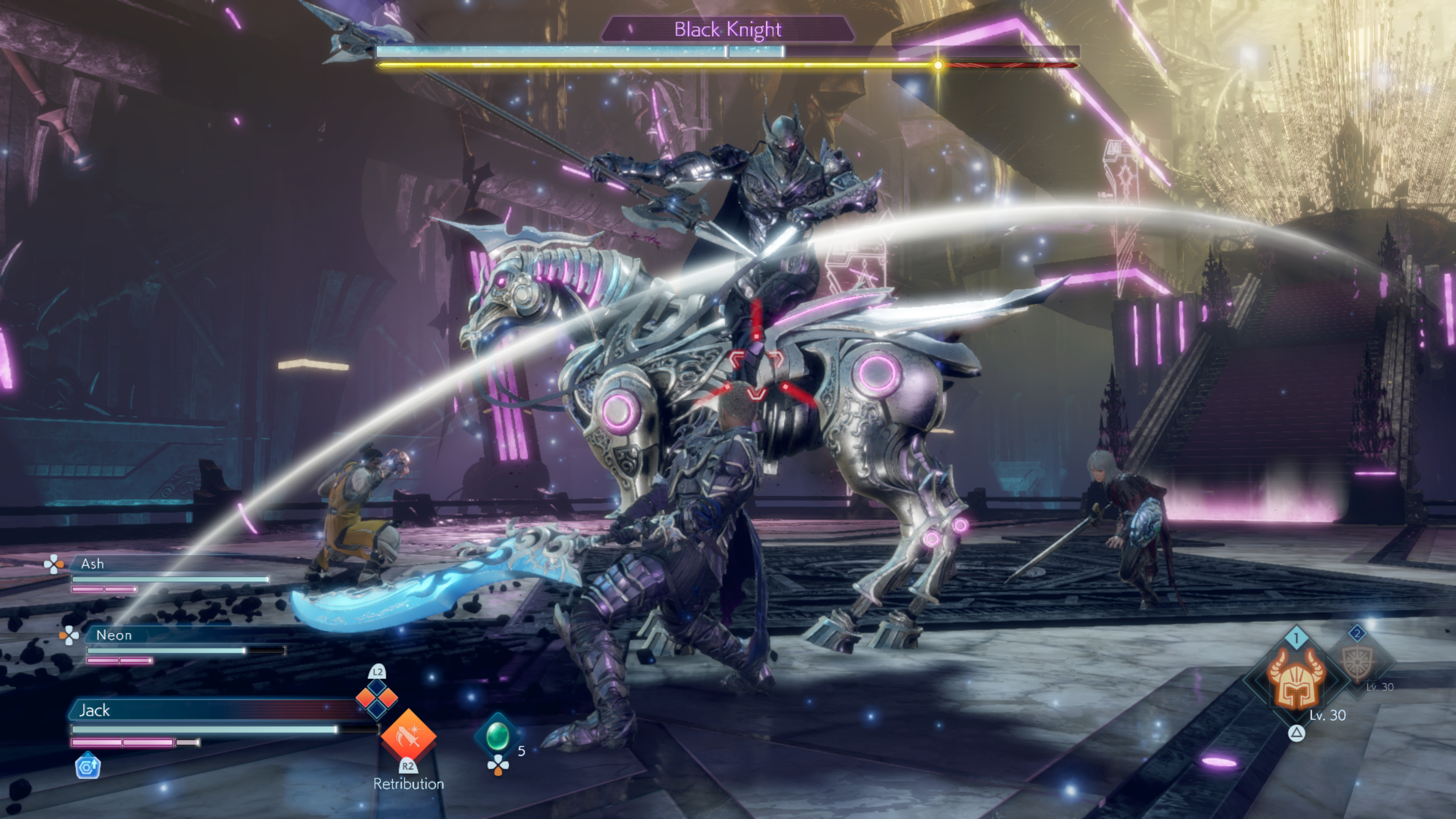 The combat in Stranger of Paradise is varied and exhilarating. This is somewhat unsurprising given the game is brought to us from the studio behind the Nioh and Ninja Gaiden series. Both of which are regularly praised for their combat. Those who are familiar with Nioh, and its sequel in particular, will find many similarities during their playthrough.

Light/ heavy attacks and a dodge button are the framework from which the combat system is built. There is no stamina meter here (somewhat mercifully for those who are playing this after Elden Ring!), but there is a ‘break gauge’. Working similarly to the ‘Ki’ meter from Nioh, both Jack and his enemies have one. It wears down when you guard an attack, or when you use ‘Soul Burst’, which basically lets you absorb an enemy’s attack and even use it against them in some cases. Once the gauge reaches zero, Jack becomes extremely vulnerable to attacks until it recharges.

You also have an MP bar that refills when you land melee attacks. You will need to consume MP in order to cast spells or abilities.

The game-changer here though is the ‘Job’ system. There are multiple classes available ranging from Pugilist to Mage. Each class has its own available weapons, attacks, and abilities. Jack has the ability to switch between different jobs whenever he likes, even being able to quickly swap between two mid-combat.

This adds some incredible dynamics to combat. The speed and fluidity that you can switch from swinging your sword to casting a spell, really helps you to create strategies and customize your build fully until you settle on what best suits your playstyle.

The Stranger of Paradise enemy variety is rich with classic Final Fantasy baddies from the franchise’s storied history. Everything from Tonberrys to Marlboro’s are here, along with some new enemies to contend with too.

The boss battles are fierce and often pit you against more classic baddies such as the Iron Giant. Unfortunately though, they fluctuate wildly between too easy and too difficult. There is no real curve here. The bosses don’t progressively get harder as the game goes on, so you will often sail through a level and then be stuck on the boss, or grind through a tricky level and steamroll the boss on your first attempt. This can be extremely annoying.

If Looks Could Kill 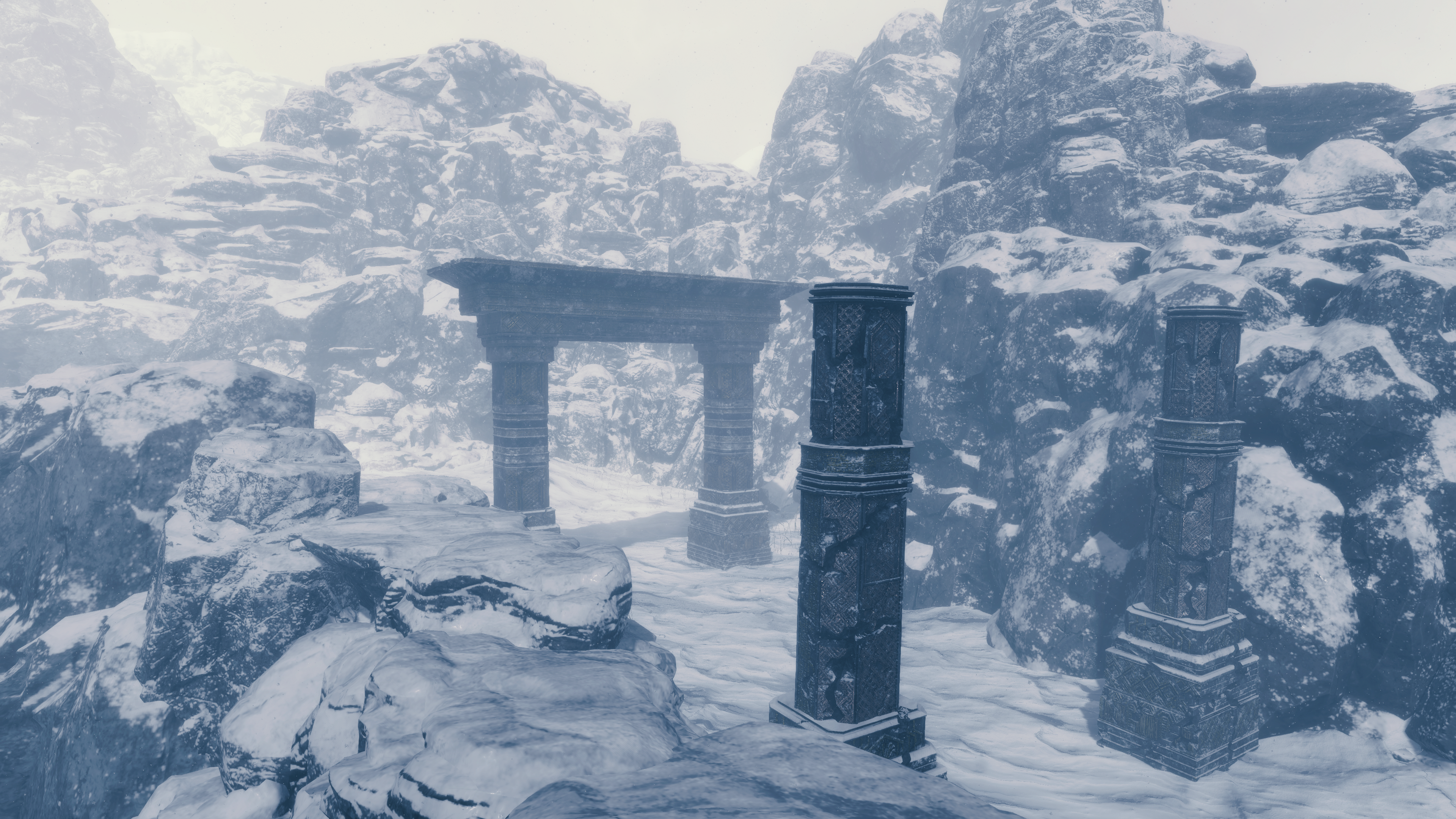 Visually, Stranger of Paradise is nothing short of a mess. I played on the PS5, and it is comfortably the ugliest game I have played on the console. Switching between performance and resolution mode makes absolutely no difference. The lighting is terrible. Most levels are either laughably bright or way too dark. Amending the settings does little to combat this, it simply swings the pendulum more towards one way than the other.

The actual resolution of the screen is also a huge problem, regardless of the TV you are using. In fact, it is so grainy that it can be difficult to make things out very clearly at all. You will genuinely think you are playing it on one of those old chunky TV’s with an AV cable.

The level design is also wildly inconsistent. Some levels are fun to play through, with intelligent enemy placement and some cool little puzzles. Far too many of them though, are ugly, dull, and repetitive. More often than not you will basically run through corridors of enemies before arriving in a larger room with more enemies to kill. Rinse and repeat, before arriving at the boss battle. 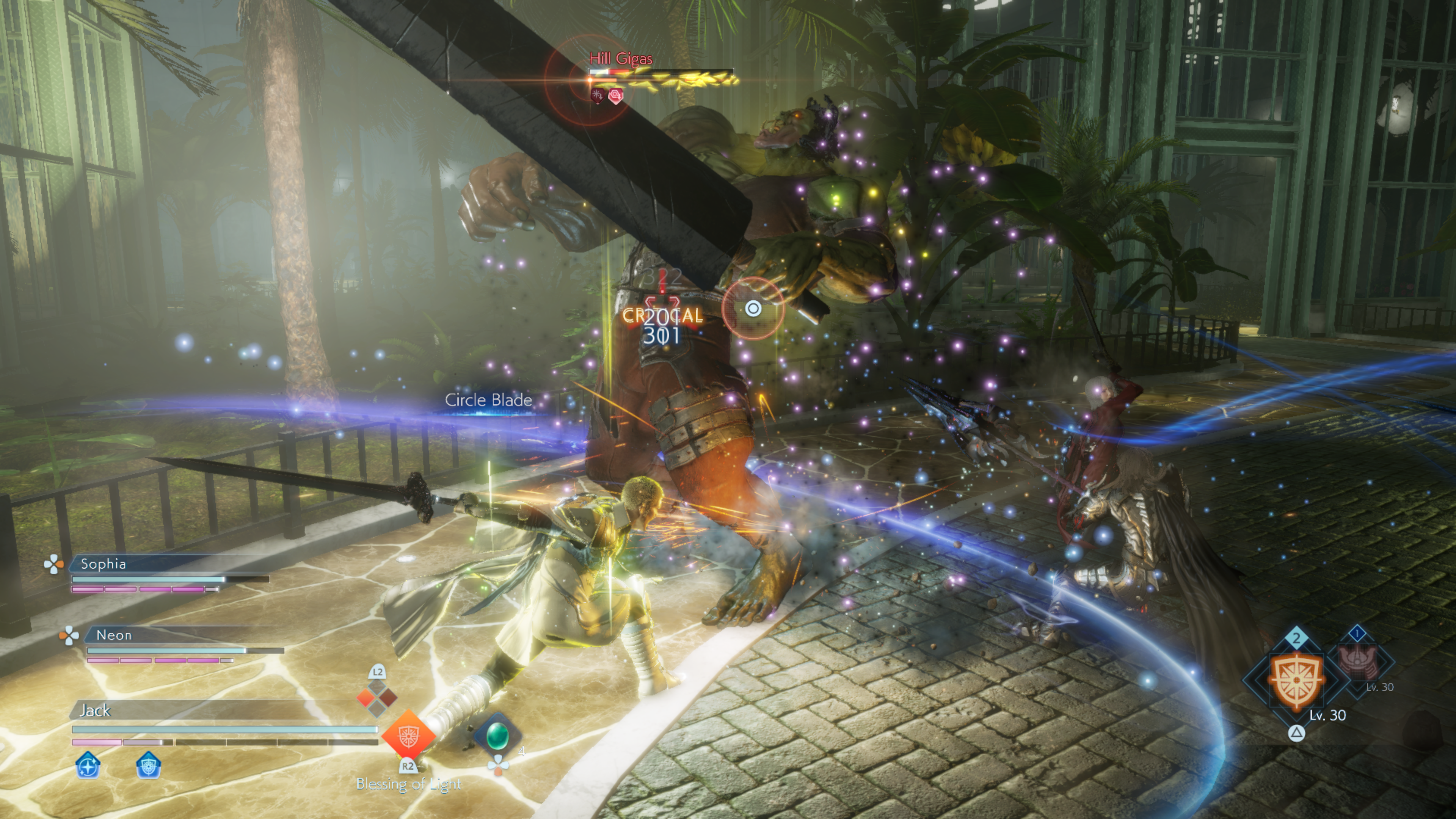 The finale of the campaign is undoubtedly one of the high points. A couple of near-end frantic and action packed segments reveal more twists and revelations than a rerun of a Jerry Springer episode.

After the credits roll in Stranger of Paradise, you are treated to a fun endgame that has the potential to be entertaining, and even better, the game’s co-op feature allows you to buddy up with 2 of your pals for some friendly monster slaying. The problem is though, that getting to the finale may well prove too difficult for some. Not because of the game’s actual difficulty, but because of the string of huge issues that litter the game.

The graphics, the characters, the dialogue, the inconsistency amongst levels and boss design. You could literally spin a roulette wheel with all of these things on it, and whichever one the needle lands on has the potential to make this game very tough to play through.

Given the pedigree of both Final Fantasy and Team Ninja as developers, it is incredibly disappointing that this game fell so short of expectations. The combat is super fun throughout, and the story concludes very cleverly, but these things are dwarfed in comparison to all of the issues Stranger of Paradise presents us with.

Lets just hope Final Fantasy XVI returns the series to it’s rightful place at the top of the food chain.

5.5
An inconsistent mess, that not even a solid combat system can save.