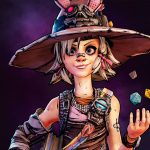 You are reading
Tiny Tina’s Wonderlands Spells are Perfect 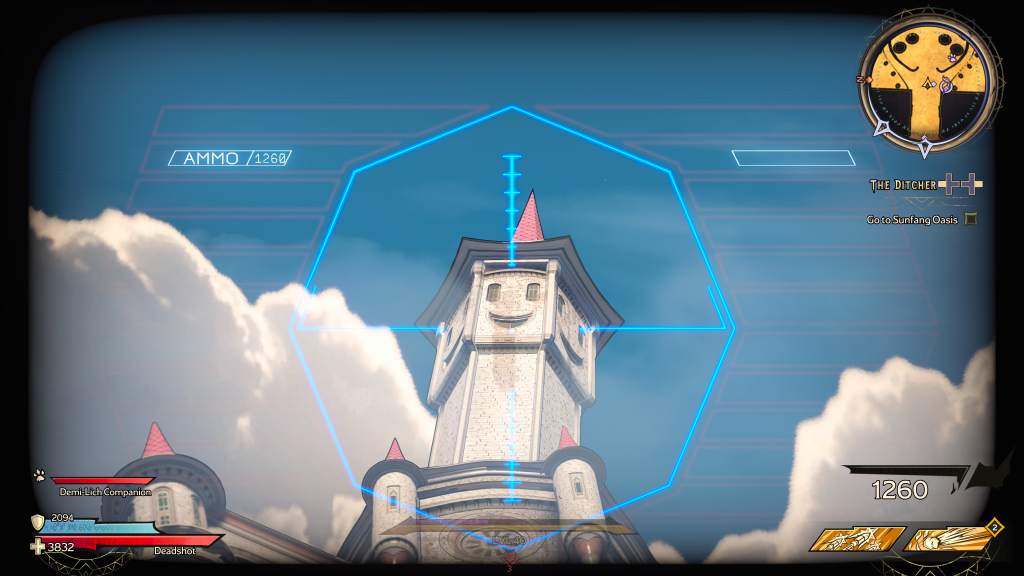 The Borderlands series has seen significant improvements with each installment. In Borderlands 2, there were significant changes to the viability of Action Skills. While also introducing crazy new weapons variants like Tediore’s throw to reload thing and the eridium weapon variants that just gave the developers an excuse to make laser guns. In Borderlands: The Pre-Sequel they introduced the aerial slam mechanic.

This would then become the melee slam ability in Borderlands 3. Where this game expanded on Action Skills to the point of full-on customization of those skills and characters being able to utilize more than one at a time. It also builds upon crazy variants of grenades and weaponry. Even pushing the bandit weapons to become some of the best to have. 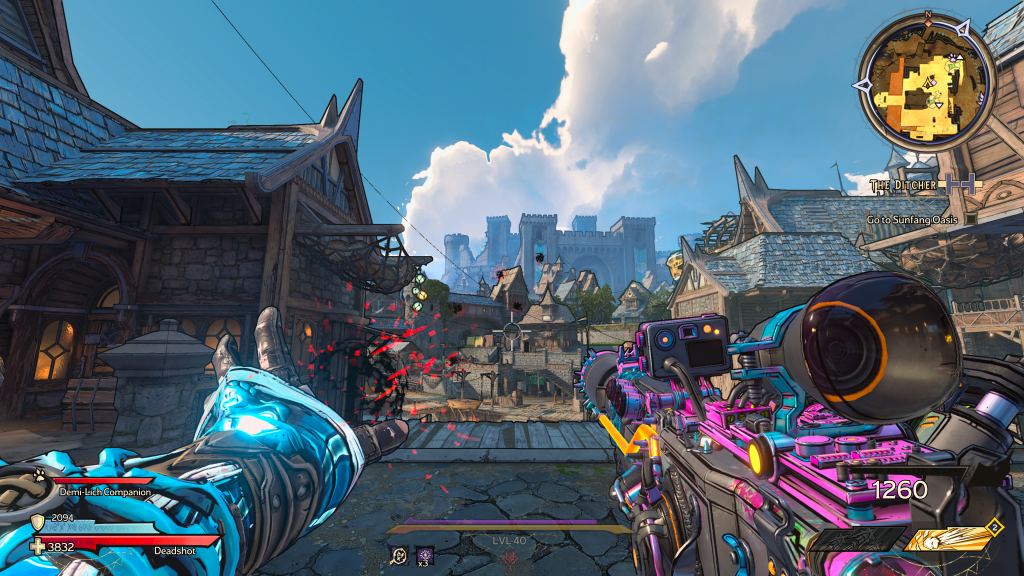 The timeline of improvements for this series has been great to experience as a long-time fan. So when Tiny Tina’s Wonderlands rolled around, it introduced a few changes I really liked. Melee weapons being their own thing now gives more build customization, as well as the trinket system granting various boons. But what I want to focus on here, are the spells. Because in this game, you no longer have grenades and spells are the replace them and I think they are actually perfect.

A Brief Explanation of Spells in Tiny Tina’s Wonderlands

Grenades in Borderlands were always the last resort. Something you could never truly rely on. There were crazy types of grenades, but nothing you can just keep throwing and reap the benefits. Because you could run out of grenades if you weren’t careful. Spells are the exact opposite in this regard. Spells operate on a cooldown and are not limited to ammunition. Making them something you can use in the flow of chaotic combat that Tiny Tina’s Wonderlands has to offer without the worry of running out. 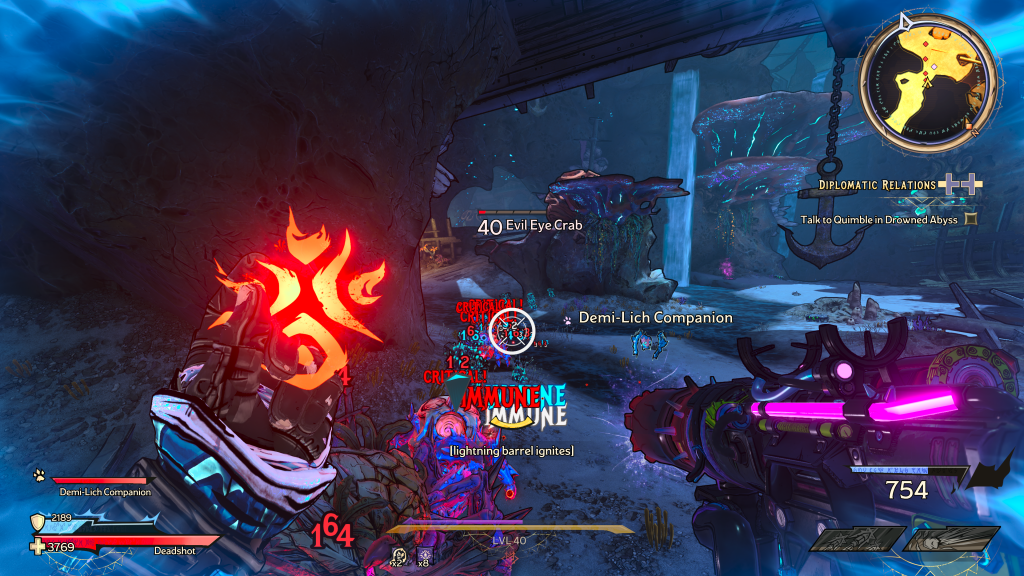 However, if you have to wait a few seconds to use them again, they would have to make an impact on the encounters you find yourself in, and they do. In fact, the spells are way more dynamic in combat. The best way to give an example of how they make that impact is by describing how some of them work.

Some are simple, wand flicks to shoot electrical bolts that track onto enemies. Or holding the wand in place to create an area-of-effect lightning strike. While some are more visually noticeable. Such as causing a traveling chasm in the ground that knocks enemies aside, or pulling a literal meteorite onto the battlefield. But it doesn’t end there, one spell even mimics a Borderlands 1 Action Skill. It allows you to throw a bird from your hand that tracks enemies and hurts them. Just like Mordecai’s Action Skill.

These are just a handful of the simple spells though and the impact they have is way more noticeable than any grenade in the previous games. If you’re swamped with enemies, cast an eruption and push them away. An enemy too far away to get an accurate shot off? Just throw a bird. Why not snap your fingers to cause an explosion or rain meteorites on a crowd of enemies? But it doesn’t end there.

Under the Spell of Perfection 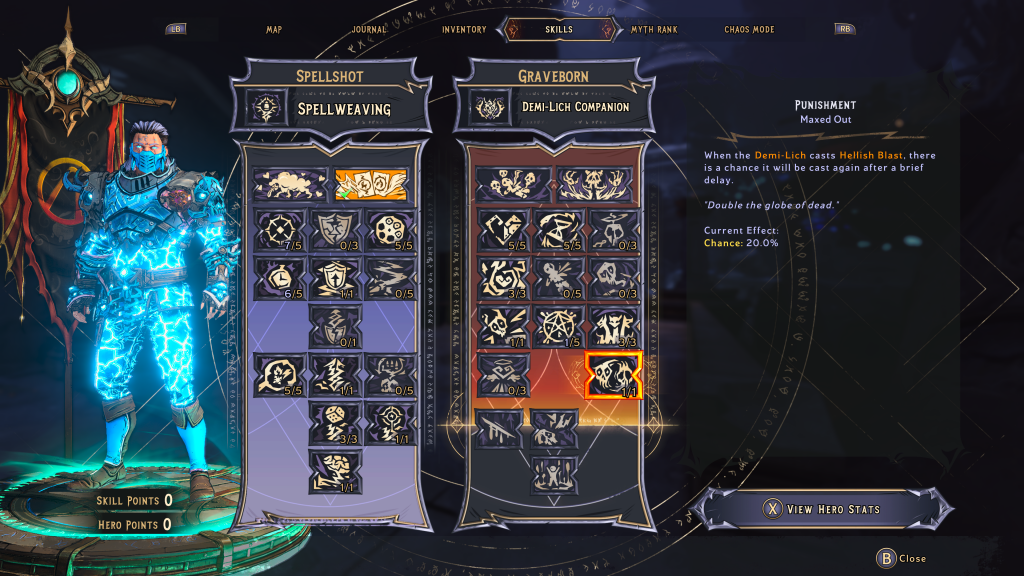 I chose the Spellshot and Graveborn combo “Deadshot” as my class in Tiny Tina’s Wonderlands. For those who are unaware, the Spellshot skill tree can enable dual-wielding spells instead of having an Action Skill. This goes hand-in-hand with the Graveborn’s passives for life-steal. Where you could mix and match spells and keep yourself standing tall long enough to reap the benefits. This is where I found the pure joy of spells in this game. Being able to experiment and essentially rely on spells made me understand what spells worked best and why.

Some of the legendaries I’m using currently are absolutely wonderful to use instead of my guns. A multiple finger snap that creates tracking bullets that steal health from enemies. As well as being able to throw an actual electrical barrel into a crowd. It creates so many fun scenarios while I’m mowing down enemies with a smile on my face. The versatility spells offer in Tiny Tina’s Wonderlands are a much-needed shake-up to the Borderlands series formula. 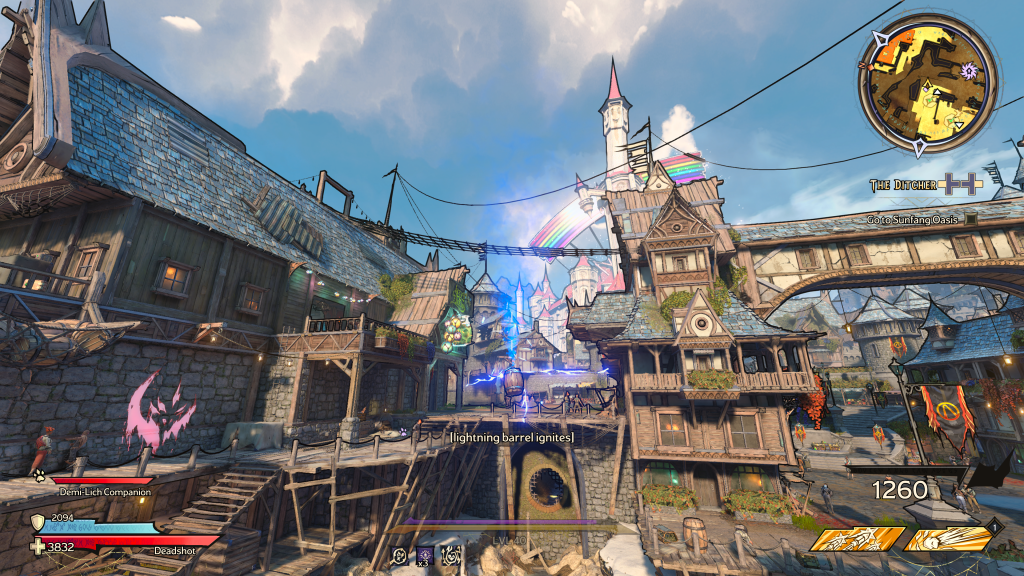 On top of being highly enjoyable as well, they rival guns and I never felt like I needed to swap to an Action Skill. However, I do understand it is unfair to only describe this feeling from one specific class. But I can’t really discredit this intended feeling of perfection because you chose the wrong class combo. There is a reason a whole class is built around these things. Due to the fact you are able to double the critical hit chance of spells and double the damage output just by casting. There is nothing similar to this in past Borderlands games.

I love the spells in Tiny Tina’s Wonderlands. The Borderlands series does get stale if they do just copy and paste the formula but just spit-shine it. So I really hope these things find some form in future titles. It would be a shame if they were exclusive to just this game. Because I cannot stress to you how much enjoyment a simple gameplay element brought to an otherwise “samey” entry in a long-standing looter shooter series.