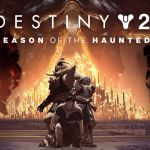 You are reading
Destiny 2: Season of the Haunted Revealed

Season 17 of Destiny 2 launches this week. Previously, the developers at Bungie kept all details under wraps for the new season. This tactic allows players to jump into the season blind and build more excitement. However, the season trailer leaked ahead of schedule prompting Bungie to make the official announcement. Welcome to the Season of the Haunted.

This season sees the return of the Leviathan as it orbits the moon. Prior to Calus’ disappearance, the Leviathan was filled with opulence and splendor. Now, Calus’ ship has a new horrifying makeover. Calus aims to be the herald of the end of all things for the Darkness. Consequently, he now seeks to commune with the pyramid on the moon.

Guardians must once again face nightmares on the moon. However, Eris Morn is not the only ally against these fiends. Zavala, Caitl, and Crow play a pivotal role in the seasonal story. They too have nightmares to overcome alongside the guardians.

Season of the Haunted Activities

Season of the Haunted brings two new activities for guardians to overcome. “Nightmare Containment” seems to be the matchmade activity similar to the PsiOps Battlegrounds from the previous season. Containment takes place inside the Leviathan. Here, players will face hordes of enemies to cleanse the nightmares. 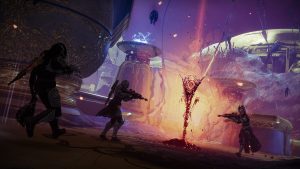 “Sever” is a weekly mission. There are few details other than Calus’ plans that will slowly become clear each week as guardians release his control over nightmares. Lastly, the trailer shows a totem being planted to help cleanse enemies. This is most likely the season artifact mechanic inside Nightmare Containment. The Synaptic Spear during Season of the Risen was used in a similar fashion. It is nice to see Bungie being more creative with the season artifacts outside of intriguing lore tied to the item.

The exotic tied to the season pass is a returning weapon. The Trespass is an exotic sidearm once wielded by Shiro-4. Shiro-4 himself was a trusted companion of Cayde-6. Additionally, weapons from the Menagerie are making a return alongside new season weapons.

Bungie has pledged their commitment to improving weapon crafting after its introduction in The Witch Queen. This season could see the popular Menagerie weapons become craftable. Hopefully, the process will be more streamlined with the removal of all but one currency. 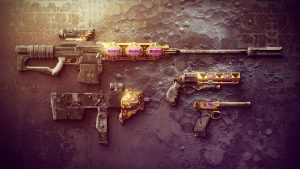 Lastly, the next subclass update arrives in Season of the Haunted. Solar 3.0 is still shrouded in mystery. The trailer does showcase new abilities. These range from a solar bomb grenade, Hunters using a well of radiance move, Warlocks incinerating enemies with the snap of their fingers, and more. The full breakdown is predicted to arrive with the TWAB later in the week.

Season of the Haunted launches May 24 at reset. Bungie is selling a season past booster that will net players 10 season ranks upon purchase. Additionally, there will be new Bungie Rewards to unlock and a Silver Bundle pack that gives a new exotic emote and 1,700 Silver upon purchase.

This season’s story is shaping up to be a harrowing one. The major players of the Light will have to face their inner demons if they hope to stop Calus and the impending approach of the Darkness. You can find the official season page here. Are you excited about the new season? Let us know in the comments down below. For all things Destiny: bend the knee in the realm at Lords of Gaming. 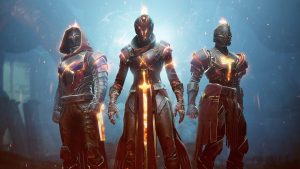