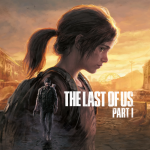 You are reading
The Last Of Us Part I: Reactions Remade

After two days of cutscene and gameplay leaks from The Last of Us Part I, Playstation has given us a clearer look at the remake and… The crowd has gone mild! Taking to Twitter, Reddit, and the various corners of the internet, the masses have voiced their dismay.

While Naughty Dog searches for Mario’s digits to sort the recurring issues with their waterworks, let’s take a look at the state of play.

“The Last Of Us: Re-Remastered” 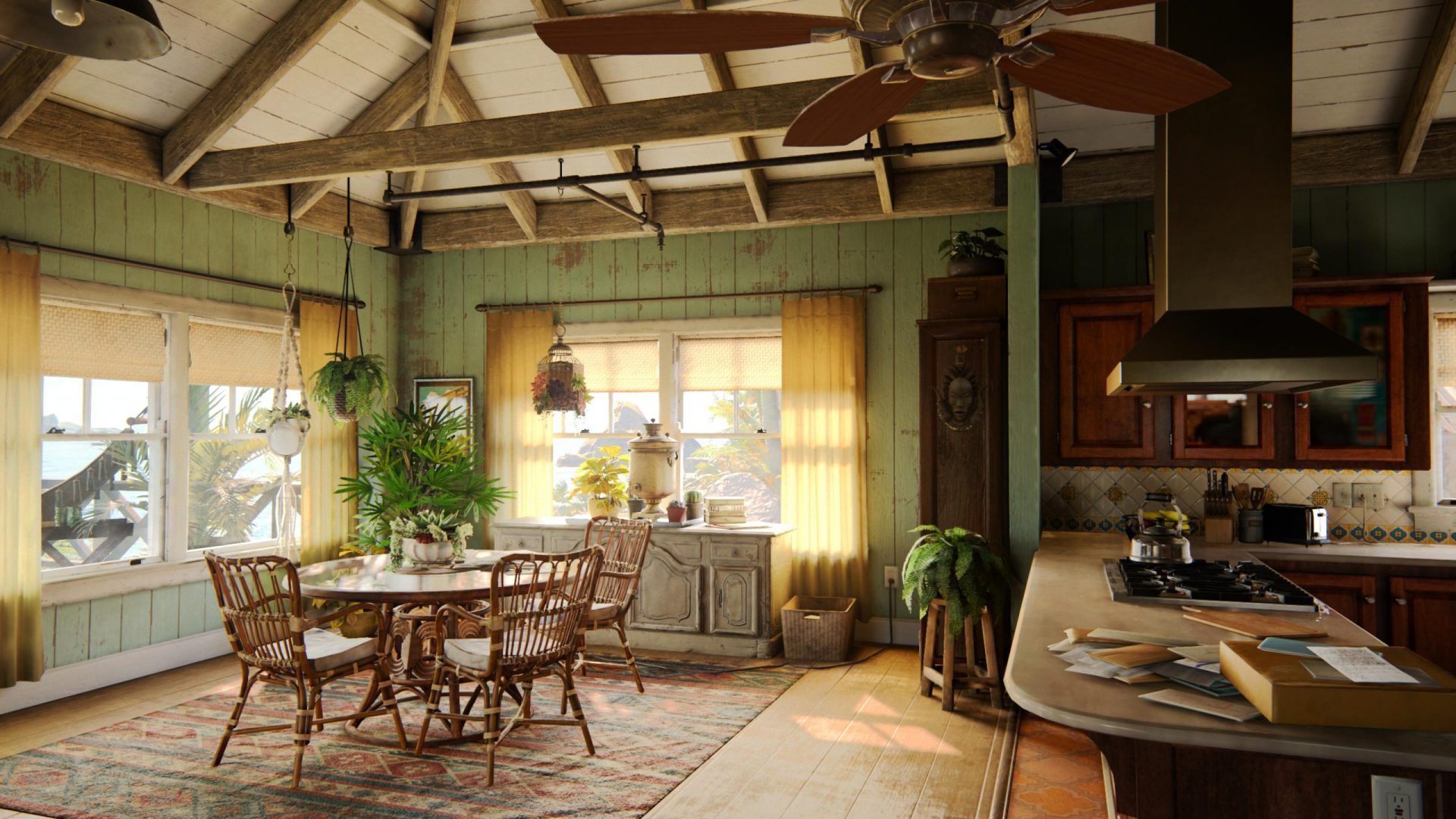 The Last Of Us was pretty when it was first released on PlayStation 3 in 2013. It was even prettier in 2014 when it came out on PlayStation 4 with a shiny new coat. Now, in 2022, the remake is downright stunning. Nobody in their right mind has ever dismissed Naughty Dog’s artistic talent as anything less than phenomenal. Achieving photo-realistic environments as early as 2015 in Uncharted 4 (above), it’s the remake’s character work that stands out. There are only so many superlatives and synonyms to suit the job so, just look at Tess (below). Whether you like her redesign or not is subjective, but she is objectively more detailed than her previous iteration. 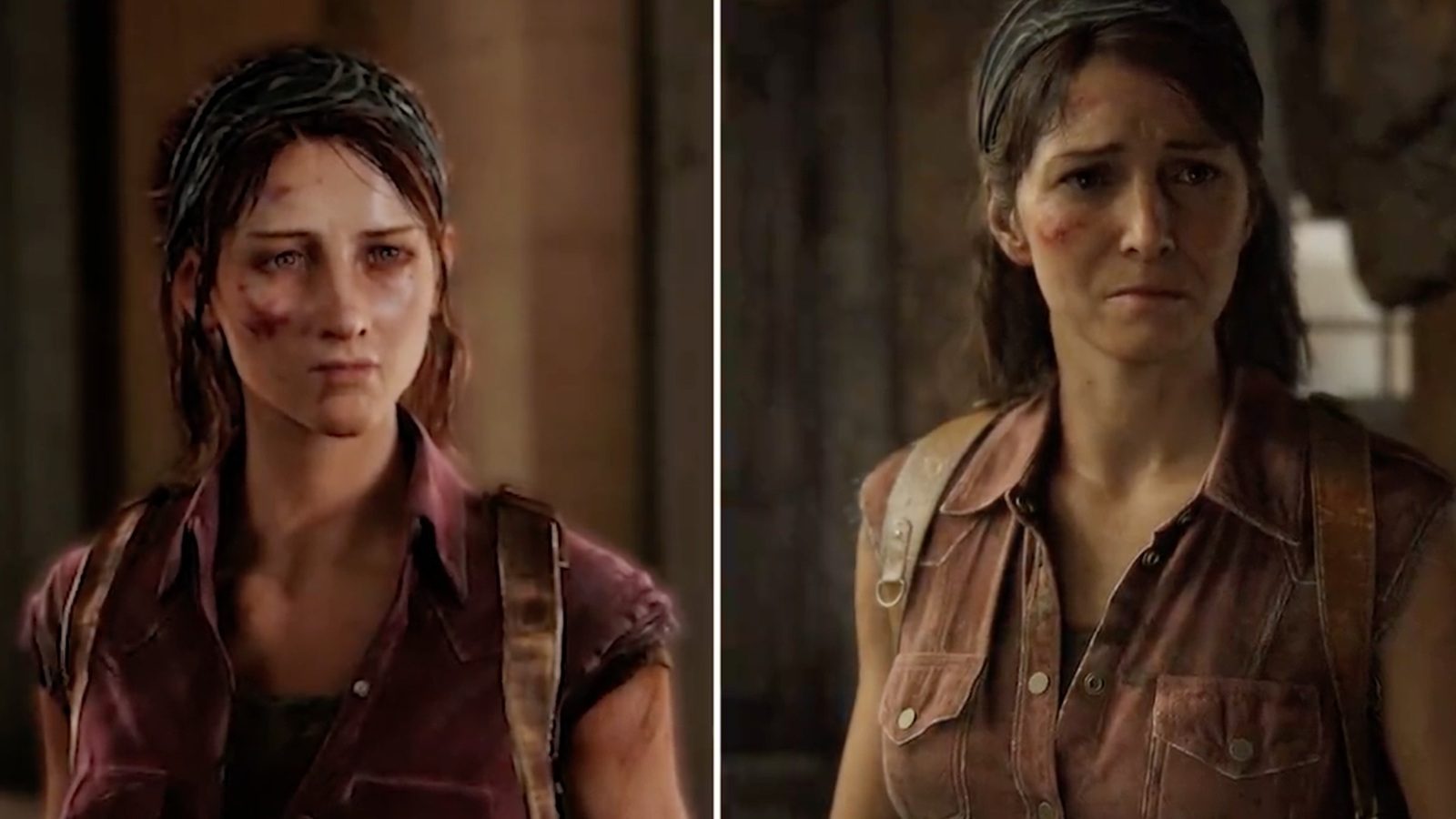 However, some have pointed out that in one particular screenshot, Ellie appears to have become devoid of emotion. In a scene ripe with tension, the subtle cues have seemingly been replaced with an almost indifferent, thousand-yard stare. Though this is just one frame out of millions, despite the array of objective improvements, subjectivity always has a say. 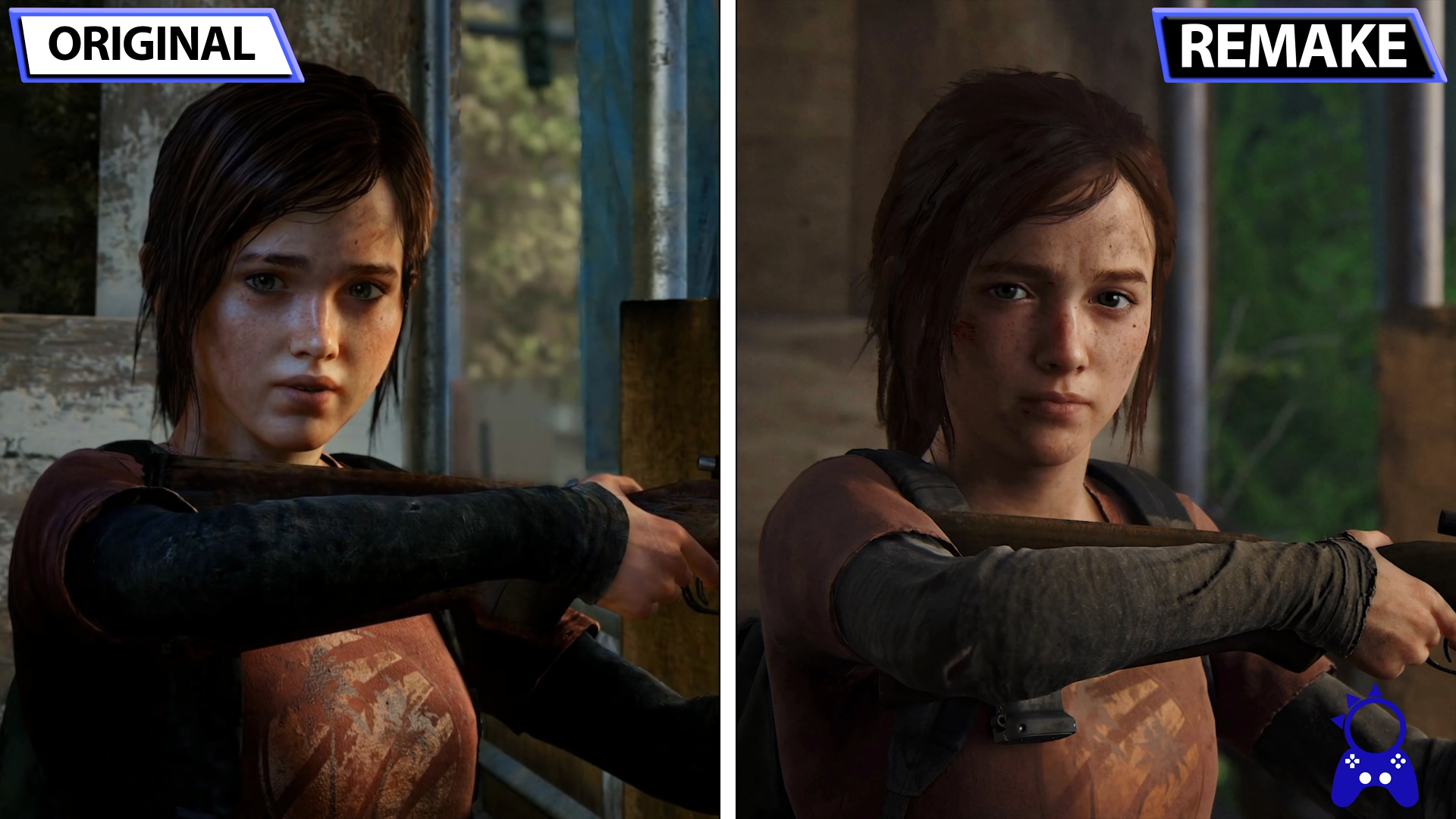 So, beyond the graphical question, what has the remake done to stoke the ire of the people? What else does it have to offer?

In 2020, The Last Of Us Part II won big at the Game Awards, netting the ‘Innovation in Accessibility award’ for its 60 accessibility options. Part I continues this accessibility push, including the first audio description over cutscenes in a PlayStation game. These features will allow many to experience the story for the first time, and that alone is awesome. 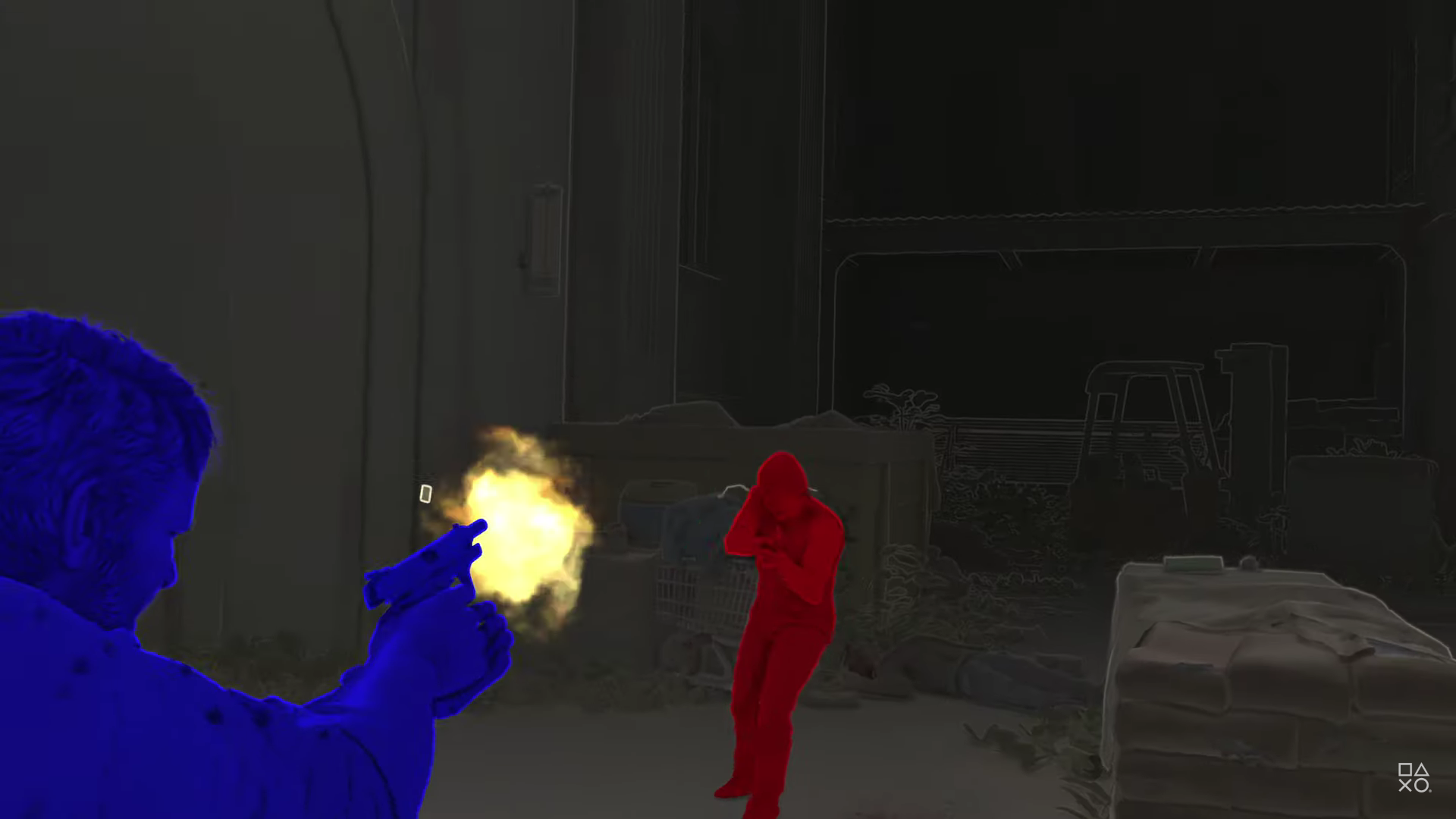 Other ground-up improvements include improved environmental physics, which up the ante on destruction. Motion mapping smoothes out animation transitions and enhanced AI improves behaviors for both enemies and buddies alike. Perma-death, speed-run, and enhanced photo modes also feature, as well as additional gameplay modifiers, renders, ASMR-inducing workbench animations, and a range of new skins. It even boasts a model viewer to check out those lovely, grimy details up close… 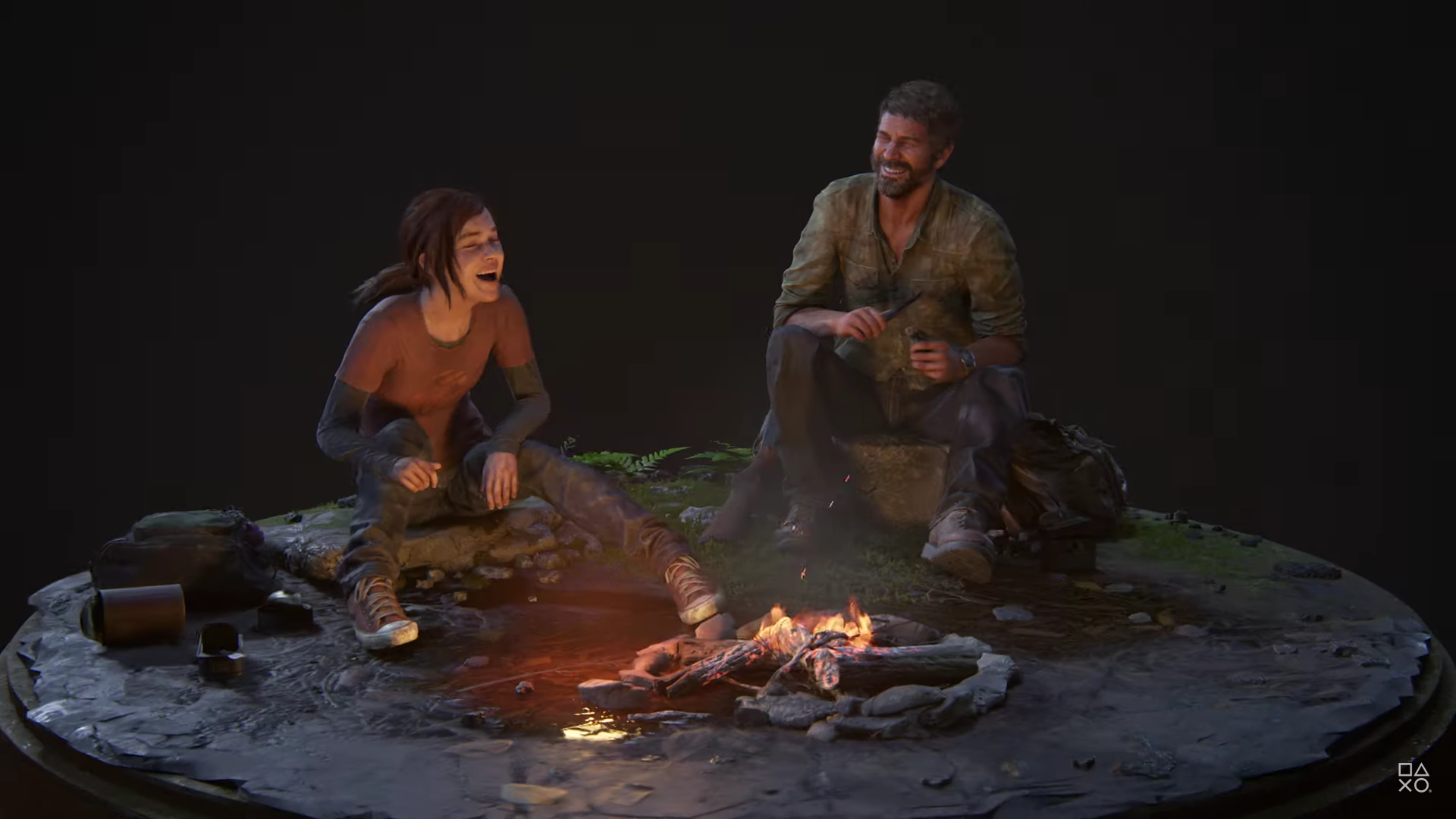 Standard PlayStation 5 haptics and 3D audio upgrades aside, that’s your lot. Maybe that sounds like a lot, or maybe it’s markedly disappointing, it depends on the shoes you’re in. Of the numerous calls from naysayers, many cry out in the name of pricing and combat enhancements.

Ultimately, gameplay in The Last Of Us is fairly simplistic, but it does what it needs to. If Joel was cartwheeling through Boston with the acrobatic finesse of a Lombax, it would look weird. If he wielded his machete with the perfected technique of a samurai, it would look weird. Or If Joel shredded his knees to pieces as he slid down a snowy slope, landing an arrow between the eyes of his latest adversary, it would look weird. Joel doesn’t need the showy locomotive gameplay of Ratchet, Jin Sakai, or Aloy. He’s a grumpy old man with a mean right hook. His gameplay suits his story and his world.

Now, don’t get me wrong, I love Joel. That raw, apocalyptic machismo, how could you not? Out here breaking noses and choking zombies like it’s nothing. But, say you make me choose between fighting as Jaw-breaker Joel and Abby Arms? Four times out of five, I’m going with Abby. Laying a smackdown on a fool just feels better in Part II. The animations, camera work, sound effects, everything combines into a ballet of bodily trauma. Yes, it’s disgusting, but that’s the point. On the receiving end of Joel’s fists is not a place you want to find yourself, nor in the same zip code as Abby when it’s clobbering time. 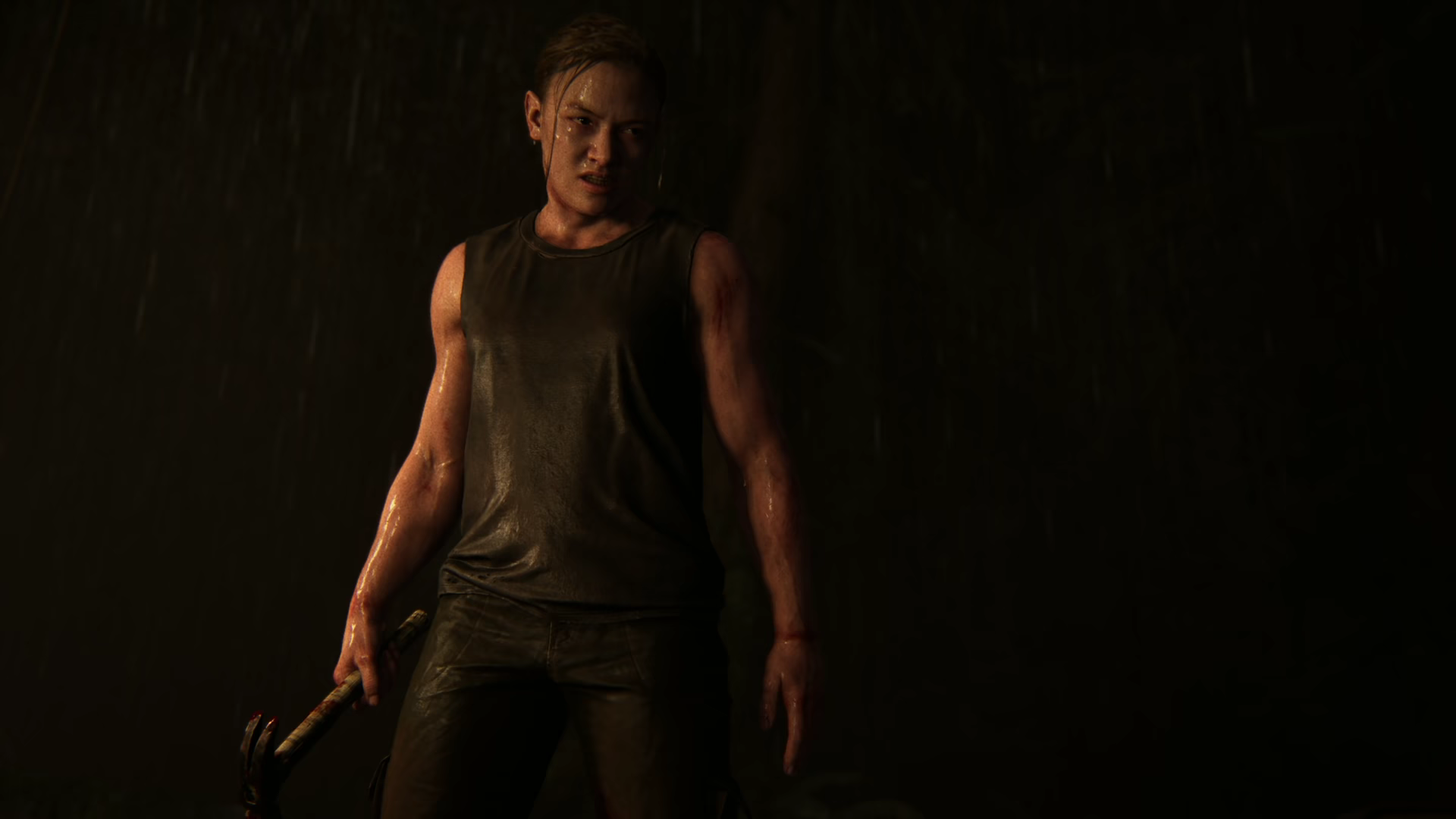 Of all the video game worlds you might want to wake up in, The Last Of Us should be low down on your lists. Way down. But as far as shock and awe in the melee space go, Part II does it right. So yes, it would be amazing if the devs at Naughty Dog had brought over the melee from Part II to Part I. Bobbing and weaving like a Texan Tyson? Yes, please. Crawling under cars and ambushing ankles with assault rifles? Sign me up. Yet, we find ourselves without. It’s a shame, but the sun will rise tomorrow.

It wasn’t so long ago that the crux of the outcry revolved around the lack of necessity for a remake in the first place. The last question then is, what’s the point?

The Last Of Us has sold 20 million copies over the last nine years. Part II has sold 10 million in two. Both are masterpieces of storytelling and these are great numbers, yet, there are millions still who haven’t played The Last Of Us. In 2023, HBO is bringing the live-action adaptation to the small screen. Their signature standard of quality will no doubt tantalize many newfound fans into considering picking up a copy. Those who might not have been able to fully immerse themselves into the first iterations of the game may now have a way in. And those who are simply itching to inspect every glorious strand of Joel’s beard in 4k will soon have their time upon them. 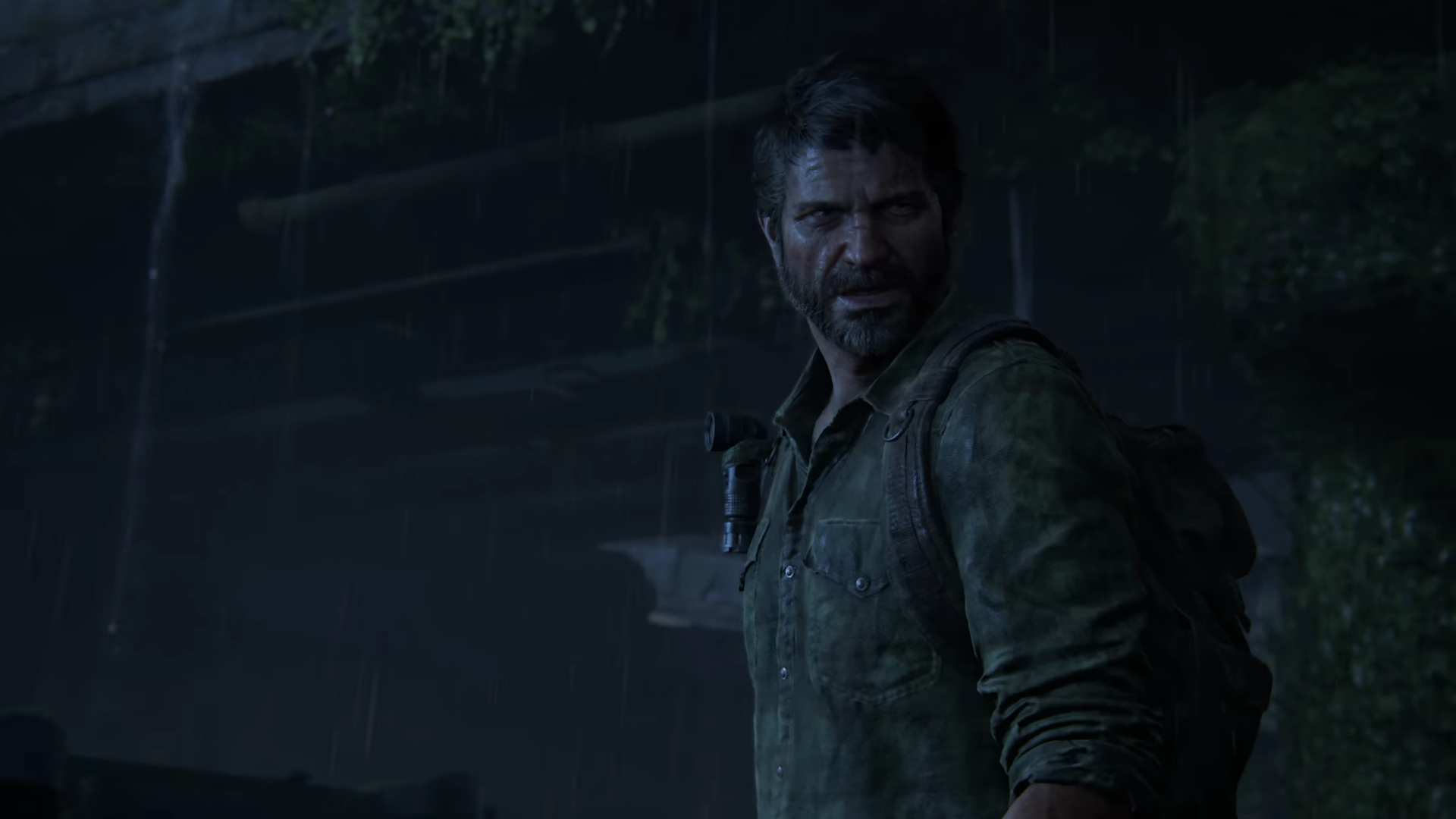 Will I be buying Part I at launch? Nope. Would the implementation of Part II’s combat mechanics change my outlook? Probably not. I love The Last Of Us. It solidified my respect for gaming as an art form. I’ve played it through around 12 times and seen everything it has to offer. I don’t need to play this game again, not any time soon anyway. If you want in, but can’t justify dropping $70 at launch, time is on your side. Good things (and sales) come to those who wait.

Of course, the real tragedy is that this remake is missing Factions, the multiplayer mode that had no right to be as good as it was. But still, if the standalone multiplayer Naughty Dog has in the works lives up to this writer’s sub-surface hype, it’ll be more than worth the wait.

Is this remake for you? Will you be playing day one, waiting for a juicy sale, or are you content with the PlayStation 3/PlayStation 4 iterations? Let us know in the comments below.