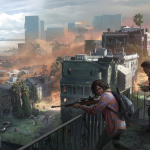 You are reading
The Last of Us – Factions 2: Spore-adic Speculation

“Tourist!” “Firefly!” “Bomb set, watch your ass”. With The Last of Us launch in June 2013, I knew I was in for something special. What I was not expecting was the absolute rabbit hole that was Factions. The multiplayer mode had no right to be anything more than a middling bolt-on. From the instant, I dipped my toe in, however, I was hooked. Dragged down the burrow by a gravitational pull that would bend space-time. Turning days into nights and minutes into hours. Testing the limits of how little sleep my body and mind could function on. 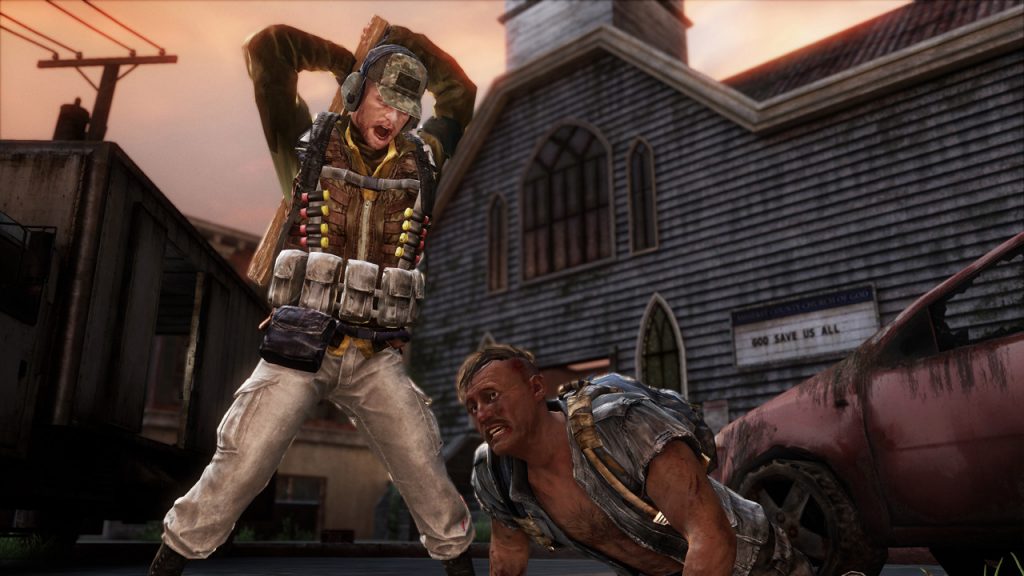 Coming from the gunslinging, ammo dumping, prestige popping shoot-em-ups of the late noughties and early teens. Factions forced a slower pace. Throwing you into tight maps with a scattering of bullets and a couple of rags. The fight to find and scavenge more supplies was every bit as visceral as the campaign’s combat usually necessitated a tactical approach to outsmart and outmaneuver your opponents. With a competent team and some keen wits, flanking and stealth were often more viable approaches than a full-frontal assault. Which would usually end with you resembling a nuclear test dummy, post-test.

A Deeper Look Back on Factions 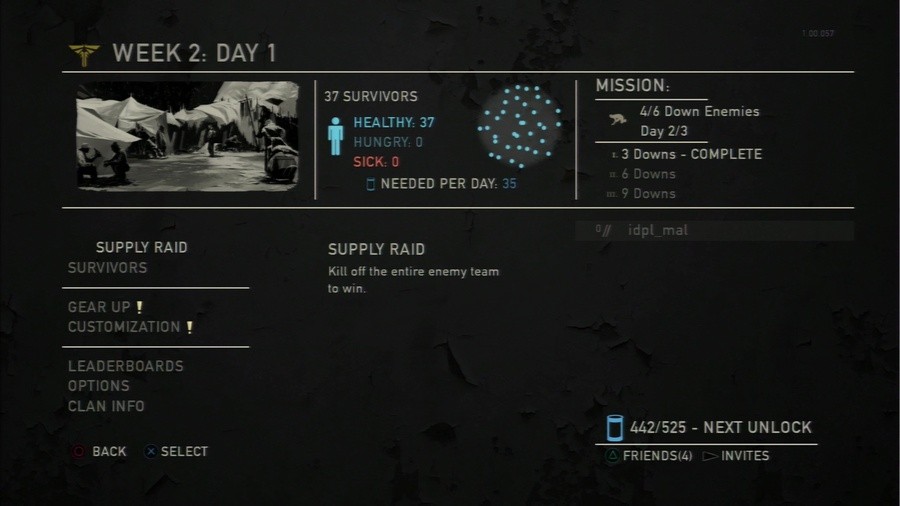 Then there was the metagame. With each match played, you earned a certain amount of supplies to take back to your ‘”clan” to help grow the population and maintain their health. This clan was nothing more than numbers and text on a lobby screen, but by tying certain unlocks behind population milestones. This menu had more meaning than most. You could even sync your Facebook account, turning these generic camp dwellers into friends and family. But you can be damn sure that the pressure to bring back those supplies hit harder when you saw one of your own suffering from malaria or some other awful outbreak.

While the mode was by no means perfect, having introduced some rather egregious pay-to-win weapons after launch. It was a stellar example of what Naughty Dog could achieve in the multiplayer space. So, after The Last of Us 2 Part 2 was revealed, and the initial squeals of excitement subsided. I felt the gravitational lure of Factions creeping its way back into my conscious mind. Just how exactly would Naughty Dog expand on its first outing? Would character customization be expanded upon? How would I hold down a job when it finally did land?

Nearly two years later, these same questions remain, so, before speculating on what could be in store, what exactly do we know?

We know that Factions 2 (for want of an official title) was delayed as “the vision of the team grew beyond an additional mode”. This is good. The last time Naughty Dog saw fit to expand upon an initial concept in this manner. We got Uncharted: Lost Legacy. Originally intended to be similar in length and scope as Left Behind, the campaign DLC for The Last of Us. Lost Legacy went on to become another blockbuster entry for the series and featured some of the very best moments from Uncharted’s own legacy of phenomenal set pieces. 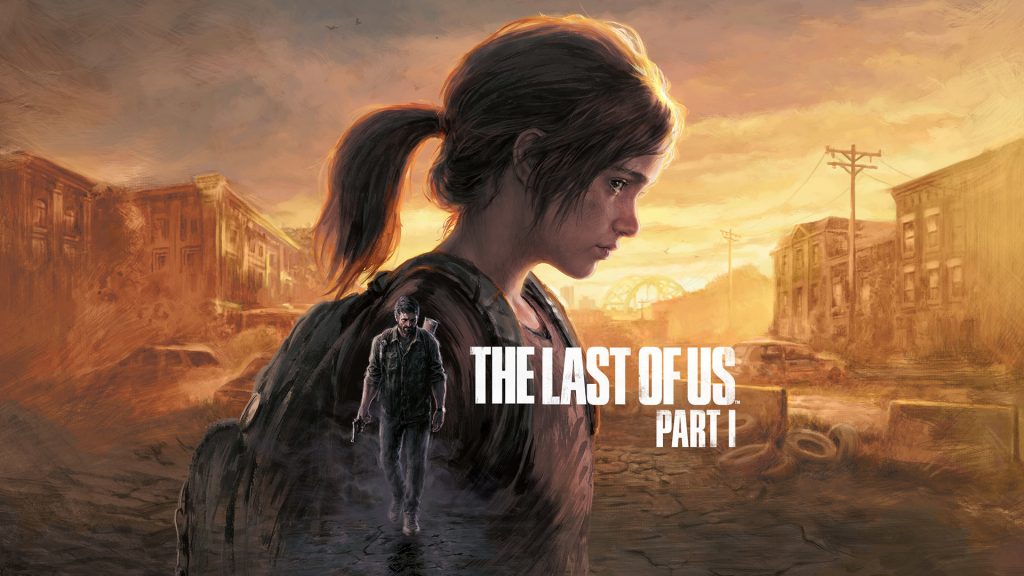 Following the Summers Games Fest blowout, where we finally got eyes on the long-rumored The Last of Us Part 1 remake. As well as the HBO show. We were also teased with tantalizing tidbits that ultimately revealed precious little by way of hard details. Describing the title as a “full-scale, standalone game, with [a] massive scope and immense world”. Naughty Dog noted, “more news to come next year”. Beyond these vague buzzwords, if the concept art is anything to go by. It looks like the standalone experience could be taking us to a city yet unexplored by The Last of Us; San Francisco.

Naughty Dog has also been on the hunt for a senior monetization/economy designer to join the team since December 2021. To “bring the same level of ambition and quality of our signature, story-driven games to this unique multiplayer project”. Whether this is a legacy job posting leftover, or their search continues still. We know that Sony is continually investing in the live service space. As they hope to launch ten live service games by March 31st, 2026. Making Factions 2 a strong potential candidate.

Finally, there are the helpings of rumors, leaks, and datamines to tide us over. Last year, Soliduss Gamer, posted an 11-second clip of early development footage of the multiplayer mode. Specilizer has found interesting files, including various armor sets, similar to the kind purchasable in the original Factions. As well as map assets and devices, seemingly pointing towards a larger-scale map not seen in Part 2.

With all this said and done, let’s speculate on what all of this could manifest as.

Undoubtedly, the most boring outcome of all would be if Factions 2 is unmasked as just a carbon copy reiteration of the first. Another team-based shooter with a few new maps and animations thrown in the mix. However, with all the evidence pointing towards something quite contrary, this seems highly unlikely. 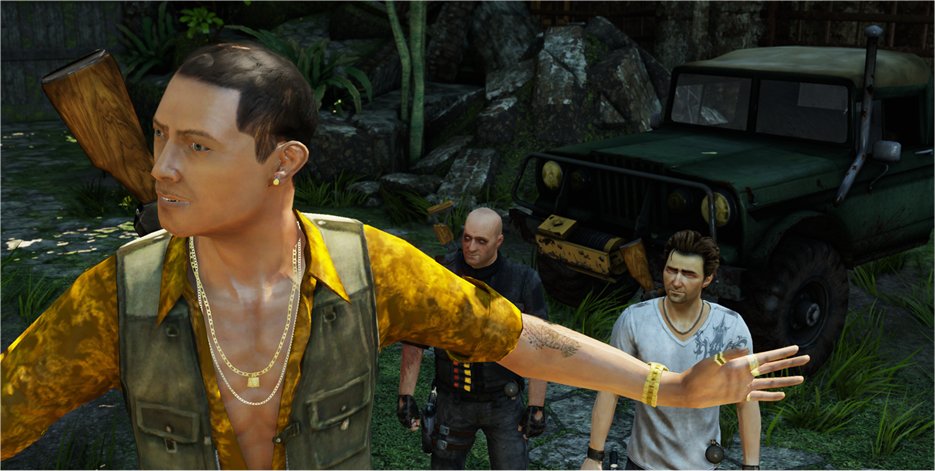 Much more interesting would be a revamped inclusion of the co-op mode first seen in Uncharted 3: Drake’s Deception. This mode had a fan-fic-like quality to it where Nate and Co. squared off against some of the series’ favorite villains in an almost Scooby-Doo-esque alternate timeline. Though lacking the usual high standard of Naughty Dog polish. The mode captured the spirit of what makes the Uncharted series so fun and made for an enjoyable romp if only a few missions long.

Given a real chance to shine, there’s no doubt that Naughty Dog would be more than capable of producing a heart-wrenching, medium elevating co-op campaign. They could even release the story episodically. Filling the time between chapters with new content on the multiplayer side. Feeding into the live-service elements of the game as a result.

Today, it is a simple fact that almost any blockbuster film or show will also feature in Fortnite. The stylized crossover event that laughs at the MCU. When imagining what The Last of Us could bring to the Battle Royale space, it looks a little different in my mind. 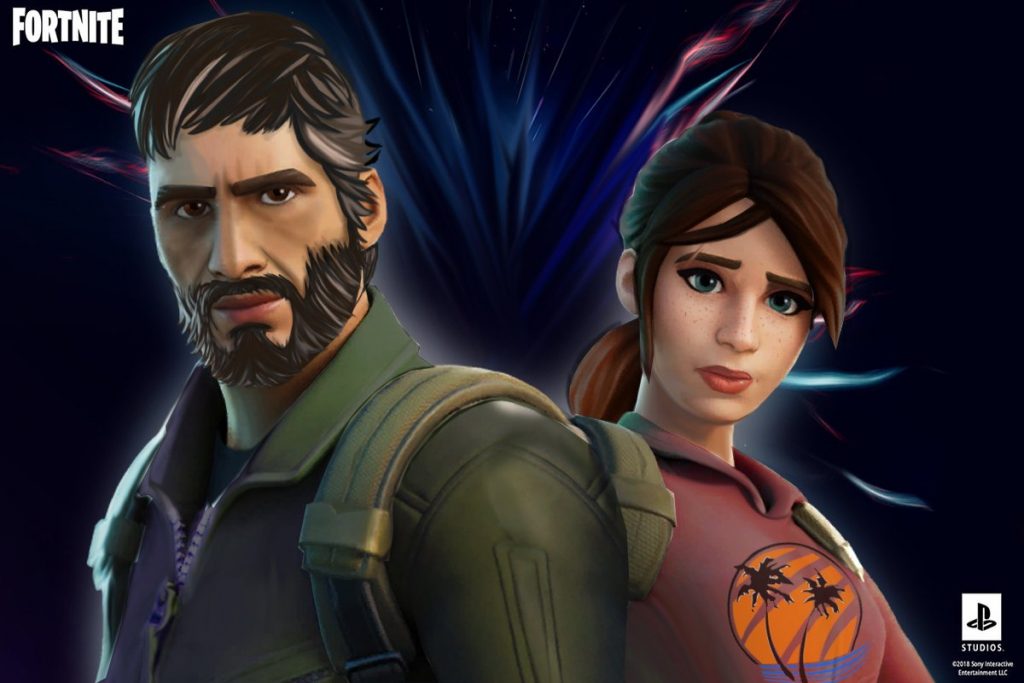 Having experimented with larger, less linear sections in their last three releases. Seattle makes for the obvious choice as Naughty Dog’s first BR-friendly map and if Specilizer’s video showing plans for a consolidated map is anything to go by. That seems to have at least been considered. With the fidelity and fine quality found in any Naughty Dog production. Expecting a fully rendered cityscape, where every room and floor can be accessible. Might be a tad over-presumptuous, but a large map with limited access, similar to Warzone’s, seems somewhat more feasible.

As far as making the gameplay feel unique, there’s plenty that would adapt neatly to the world of The Last of Us. Scatter some infected hives about the map and you have the perfect place to tuck away some of the more powerful loot.

Integrate perks from the first factions and allow players to interrogate downed enemies. At the cost of leaving themselves exposed, to temporarily reveal the location of other hostiles nearby.

Adapt Warzone’s gulag and allow players to respawn once in a series of subterranean safehouses, overrun by infected. Underequipped and outnumbered, if you could make it up and out to street level before your opponent. While using whatever tactics at your disposal, you could seal the entrance and get one last shot at making it to the top of the leaderboard.

However, Naughty Dog chooses to explain the closing of the ring, be it an encroaching hoard, a rapidly multiplying mutation of the cordyceps virus, or otherwise, this mode has loads of potential. Whilst San Francisco would appear to be the new location of interest, there’s no reason new maps such as Seattle, Pittsburgh, Jackson, Salt Lake City, and more couldn’t be added after launch to vary the formula.

Option 3: The Division x The Last of Us = The Best of Both Worlds

Finally, looking at New York and Washington in Ubisoft’s The Division series, it’s easy to imagine how the early days of the apocalypse may have looked in The Last of Us, minus the lack of infected. The Division’s co-operative open world, combined with its free-for-all multiplayer dark zones, offers unique gameplay opportunities that could thrive in the world of The Last of Us and, if recent rumors are to be believed, that may well be just what we have in store. 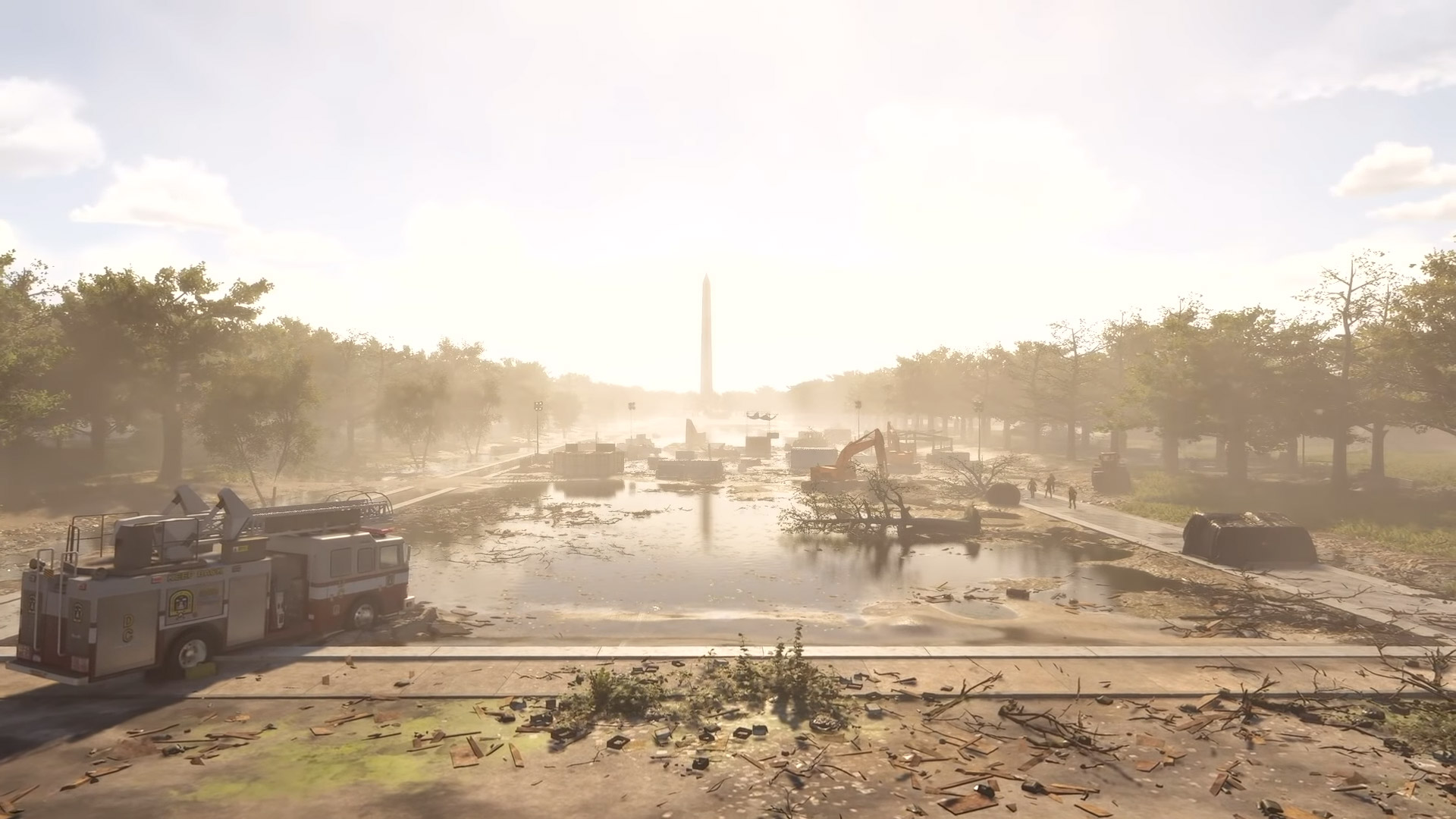 Image courtesy of The Division Zone

According to Oops Leaks, a supposed BR mode has been put to the wayside in favor of something more akin to a cross between Escape from Tarkov and The Division. Offering what I’d consider being a near-perfect union. Not only would this allow for the cinematic storytelling potential of a cooperative campaign, but would promote the kind of emergent gameplay that makes The Last of Us so enthralling.

To those unfamiliar with the concept of The Division’s dark zones, in essence, they are segmented areas of the map in which you can come across other players. Will these players be friendly and aid you, or will they attempt to murder you and pillage your pockets? Such is the mystery and allure of the dark zone.

Surviving in the Dark

Whether you’re springing or surviving them, in single-player or online, ambushes are where The Last of Us shines. The tension and timing of these moments lend themselves perfectly to both PvE and PvP, so by combining the two, we’d have something very interesting on our hands. Integrate some lite hoard mechanics and lure a few shamblers over to an enemy faction to thin out the herd before swooping in and finishing the job? Sounds like a great time to me.

Finally, as part of the build-back after the collapse of civilization in The Division. The games see you building up various camps and safehouses across New York and DC as you reclaim the cities from the various gangs who have claimed territories as their own. The inclusion of a physical camp for you to explore and some lite management options would go a long way to flesh out the clan metagame. Seeing the tangible impact of your supply runs on the camp would only make those runs all the more meaningful.

The Last of This Piece

However Factions 2 makes its way to us. Be it in tandem with the HBO show, as a full-priced standalone, or as a free-to-play game. The potential for this game is astronomical. As we wait for more juicy details to make their way down the grapevine sometime next year. If you’ve got any cool ideas for any modes, concepts, or mechanics we might see, or when we might see them. Join me in speculation in the comments below let’s see how close we get!