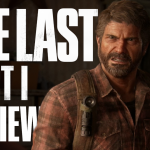 You are reading
The Last Of Us Part One – Review

While some debate whether or not Naughty Dog’s beautiful tragedy needed to be remade, The Last of Us Part One is here. Naughty Dog managed to enrich the dark, cinematic narrative with visual and audio upgrades. Additionally, they smoothed out the third-person, action-adventure gameplay. However, some of its PS3-era trappings are still intact. Albeit with some welcomed additions to the upgrade system.

The game looks amazing and the audio is better than ever. Not to mention, the classic soundtrack is back in full effect. Although, I question whether the inclusion of the Left Behind downloadable content makes up for the omission of the Factions multiplayer mode. Sit back and pick away at your six-string, kiddo. It’s time to review The Last Of Us Part One. 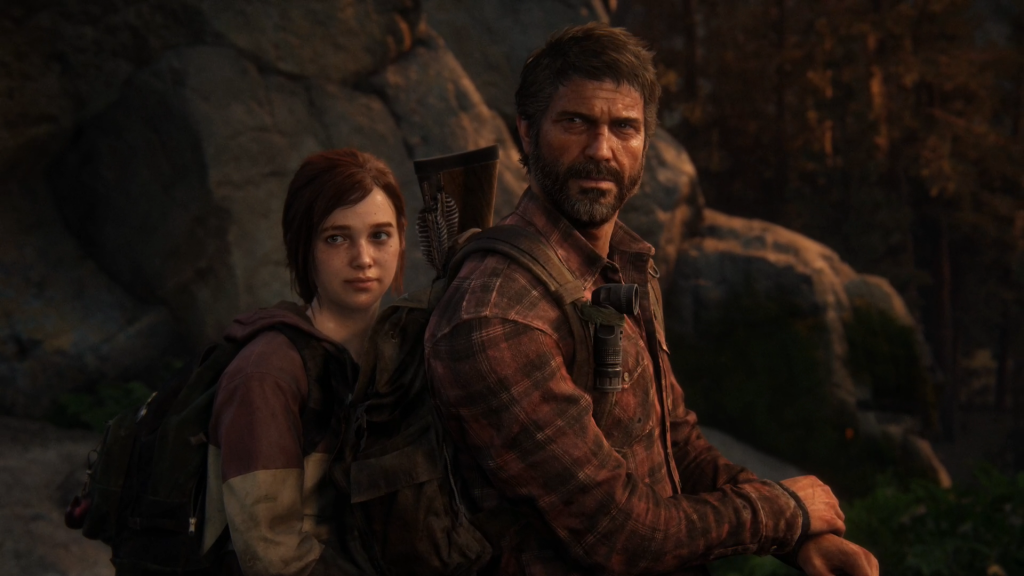 Once More Around The Country

Twenty years after the outbreak, Joel and Tess aren’t great people. They’re survivors that are stuck between two feuding groups: FEDRA and the Fireflies. FEDRA seeks to remain in control of the population. The Fireflies seek liberation and a cure for the cordyceps virus. Not to mention the monsters outside the quarantine zone; both infected and human.

However, the hope for humanity lies within a fourteen-year-old girl named Ellie. Caught between a rock and a hard place, Joel and Tess have no choice but to smuggle Ellie across the United States. Although, that is easier said than done. This road trip horror story explores loss, love, and the complexities in between. It won’t only challenge your skills, but also your emotions.

Naughty Dog told an amazing story with The Last Of Us. It’s dark and brutal, but the glimmers of humanity keep you going. The lack of agency over the narrative makes for a challenging experience, as you’re simply along for the ride. But the deep, emotional complexity of the events and the nuances found within make The Last Of Us stand out. Plus, the supplementary Left Behind DLC provides more action and a great narrative that answers some of the original story’s biggest questions.

The Last Of Us Part One takes that story and gives it the facelift that it deserves. The upgraded visuals in this package come with elevated facial animations (pardon the pun). These animations and the addition of 3D audio take the most emotional moments and turn them up to eleven (pardon that pun too). DualSense controller support includes vibrations that accentuate the dialog. Albeit gimmicky at first glance, this feature provides more weight to dialog delivery in a way I did not expect.

This tight, ten-hour story (plus the roughly two-hour DLC) has zero fat on it. The pacing is immaculate and every chapter is crucial. The characters are amazingly realized and the performances delivered by the actors are conveyed better than ever. The Last Of Us Part One is the definitive way to experience this story. But can the same be said for the gameplay? 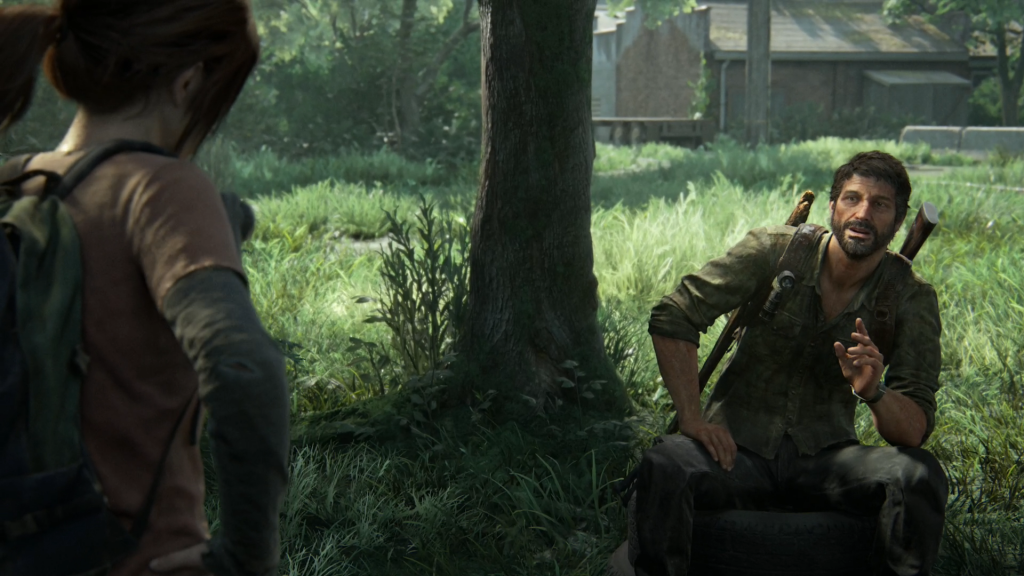 The Last Of Us is known for its story, but its gameplay is frantic and quite challenging (depending on the selected difficulty, of course). Along this cross-country trek, you’ll fight infected and survivors that want what you have. Additionally, you will find yourself in a constant struggle with ammunition and crafting materials.

The combat in The Last Of Us can be quite brutal and the scarcity of ammunition makes every shot count. This requires the player to scour every room for resources. An old rag may enable you to craft a difference-making health kit or molotov. Opening a drawer may contain a box of ammo that could save your life. The emotional weight of the narrative raises the stakes for the gameplay segments. You want to see the characters succeed, and failing to do so is crushing.

Additionally, there are collectibles littered throughout the levels. Sometimes they’re comic books for Ellie, sometimes they’re the last words someone ever wrote. Both enrich the narrative and establish Naughty Dog’s incredible world-building. I’m guilty of skimming through logs in other games, but I’ve always found them to be worth reading in The Last Of Us. That’s an accomplishment by my measure. 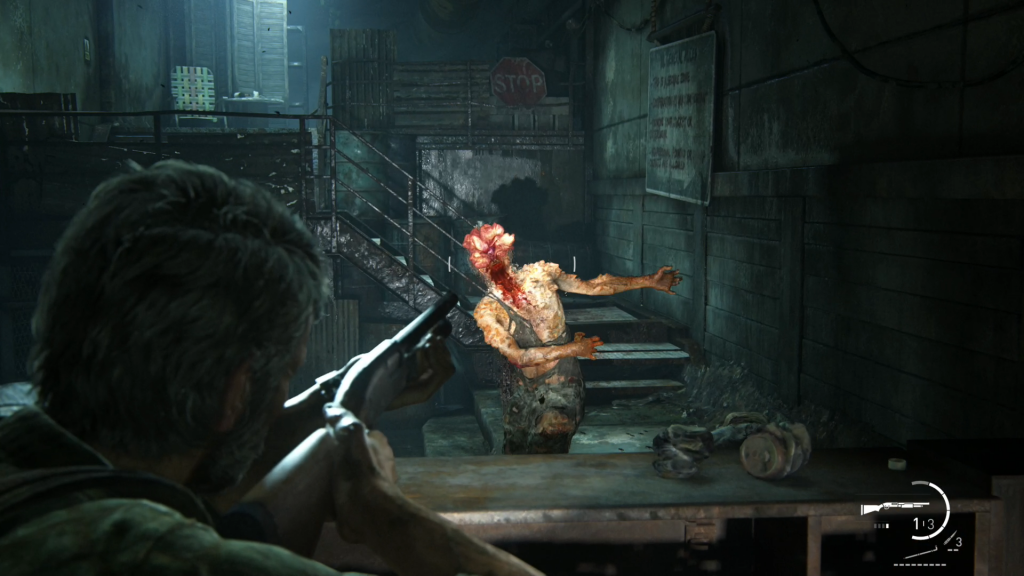 How Does It Compare?

Before playing The Last Of Us Part One, I revisited the PS4 remaster, and I noticed several improvements in Part One. The enemy AI feels more intelligent, movement and environmental interactions feel more fluid, and DualSense support enriches combat.

I’ve played the remaster quite a bit and enemy encounters feel procedural at this point. I know where enemies will be and how they’ll react. The Last Of Us Part One kept me on my toes, and I couldn’t use one Molotov to bait multiple infected into a fiery death. The enemy AI improvements make for a better, more challenging experience with fewer immersion-breaking moments.

There are adventure-style puzzles sprinkled throughout The Last Of Us. Sometimes you need to move a dumpster next to a ledge so you can climb up. Other times you need to find a ladder or plank of wood to bridge a gap. Naughty Dog smoothed out the animations during these environmental interactions and made moving dumpsters around less laborious.

The addition of the workbench animations from The Last Of Us Part Two is much appreciated. IT wasn’t at all necessary to include them, but they’re a lot of fun to watch. It sounds so simple, but the animations make upgrading your weapons that much cooler. 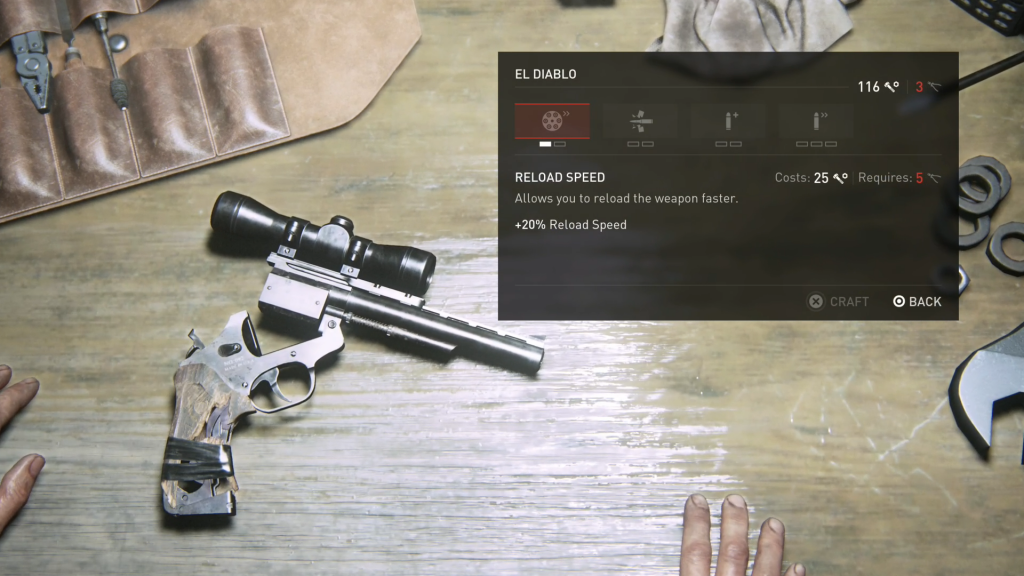 The DualSense controller continues to enhance the player experience for PlayStation games, and The Last Of Us Part One is no exception. The tension in the triggers when nocking an arrow or the sliding clink when loading a rifle can be felt in the controller. It’s subtle but noticeable, and I think it’s these minor touches that enhance an already great game.

What About Part Two?

After having played The Last Of Us Part Two, I wouldn’t say its gameplay improvements make the original bad. But not being able to go prone or craft silencers, or have access to more robust traversal mechanics and crafting systems, makes The Last Of Us Part One show its age. Everything seems less dynamic and simple. As a standalone product, one might not notice, but I would argue that anyone that plays modern games would notice the simplicity of the gameplay interactions.

I think there’s something to be said for maintaining the gameplay experience and level design, and simply making those mechanics operate with more fluidity. But by today’s standards, and those set by Naughty Dog with Part Two, The Last Of Us Part One feels of another time. It is a nine-year-old game, but an argument could be made that remaking a game means “from the ground up”. Anyone expecting that may feel disappointed. 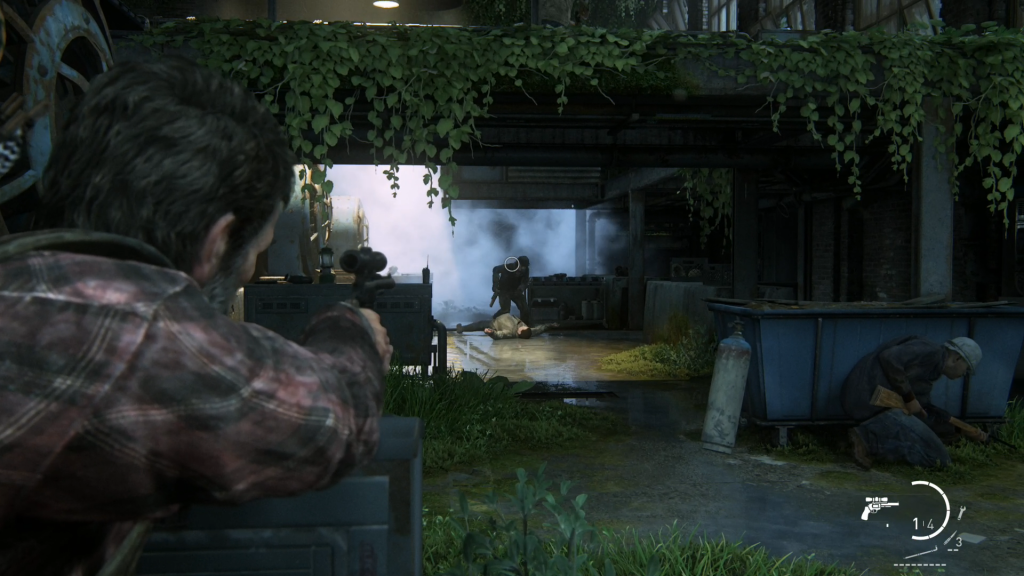 The Way We Remember The Last Of Us

The Last Of Us has always been a visual stunner. The original was the PS3’s swansong, and by 2013, developers knew how to best take advantage of the Cell processor. However, the Cell processor was a double-edged sword that stranded the PS3’s game library on the console. Unless a studio decided to port their games to the PS4.

Naughty Dog’s magnum opus was one of the first games to be ported to the PS4, and for a lot of people, that was their entry point to the series. The remaster sported an increased resolution and framerate, and it still looks great. However, The Last Of Us Part One looks leagues better. Naughty Dog has seemingly replaced every asset and reconstructed the world. It looks like how many of us remember the remaster looking. But once sat side-by-side, the differences are glaring. Living up to our rose-tinted memories is quite an accomplishment. 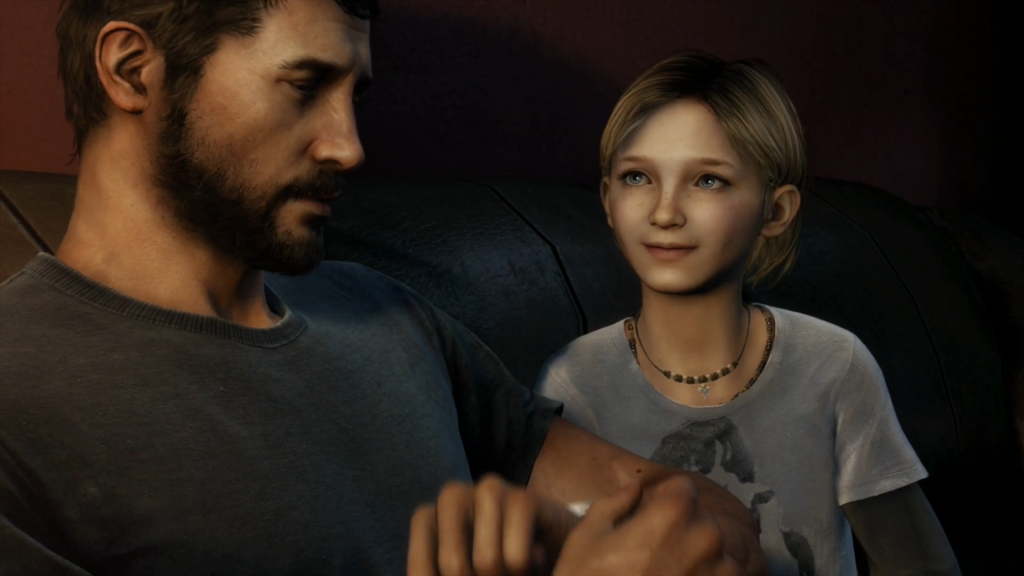 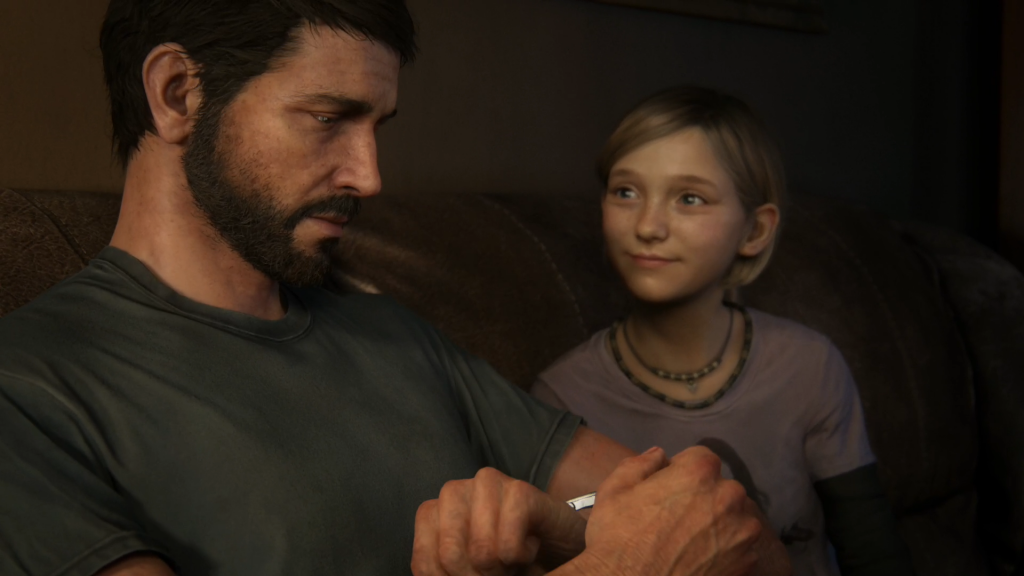 As I mentioned before, the improved facial animations enhance the experience by better conveying the performances of the actors. With such a narratively driven game, these improved animations supplement the impact of the game’s emotional moments. However, I think the lighting in The Last Of Us Part One is the most shining upgrade. Some moments see startling improvements that help keep the player grounded.

In terms of performance, Naughty Dog replaced the abrupt cuts between cutscenes and gameplay with transition sequences. This keeps the game flowing nicely and disguises any loading that’s happening behind the curtain.

Additionally, I think the more natural appearing character models affect the visual style of the original game. I prefer the more convincing style of 04, but the remaster will always be there. That’s more of a nitpick, but I think it will be the visual trigger point for nostalgia. 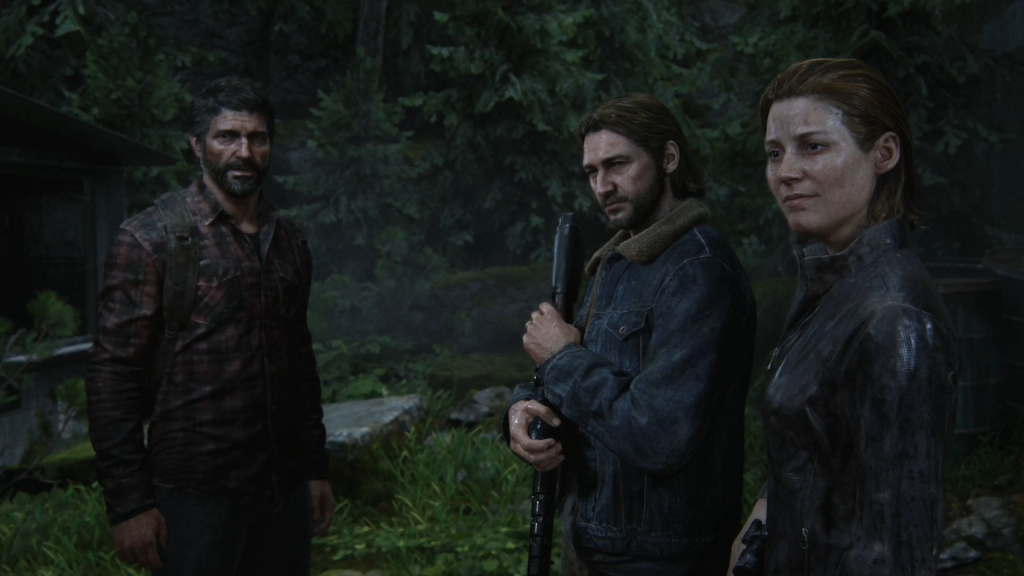 Part One echoes most of The Last Of Us’s original voice acting, soundtrack, and sound effects. However, I don’t say that to knock the game in any way. The remake strengthens and represents the performances of the actors fantastically.

The original soundtrack by Gustavo Santaolalla reprises its role in The Last Of Us Part One. It remains one of the more memorable soundtracks in any game I’ve ever played. The haunting tones of that acoustic guitar still give me chills and set the tone for this game perfectly.

I do want to make note that position affects audio fairly realistically. Even when not using the PS5’s 3D audio, I found the dynamics of the audio to be quite impressive. Moving away from someone, I noticed the panning of the audio in my soundbar. 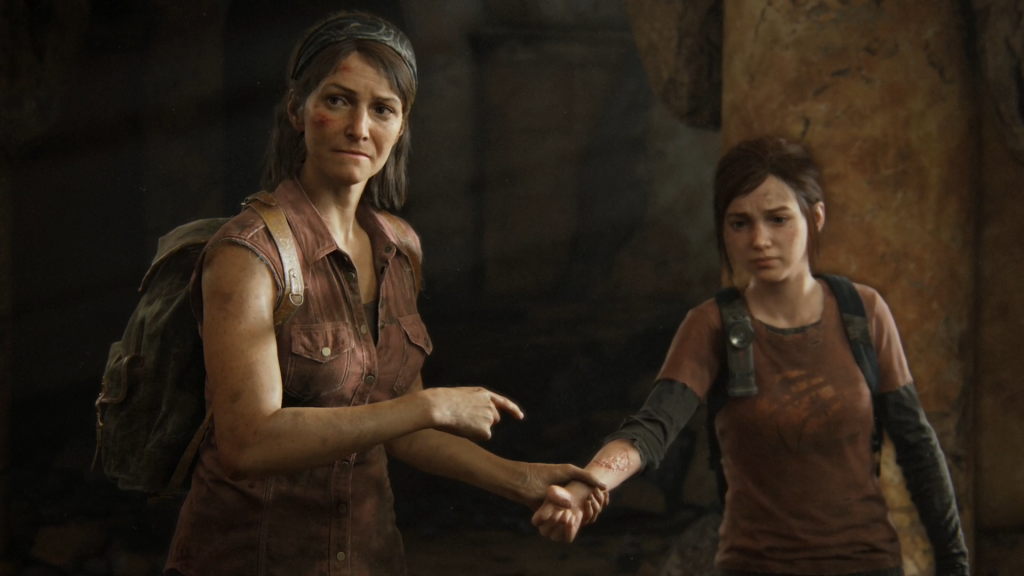 The most startling omission from this $70 package is the lack of the multiplayer mode. Factions never took the world by storm, but it wasn’t anything to sneeze at. In the age of tacked-on multiplayer modes, Factions was a cut above.

We know now that Naughty Dog is working on Factions, and will likely release it as a stand-alone, live-service game. But The Last Of Us Part One does feel like part of it is missing. Thankfully, Factions is still playable in The Last Of Us Remastered. 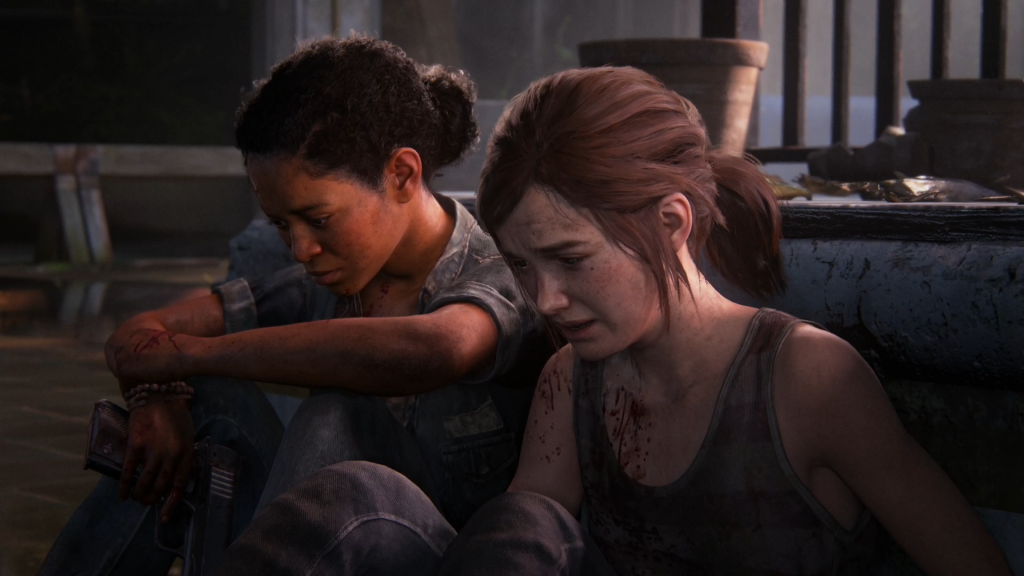 Final Thoughts on The Last Of Us Part One

The Last Of Us Part One is a great remake of a masterpiece. The story feels more impactful than ever. The gameplay is more fluid and polished, and everything looks and sounds fantastic. However, the omission of the Factions multiplayer mode means Naughty Dog didn’t remake an entire portion of the game.

I understand that Naughty Dog is working on Factions separately, and maybe it comes later in an update. Similar to what Sucker Punch did with Ghost Of Tsushima’s multiplayer. But that still means part of the game just isn’t here. I imagine Naughty Dog is completely overhauling the new Factions game, making it more akin to The Last Of Us Part Two. Particularly in the mobility and level design aspects. I’m sure it’s not going to be Factions “Part One”. So why not include Factions Part One in The Last Of Us Part One? 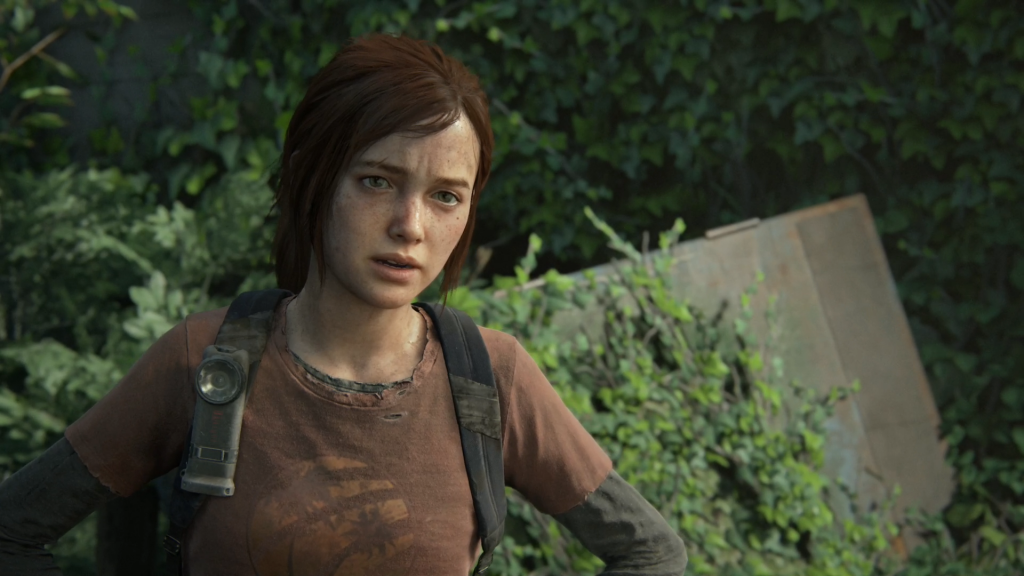 Outside of that critique, everything else in this package is immaculate. The pacing of the story, the depth of the characters, and the way the gameplay harmonizes with the narrative; that is what makes The Last Of Us great. The Last Of Us Part One makes that even better.

Outside of maybe going for the platinum trophy, I don’t see myself ever returning to The Last Of Us Remastered. The Last Of Us Part One is the only way I want to experience this story from now on.

Have you played The Last Of Us Part One? Let us know what you think in the comments below!