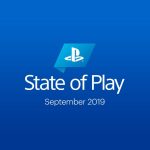 You are reading
Everything announced at State of Play September 2019

Skipping E3 2019, PlayStation has been pretty quiet this year regarding their upcoming lineup of games after the release of Days Gone back in April. On Twitter, PlayStation revealed their State of Play digital show earlier today which showcased around 20 minutes of updates on unreleased games as well as new game reveals.

Below are all of the announcements made in PlayStation’s September State of Play show:

The full show can be seen below: